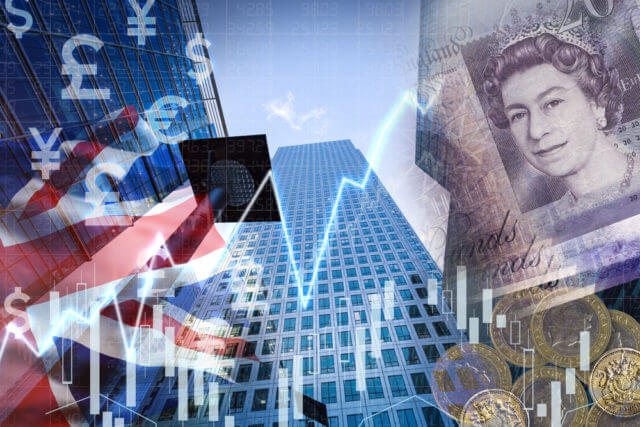 The U.S. dollar weakened further Thursday, amid uncertainties over a long-term U.S.-China trade deal and impeachment inquiry into President Trump. The ICE Dollar Index slid 0.2% on the day to 97.30, posting a four-day decline.

As we all well aware that these days confirmed to be most damaging for the U.S. Dollar against the bucket of currencies, therefore the traders of U.S. Dollar await for fresh clues.

The main reasons behind the greenback weakness are a rate cut, which is delivered by the Federal Reserve for the 3rd time back to back during this year, and apart from this, the rising uncertainty between the United States and China trade matter and china joined mixed data from the United States.

At the GBP front, the British got support from the increasing possibilities of the United Kingdoms present Prime Minster Boris Johnson to continue to his post after the snap elections during the December. Also, there were strong expectations regarding the pair’s bullish trend as the United Kingdom Prime MInster Boris Johson has strong relations with the United States and can be trusted for good trade relations in the future.

At the data front, all eyes will be on October month Market Manufacturing Purchasing Manager Index (PMI) from the U.K. and employment stats, ISM Manufacturing PM. We look for the manufacturing PMI to increase from 48.3 to 48.9 during October, supported by inventory building ahead of the (at the time of the survey) Brexit deadline of October 31.

Regarding the U.S. Nonfarm Payrolls (NFP), “U.S. Oct non-farm payrolls are anticipated to increase by 85,000 with the General Motors strike and decrease in census workers both a drag on headline employment increases. The jobless rate is seen to edge back up to 3.6% from a 50 year low 3.5%, and average hourly earnings growth is anticipated to stabilize at 3.0%yr after Sep’s sudden fall to 2.9%yr from 3.2%yr during August.

The USD/JPY currency pair flashing red and dropped from the high of 108.90 and just below the 200-day Moving Average, mainly due to report regarding trader war. Thus, investors were cautious and uncomfortable in the wake of news in which China said that we still open to continue trade talks after the first phase.

Notably, the benchmarks on Wall Street were stepped back from its highs due to the report that stated that Chinese legislators are spreading uncertainties regarding the matter of making a comprehensive long-term trade deal with the United States, even as both sides are close to reached on the trade deal.

Overall, the United States’ two-year treasury yields subsequently dropped from 1.62% to 1.52%, whereas the ten-year yield fell from 1.78% to 1.68%. After yesterday’s Federal Reserve interest rate cut and statement, markets were pricing in a Federal Reserve rate of 1.50% at the December conference and a terminal rate of 1.15% against 1.63% currently.

The USD/JPY continues to trade bearish with the selling bias due to weakness in the U.S. dollar. The USD/JPY pair broke the bullish channel, which was holding the USD/JPY at 108.800 zones.

Three Black Crows candlestick patterns are suggesting chances of additional selling in the USD/JPY until 107.450 today. On the upper side, resistance is likely to stay at 108.350. Consider taking bearish trades under 108.350 today.

EUR/USD pair overall sentiment is bullish. But as for now, the EUR/USD currency pair consolidates in the narrow range near the 1.1170 after the post-EMU data releases in the Euroland.

As of writing, the EUR/USD currency pair bullish trend is still strong and well sound, mainly after the advanced inflation figures in the Euroland. Also, headline consumer prices are anticipated to increase at an annualized 0.7% from 0.8% while Core prices are also rose somewhat to 1.1% from 1.0.

Moreover, the flash GDP numbers observe the economy in the bloc expanding 1.1% every year from 1.2% during the July and September month

Whereas, the consecutive weakness in the U.S. dollar still support the EUR/USD currency pair while resumed trade concerns raised recently due to the Chinese officials remain doubtful on the long term trade deal with the United States.

Such as, the EUR currency has succeeded in recovering the bullish monthly range, mainly due to the continued selling pressure in the Greenback.

On the other hand, the chances that the German economy may move into recession in Q3 remains an obvious risk for the outlook and is expected to send EUR currency down for the short and medium-term range.

The EUR/USD has struck below the double top resistance point of 1.1175 and has lately closed series of neutral candles, which are suggesting chances of a bearish bias until the 1.1175 level gets violated. The pair still stays in the buying zone as the MACD, and RSI value is holding above 0 and 50, respectively. Consider staying bullish above 1.1153 to 1.1180 and 1.1220 today.