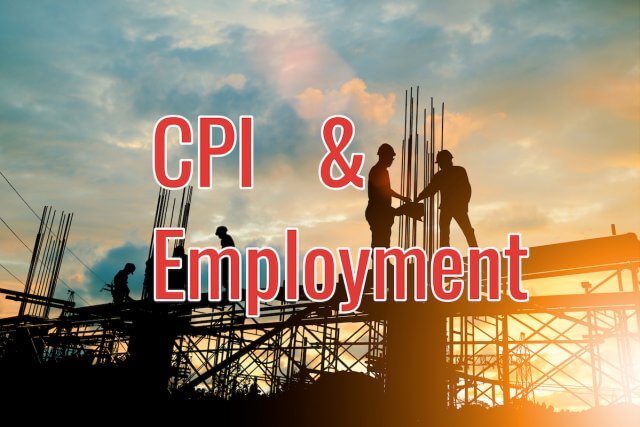 The eyes will remain on the U.S. Core PPI m/m and the Prelim UoM Consumer Sentiment from the United States on the news side. Both of the events are expected to drive some movement in the U.S. dollar and related currency pairs. During the European session, the French Final CPI m/m, Flash Employment Change q/q, and Flash GDP q/q will remain in highlights as these are coming from European counties; therefore, we can expect support to the Euro pairs.

The EUR/USD pair was closed at 1.18054 after placing a high of 1.18230 and a low of 1.17584. The currency pair EUR/USD reversed its Wednesday’s movement and raised on Thursday despite coronavirus worsened Europe’s situation. Italy was now expecting to enter a nationwide lockdown due to the increased number of coronavirus cases and curb the virus’s spread that should have caused the EUR/USD pair to continue movement in the downward direction. Still, the pair surged on the back of the weak U.S. dollar.

The U.S. dollar has suffered from risk-on markets sentiment, with investors becoming more optimistic after Pfizer’s 90% effective coronavirus vaccine. The greenback was also weak due to the declining CPI data from the U.S. At 12:00 GMT, the German Final CPI for October came in line with the expectations of 0.1%. At 15:00 GMT, the Industrial Production in September from Eurozone declined to -0.4% against the forecasted 0.6% and weighed on Euro and capped further gains in EUR/USD pair.

Moreover, the U.S. political uncertainties also continued weighing on the U.S. dollar after the victory of Joe Biden and becoming 46th U.S. President. Donald Trump has failed to concede Biden’s victory and has left the markets uncertain about what could happen next as Trump attempts to challenge the vote.

Meanwhile, the U.S. dollar was also under pressure because of the rising number of coronavirus infections on Wednesday. The cases increased to 142,000 new cases in a single day, and the hospitalization rate also increased and reached 65,000, the highest during the pandemic. These virus conditions in the U.S. also weighed on the U.S. dollar and supported the upward movement of the EUR/USD pair.

On the other hand, the ECB President Christine Lagarde said that she believes that the region’s monetary authority will move to launch a digital version of the Euro in the next two to four years. Previously, ECB officials disclosed that they were researching a central bank digital currency.

On the virus front, the ECB President, Christine Lagarde, said that the coronavirus vaccine had reduced the uncertainty and complete lockdown was not the best way to deal with the second wave. These comments from Lagarde also supported the upward movement of the EUR/USD pair on Thursday.

The EUR/USD continues to trade sideways at the 1.1804 area, facing immediate support at the 1.1749 level along with resistance at the 1.1835 level. On the further higher side, the violation of the 1.1835 level can extend the buying trend until 1.1907. On the lower side, the support level prevails at 1.1749 and 1.1680 level. The MACD and EMA are also neutral; therefore, we may see selling below the 1.1835 and bullish above the same level today.

The GBP/USD pair was closed at 1.31222 after a high of 1.32281 and a low of 1.31062. The pair GBP/USD continued following its previous day movement and extended its losses on Thursday. On Thursday, the Bank of England Governor said that he hoped a goodwill spirit would prevail between Britain and the European Union countries to smooth over unavoidable trade disruptions after the end of the Brexit transition period on Jan-1st.

Bailey also told a panel discussion with the U.S. Federal Reserve Chair Jerome Powell and European Central bank President Christine Lagarde that he felt very uncomfortable at the huge amount of economic uncertainty created by a coronavirus. On Thursday, Bailey said that he was encouraged by the latest coronavirus vaccine developments, which reduce economic uncertainty.

He also said that the trade talks were continuing between Britain and the European Union, but he could not judge the outcome. He said that he hoped that if there will be a trade agreement, there will be a goodwill spirit. However, he also told the panel Britain’sain’s financial sector was ready for the end of transition periods irrespective of a deal and was better prepared than the rest of the economic sectors. Bailey’s comments raised concerns in the market sentiment and kept the British Pound under pressure that left the GBP/USD pair on the downside.

On the data front, at 05:01 GMT, the RICS House Price Balance from the U.K. for October raised to 68% from the forecasted 54% and supported GBP. At 12:00 GMT, the Prelim GDP for the 3rd Quarter declined to 15.5% against the expected 15.8% and weighed on British Pound and added in the losses of GBP/USD pair. For September, the U.K.’s Construction Output raised to 2.9% against the forecasted 2.1% and supported British Pound. The GDP for September from the U.K. also declined to 1.1% against the estimated 1.5% and weighed on British Pound and further supported the GBP/USD pair’s losses.

The GBP/USD pair is trading at 1.3116 level, holding over 1.3110 level, which is extended by an upward trendline on a 2-hour timeframe. The Cable has recently completed 38.2% Fibonacci retracement, and now it’s holding above the double bottom support level of 1.3110 level. On the higher side, the pair may surge until the resistance level of 1.3190 level. The MACD and RSI support selling trend, but considering the trendline support and oversold indicators, it is worth giving a buy shot to GBP/USD pair. Let’s consider buying over 1.3110 level today.

The USD/JPY pair was closed at 105.121 after placing a high of 105.476 and a low of 105.068. The pair USD/JPY reversed its direction and started falling on Thursday amid the broad-based US dollar weakness. The decreased risk sentiment due to the escalated second wave of the coronavirus in the United States weighed on the USD/JPY pair on Thursday. The investors started to fear that governments might respond by imposing the lockdown restrictions that will slow down the economic recovery.

The United States reported about 140,453 cases on a single day on Wednesday, and it was the ninth straight day of above 100,000 cases. According to Johns Hopkins University, about 10.4 million Americans have been infected by the coronavirus so far, and nearly 242,000 have died from it. These concerns raised the safe-haven appeal and supported the Japanese Yen that ultimately weighed on the USD/JPY pair on Thursday.

On the data front, at 04:50 GMT, the Core Machinery Orders from Japan for September came in as -4.4% against the expected -1.1% and weighed on the Japanese Yen. The Purchasing Price Index (PPI) from Japan remained flat with the expectations of -2.1% for the year. At 09:30 GMT, the Tertiary Industry Activity for September raised to 1.8% against the anticipated 1.3% and supported the Japanese Yen and weighed on the USD/JPY pair.

Meanwhile, on Thursday, the Federal Reserve Chairman Jerome Powell cautioned that the US economy would further need support from Congress and the central bank even if a coronavirus vaccine becomes available by the end of the year. He said that despite the vaccine’s availability, there still will be millions of people left who have lost their job to the pandemic, and they will still struggle to find work as the economy will attempt to recover from the economic downturn.

He added that in the Federal Reserve’s eyes, the terrible rise in COVID-19 cases across the country was the “main risk” for the US economy. He added that the coronavirus’s third wave had forced several states to re-impose lockdown restrictions and caused people to lose confidence. He stressed that the economy would not fully recover until people are confident that it was safe to resume activities involving the crowd. These comments from Powell also weighed on the US dollar and added in the losses of the USD/JPY pair on Thursday.