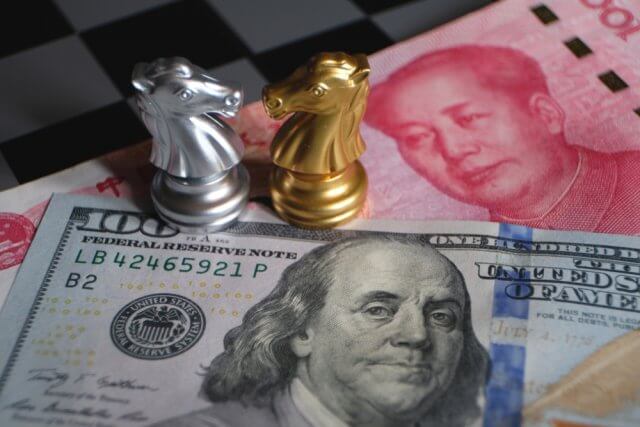 On the news front, the Bank of Canada Overnight Rate rate and Rate Statement will be in focus, and it may drive some price action in Canadian pairs. Elsewhere, we don’t have any major events that can drive sharp movements in the U.S. dollar related pairs. Let’s focus on technical levels.

The UR/USD pair was closed at 1.17734 after placing a high of 1.18273 and a low of 1.17654. The EUR/USD pair dropped on Tuesday and extended its bearish move for the 3rd consecutive day on the back of a strong U.S. dollar and ahead of ECB monetary policy meeting.

Recently ll eyes have turned towards the upcoming meeting of European Central Bank on Thursday to observe if they will do anything to push inflation pressure higher. Chief Economist Philip Lane has raised concerns over the high prices of local currency the last week. Though the currency has already come under pressure due to currency devaluation expectations or inflation, investors are still awaiting the words from ECB. The currency Euro is facing heavy pressure ahead of ECB’s monetary policy meeting and is weighing on EUR/USD for the past three days. The pair continued following the same pressure and dropped on Tuesday as well.

From the U.S. side, the NFIB Small Business Index was released at 15:00 GMT that advanced to 100.2 against the expected 99.0 and supported the U.S. dollar. The strong U.S. dollar added further pressure on EUR/USD pair and dragged the pair down.

Meanwhile, as the global coronavirus cases have surged to 27.3M, including 893,000 deaths, Spain has become the first nation in Western Europe to exceed half-million COVID-19 total infections. This also weighed on the local currency Euro and added in the currency pair losses.

The U.S. dollar was already strong because of its safe-haven status amid the rising US-China tensions after the tech fight escalated.

The U.S. has announced tariffs of any American company forcing overseas production. The U.S. has also warned its companies not to work with any Chinese company or face sanctions. Whereas, the greenback was also strong because of the weakness of its rival currency like the Euro and GBP.

The EUR/USD is trading with a bearish bias around 1.1780 level, having immediate support at 1.1756 level that’s extended by a double bottom pattern. On the 4 hour timeframe, the violation of the 1.1756 level may extend the selling trend until the 1.1715 level. The EUR/USD may find resistance at 1.1862 and 1.1958 level. Bullish bias seems dominant today.

The GBP/USD closed at 1.29806 after placing a high of 1.31697 and a low of 1.29798. Overall the movement of the GBP/USD pair remained bearish throughout the day. THE GBP/USD pair fell below 1.30 level on Tuesday at the lowest level since 30-July 2020. The pair extended its previous day bearish movement due to a fresh threat by Prime Minister Boris Johnson to leave the E.U. without any deal if progress in talks will not be made till October 15.

Johnson has said that there would need to be an agreement in place by the mid-October deadline when European Council convenes or warned that the U.K. would leave the negotiating table and follow the WTO rules.

However, the talks have become tough after the U.K. has already angered the E.U. members by unveiling plans to introduce a new law that would undermine the withdrawal agreement. Both parties signed the agreement into law and included all terms and conditions of the U.K.’s departure from the bloc.

The new bill aims to create common rules that would apply across the whole of the U.K. are expected to clash with the terms of the withdrawal agreement that requires the Northern Ireland to keep following E.U. rules in the post-Brexit period to avoid a hard border with the Republic of Ireland.

The talks have started on Tuesday between the E.U. chief negotiator Michel Barnier and U.K. chief negotiator David Frost. The U.K.’s controversial move about new law has made the E.U. angry, and the E.U. has said that it will be ready for a no-deal Brexit when the transition period ends on December 31. The British Pound suffered massively as the concerns raised ahead of Brexit talks and dropped below 1.30 level on Tuesday.

On the data front, at 04:01 GMT, the BRC Retail Sales Monitor for the year in August rose to 4.7% from the expected 3.5% and supported British Pound, but the traders ignored it as the focus was shifted towards Brexit talks. The U.S. dollar was also strong in the market due to positive data and safe-haven appeal and also weighed on GBP/USD currency pair. At 15:00 GMT, the NFIB Small Business Index advanced to 100.2 from the expected 99.0 and supported the U.S. dollar that added pressure on GBP/USD pair.

The GBP/USD is trading with a selling bias at 1.2948 level, set to test the support level of 1.2923 level. The Cable is trading within a downward channel, extending support at 1.2923 level and resistance at 1.3013. On the downside, the GBP/USD pair may find support at 1.2857 level upon the violation of the 1.2923 level. The recent bearish engulfing candle is also in support of the selling trend. The MACD is also supporting selling bias; therefore, we will be looking for selling trades below the 1.3000 level.

Today in the European trading session, the USD/JPY currency pair failed to break its thin trading range and still hovering below the 106.50 marks. However, the choppy trading around the currency pair could be associated with the risk-off market sentiment, driven by the US-China tussle and Brexit concern, which eventually underpinned the safe-haven Japanese yen and kept the currency pair under pressure. On the other hand, the broad-based U.S. dollar strength, supportive by the safe-haven demand, becomes the key factor that keeps trying to break the pair’s thin trading range. At this moment, the USD/JPY currency pair is currently trading at 106.30 and consolidating in the range between 106.20 – 106.39.

Despite the optimism over a potential treatment/vaccine for the highly infectious virus, the market risk sentiment remains depressive. Be it the worrisome headlines concerning the Brexit or the tension between the US-China, not to forget the coronavirus issues in the U.S., the market trading sentiment has been flashing red since the European session started, which ultimately keeps the safe-haven assets supportive on the day.

At the US-China front, the rising tensions between the United States and China continued to pick up the pace as President Trump earlier imposed punitive measures over the Asian major. As a result, China announced new visa restrictions to counter the Trump administration’s action against China. Also fueled the tension could be the fresh headlines suggested that the U.S. is considering banning some or all products made with cotton from China’s Xinjiang region. Apart from this, the Brexit’s gloomy headlines also weighed on the market trading sentiment, which eventually supported the safe-haven appeal in the market and dragged the currency pair down.

Also weighed on the market trading sentiment were the fears of rising COVID-19 cases in the U.S., Europe, and some of the notable Asian nations like India, which fueling fears that the economic recovery could be halt.

On the contrary, the broad-based U.S. dollar succeeded in maintaining its positive traction and remaining bullish on the day amid risk-off sentiment. The U.S. dollar gains were further bolstered by the ongoing upsurge in the U.S. Treasury bond yields. However, the U.S. dollar’s modest gains turned out to be the major factor that capped the pair’s further downside momentum. Whereas, the U.S. Dollar Index, which tracks the greenback against a basket of other currencies, rose by 0.13% to 93.168 by 9:53 PM ET (2:53 AM GMT).