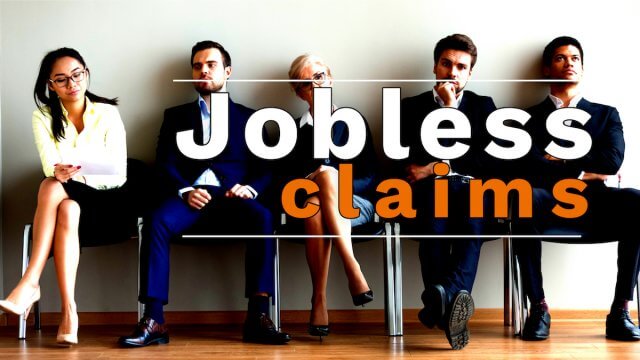 The reason for the risk-off market sentiment could be attributed to the latest disagreeability about negative rates showed by Fed Chair Powell as well as Powell’s comments on the economy keep the market risk-tone heavy and helping the greenback to take bids. Let’s wait for the U.S. Jobless claims to predict further price action in the market.

The EUR/USD currency pair flashing red and dropped from 1.0896 to 1.0812 on Wednesday while representing 0.10% losses on the day and currently drawing offers near below 1.0810 mainly due to the broad-based U.S. dollar strength in the wake of risk-off market sentiment. The reason for the risk-off market sentiment could be attributed to the latest disagreeability about negative rates showed by Fed Chair Powell as well as Powell’s comments on the economy keep the market risk-tone heavy and helping the greenback to take bids. The EUR/USD pair is trading at 1.0808 and consolidates in the range between the 1.0804 – 1.0825. However, traders are keenly awaiting the U.S. key data ahead of placing any strong position.

As we already mentioned that the market participants avoided risker assets and started buying the U.S. dollar mainly due to the risk-off market sentiment in the wake of renewed growth concerns. The Federal Reserve’s chairman gave warning on Wednesday about the scope and speed of the ongoing economic downturn while compared the slowdown pace with the World War II recession. Whereas, the Fed Chair Powell hints that the ongoing recession could be for the long-term if Congress fails to provide additional fiscal support.

Moreover, the Fed Chair Powell said we are not looking forward to keeps the negative rates. As well as, the Cleveland Federal Reserve President Loretta Mester said, “Negative rates not a tool we think we would use to support the economy. The reasons for the heavy risk-tone could also be attributed to the US-China tussle. It should be noted that the recent fire shots of words from China came after the U.S. President Trump ended Federal retirement savings fund from diversifying into the Chinese stocks.

On the other hand, the final German Consumer Price Index for April, which is scheduled to release at 06:00, could fail to leave any strong impact on the market until or unless the number prints significantly below estimates. As in result, the shared currency may face stronger bearish moves. At the coronavirus front, the number of confirmed coronavirus cases increased to 172,239, with a total of 7,723 deaths reported according to the latest figures from the German disease and epidemic control center, Robert Koch Institute (RKI).

On the other hand, from the United States, the PPI data came in poor than expected and was almost ignored by the market traders. The Producer Price Index from the U.S. for April was dropped by -1.3% against the forecasted -0.5%. The Core PPI from the U.S. for April also dropped to -0.3% against the expectations of -0.1%. The U.S. dollar ignored the data and was supported by Powell’s speech on Wednesday, so the strong U.S. dollar dragged down the upward movement of EUR/USD pair on Wednesday and ended the pair’s day with a bearish candle.

Market participants look forward to the key U.S. data, which highlights the U.S. Initial Jobless Claims, scheduled to release at 12:30 GMT, and final German Consumer Price Index for April, which is scheduled to release at 06:00, as these key data could influence the market moves. The trade/virus updates also will be key to watch.

On Thursday, the EUR/USD price dropped to test the support level of 1.0800, which is extended bu the upward channel. On the chart, the EUR/USD os closing a Doji above upward channel trendline, but at the same time, the 50 EMA and horizontal resistance seems to drive bearish sentiment for the EUR/USD pair. Continuation of selling until 1.0778 level may lead the EUR/USD prices towards 1.07782 level, and below this, the next support is likely to be found around 1.0730.

During Thursday’s early Asian trading hours, the GBP/USD currency pair failed to stop its 4-day losing rally and dropped around 1.2200 while representing 0.26% losses on the day mainly due to the Wednesday’s downbeat performance of the U.K. data. The Brexit and coronavirus fears also weighed on the British Pound. Moreover, the broad-based U.S. dollar bullish trend in the wake of risk-off market sentiment keeps the currency under pressure. At the press time, the GBP/USD currency pair is currently trading at 1.2189 and consolidates in the range between the 1.2187 – 1.2242. However, traders are keenly awaiting the U.S. Jobless Claims for near-term direction in the greenback.

As we already mentioned that the reason for the pair’s declines could be attributed to the multiple factors, like downbeat U.K. fundamentals, comprising sluggish data, coronavirus outbreak, Brexit worries, and most impactful is U.S. dollar strength.

The broad-based U.S. dollar is taking bids due to its safe-haven demand in the wake of risk-off market sentiment. Also, the Federal Reserve’s latest disagreeability from the negative rates bolstered the U.S. dollar strength. As well as, the ongoing uncertainty about coronavirus and the US-China trade war also keeps the market risk-tone heavy, which also contributed to the greenback’s gains. The U.S. Dollar Index that tracks the greenback against a basket of other currencies gained 0.03% to 100.317 by 11:47 AM ET (4:47 AM GMT).

However, the risk-off market sentiment further bolstered by the second wave of virus spread in major economies as well as the US-China tussle. At the U.K. data front, yesterday’s downbeat performance of the U.K. data urged the British Chancellor Rishi Sunak to say that there are many chances that the Uk economy will suffer in the deeper recession this year, and we’re already in the middle of that as we speak.

Powell said that Fed would continue using its tools in the betterment of economic recovery; however, it would need White House and Congress by its side for new fiscal aid. Powell stressed that the outlook of the economy was still uncertain, and risks remain downside. He did not give any signals about the negative interest rates and said that the need for them has not yet come. The pair dropped to 1.2210 level after Powell’s speech on the back of U.S. dollar strength on Wednesday and ended its day with a bearish candle.

The USD/JPY pair was closed at 107.025 after placing a high of 107.275 and a low of 106.741. Overall the movement of USD/JPY remained Bearish throughout the day. The USD/JPY extended its previous day’s losses and continued its downward movement on Wednesday to post losses for the 2nd trading session.

The pair followed the previous bearish trend in the early trading session, but after the speech from Jerome Powell, pair started to recover some of its daily losses and move in the reverse direction. However, the pair USD/JPY failed to reverse its direction due to poor than expected PPI reports from the U.S.

At 4:50 GMT, Japan’s Bank Lending figure for the year exceeded the expectations of 2.0% and came in as 3.0% in favor of Japanese Yen. The Current Account Balance from Japan’s Ministry of Finance showed a decline to 0.94T against the forecasted 1.29T for March. At 10:02 GMT, the Economy Watchers Sentiment dropped to a low of 7.9 against the forecasted 10.1 and showed that current economic conditions were not right.

Furthermore, Safe-haven Yen was also supported by the growing fears of the second wave of coronavirus along with the increased tensions between China &US, which weighed on the U.S. dollar.

The USD/JPY traded bearishly to trade below the support level of 107, which marked the 50% Fibonacci retracement level. Currently, the USD/JPY is holding at 106.875, where the 50 EMA is resisting the pair, and it may drop further below the 107 level. At the moment, the 4-hour candle seems to close below 107 support become resistant, and this may drive more selling in the USD/JPY pair. The pair may extend selling until 106.600 level, whereas the closing of buying candles above 107 can trigger bullish bias until 107.50. By the way, bearish bias seems solid today. All the best for today!