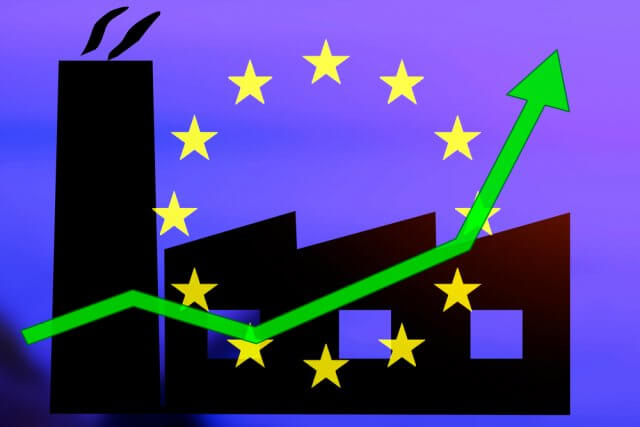 Today the major focus will remain on the UK CPI data, along with Canadian interest rate decision, which is due later today. The crude oil inventories will also remain in highlights to drive price action in CAD and WTI.

The EUR/USD pair was closed at 1.13999 after placing a high of 1.14085 and a low of 1.13250. Overall the movement of the EUR/USD pair remained bullish throughout the day. The EUR/USD rose above 1.1400 level for the first time in more than a month since June 10 on the back of heavy selling bias surrounding greenback. The pair EUR/USD rose for the 3rd consecutive day on Tuesday, in the wake of broad-based U.S. dollar weakness.

In the absence of significant fundamental drivers, the U.S. dollar index continued to react to Wall Street’s performance. The major equity indexes rose and made it difficult for the safe-haven U.S. dollar to find demand.

On the data front, the Industrial Production expanded in May by 12.4% against the expected 14.9% and weighed on single currency Euro that helped limit additional gains. The ZEW Economic Sentiment for July came in as 59.6 against the forecasted 55.8 and supported Euro.

For July, the German ZEW Economic Sentiment dropped to 59.3 from the expected 60.1 and weighed on Euro that additional caped gain in EUR/USD pair. On the other hand, the Consumer Price Index for May rose to 0.6% against the forecasted 0.5% and supported the U.S. dollar from the American side. The Core CPI for May came in as 0.2% against the expected 0.1% and supported the U.S. dollar. The strong U.S. dollar failed to turn EUR/USD’s gains into losses.

On Thursday, the European Central Bank will announce its interest rate decision and release its monetary policy statement. According to analysts, they expect major policy changes next week. The ECB awaits more data on the economic outlook, developments on the fiscal front, and the impact of its measures to decide on further policy changes.

Meanwhile, the rising numbers of coronavirus cases from the U.S. pushed California’s state government to impose renewed lockdown measures to contain the spread and avoid the second wave of coronavirus. The most populous state of the United States under lockdown weighed heavily on local currency. The weak U.S. dollar against its rival currency Euro as the renewed lockdown measures imposed economic recovery threats also weighed on EUR/USD pair on Tuesday.

The EURUSD is testing Triple Top resistance around 1.1415 level, but the recent daily candle is bullish engulfing, which may drive the bullish trend in the EUR/USD pair. On the higher side, a bullish breakout of the 1.1415 level can extend bullish bias until the 1.1490 level. On the lower side, support stays at 1.1380 and 1.1365 level.

The GBP/USD pair was closed at 1.25545 after placing a high of 1.25634 and a low of 1.24798. Overall the movement of GBP/USD pair remained flat throughout the day. The pair GBP/USD during early trading session lost its ground and faced some heavy selling pressure on the back of poor than expected GDP data from the U.K.

The pair dropped to a one-week low level near 1.24800 level and then reversed its direction in the late trading session and closed the day at the same level it started its day. The pair witnessed some heavy selling pressure on Tuesday for the second consecutive day, followed by the U.K. monthly GDP report’s disappointing release. The report suggested that the economy of the U.K. expanded n may by 1.8% while it was previously expected to expand by 5%, and hence, GBP suffered. The less than expected expansion in the U.K. economy could be associated with the lack of progress in the post-Brexit talks that ultimately affect the British Pound.

The pair started to decline and reached two weeks low level on Tuesday. Other than GDP, many economic reports were also released on Tuesday from the U.K. At 11:00 GMT, the Construction Output for May decreased to 8.2% against the forecasted 14.9% and weighed on GBP and dragged GBP/USD pair with it. The Goods Trade Balance showed a deficit of 2.8B against the deficit of 8.2B and supported GBP. However, the Index of Services 3m/3m came in as -18.9% against the expected -16.9% and weighed on GBP that caused a decline of GBP/USD pair.

Apart from weak GDP data, the pair declined to its one week lowest level on the back of the decreased risk-on market sentiment. The concerns about the deteriorating US-China relations and increased coronavirus cases worldwide kept the risk appetite under pressure that added further in GBP/USD pair’s daily losses.

The number of COVID-19 cases globally has reached 13 million marks, and Johns Hopkins University data has shown that the cases jumped by one million over the last five days. In response to this, the World Health organization said that if protocols were not followed, then pandemic would only worsen.

This resulted in demand for the U.S. dollar as hopes about quick economic recovery fall after many countries announced re-imposing restrictions to curb the virus’s spread. The demand for safe-haven U.S. dollar was also supported by the fresh tensions between the U.S. & China over the South China Sea. Strong USD weighed on GBP/USD pair on Tuesday. There were no latest updates on Tuesday, including traders continued following fundamentals & coronavirus updates on Brexit front.

The GBP/USD is trading with a bullish bias as it has violated the strong resistance level of 1.2575 level. Above this, the next target is expected to be 1.2625 level. The 50 EMA is likely to extend support at 1.2570 level, and it can lead the GBP/USD prices further higher until 1.2660 levels. The RSI and MACD are both supporting bullish bias in the pair. Let’s consider taking buy trades above 1.2533 level today.

On Tuesday, Federal Reserve Governor Lael Brainard offered a downbeat assessment of risk ahead. She said that the path ahead for the U.S. economy was under the clouds of high uncertainty, and the Federal Reserve should use forward guidance and large scale asset purchases for a sustained period to help the recovery.

In a virtual event hosted by the National Association for Business Economics, Brainard said that the pandemic was the key driver of the economy’s course. A thick fog of uncertainty still surrounded the U.S. and downside risks predominated.

The calls for further stimulus accommodation from the Federal Reserve by Brainard weighed on the U.S. dollar that dragged USD/JPY with it.

However, the uncontrolled rise in the numbers of coronavirus cases from the U.S. made investors cautious about holding the greenback, and hence, USD lost its traction and weighed on the USD/JPY pair.

The losses in the U.S. dollar were extended after many countries reported renewed lockdown measures to help control the virus’s spread. The California State, which is considered the most populous state of America, also imposed renewed restrictions and weighed on the U.S. dollar as its economic recovery would be difficult.

The cities and states imposed lockdown measures on the back of warning given by the World Health Organization that pandemic could only worsen if countries failed to follow strict precautions. In response to this, Hong Kong, Philippines, Hungary, Australia, and California announced lockdown measures. These restrictions imposed negative pressure on market sentiment as it will affect the global economic recovery.

Meanwhile, Beijing announced sanctions on Lockheed Martin for his involvement in the latest U.S. arms sale to Chinese-claimed Taiwan. This raised the ongoing tensions between the U.S. & China that were already heightened due to the South China Sea issue. The lockdown mentioned above restrictions and ongoing US-China tensions raised a safe-haven appeal that supported Japanese Yen and weighed on USD/JPY pair.