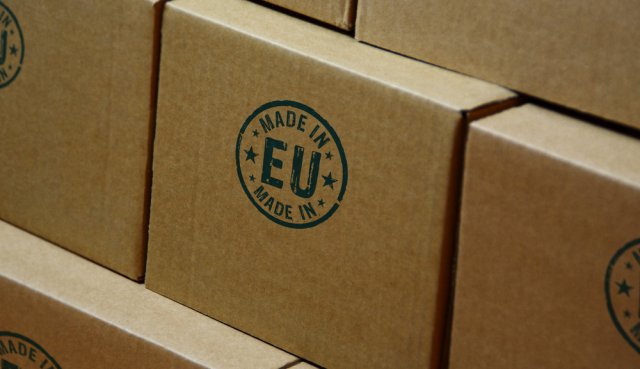 On the forex front, the ICE U.S. Dollar Index marked a day-low of 98.64 Friday before paring losses to close flat at 99.08. Research firm Markit will publish final readings of April Manufacturing PMI for the Eurozone (33.6 expected), Germany (34.4 expected), France (31.5 expected). The Eurozone Sentix Investor Confidence Index for May will be released (-28.0 expected). The Commerce Department will report March factory orders (-9.4% on month expected) and final readings of durable goods orders (-14.4% on month expected).

The EUR/USD currency pair stopped its three-day winning streak and dropped to 1.0936 while representing 0.33% declines on the day mainly due to the broad-based U.S. dollar strength in the wake of risk-off market sentiment. However, the reason for the risk-off market sentiment could be attributed to the intensifying trade war between the U.S. and China.

The GDP of the Eurozone dropped 3.8% in this quarter from the previous 14.4%. The ECB expects a 5% – 12% contraction in Eurozone’s economy this year. The International Monetary Fund (IMF) has forecasted the same Eurozone’s economic contraction as 5%, which was in line with the ECB’s projection. The ECB Vice President Luis de Guindos said in April that he expected a worse recession to be faced by the European economy than the rest of the world.

Furthermore, the President of the United States, Donald Trump, on Friday, announced to punish China for not holding the virus in its Wuhan city and mishandling the coronavirus outbreak by imposing tariffs. He said that trade relations with China were on his secondary importance now after the coronavirus outbreak. This also helped the EUR/USD pair to move upward.

The EUR was boosted by the hopes and hype of an early reopening of the economy across the globe. The pair EUR/USD was also helped by the developments made in COVID-19 vaccines, which caused the decreased demand for the U.S. dollar as a funding currency. EUR was also supported by the decreasing number of deaths and appearing cases in Germany, Italy, Spain, and France. Overall the EUR/USD pair has recovered from its March corona caused the lowest level of 1.0637 to its multi-week highest of 1.1019 on Friday.

On Monday, the EUR/USD price is holding at 1.0924 area, after placing a high of 1.0948 during the Asian session. On the 4 hour chart, the EUR/USD has formed a candlesticks pattern three black crows around 1.0927 level. Typically such a pattern shows that buyers are exhausted, and sellers may enter into the market soon. On the lower side, the EUR/USD pair has already completed 38.2% Fibonacci retracement at 1.0920, and now it can go for 50% retracement at 1.0900 mark. Both of the leading indicators are supporting the bullish trend, but a slight retracement can be expected. The resistance is likely to be found around 1.0971 and 1.0992. Consider staying bearish below 1.099 level today.

The GBP/USD failed to stop its Friday’s losses and dropped below 1.2450 level while representing 0.36% losses on the day as the U.S. dollar is benefitting again from the risk-off sentiment in the financial markets. However, the reason behind the risk-off market sentiment is the intensifying trade tussle between the U.S. and China.

The on-going crisis of the UK Tory government about the mishandling of the virus situation also keeps the British Pound under pressure. The GBP/USD currency pair is currently trading at 1.2448 and consolidates in the range between the 1.2440 – 1.2487. On the other hand, the PMI from the U.S. also dropped to its 11 years lowest level at 41.5 and weakened the U.S. dollar across the board. However, the pair GBP/USD ignored US PMI and continued falling on Friday.

As for the news, Boris Johnson’s announcement for coming up with a plan on how to restart the economy next week did not give much impact to GBP. The biggest risks nowadays to the U.K.’s economy and the British Pound include the Brexit & coronavirus.

As for Brexit, both parties Britain and the European Union has its differences in the future relationship. Another challenge of Brexit is the timeline for securing a deal because Johnson has insisted that the transition period will not be extended by his government.

If Johnson will not seek an extension, which can only be applied before June 31, there is a possibility that both sides will not have a deal before the deadline of December. European Union insisted that an agreement of this size needs several years to be hammered.

The GBPUSD pair showed strong bearish movement to trade at 1.2445, testing a double top pattern around 1.2425. The recent Doji pattern on GBP/USD pair is suggesting chances of bullish correction over 1.2425 support level. This may lead the GBP/USD prices towards 1.2515 level. On the lower side, the violation of 1.2420 support can lead the Sterling prices towards the next target level of 1.2316. Overall, the trading bias of GBP/USD remains bullish, considering the 50 EMA as it’s keeping the Cable bullish above 1.2420 today.

The USD/JPY pair was closed at 106.903 after placing a high of 107.405 and a low of 106.603. Overall the movement of USD/JPY remained bearish throughout the day. The USD/JPY pair during the America Session started to move upward towards the 107 level but failed to hold and preserve the recovery due to weak PMI.

It was expected to remain the same as the previous month’s 43.7. The decline in manufacturing activity due to coronavirus pandemic resulted in weak Japanese Yen against the U.S. dollar. As for the U.S. data, at 18:45 GMT, the Final Manufacturing PMI form the U.S. was released, which came as 36.1 against the expectations of 36.9, and it weakened the U.S. dollar. At 19:00 GMT, the ISM Manufacturing PMI for the month of April was released, which was dropped to its 11 years lowest level at 41.5 from the previous month’s 49.1.

The drop in U.S. manufacturing activities due to a pandemic, which disturbed the supply chain across the globe, made the US PMI fell to its records low, and this weakened the U.S. dollar across the board on Friday. The weakened U.S. dollar pulled the pair USD/JPY to 106.6 level at the ending day of the week.

At 19:00 GMT, the Construction Spending from the U.S. also released, which came in as 0.9% against the -3.5% and supported the U.S. dollar. The ISM Manufacturing prices were also increased to 35.5 from the forecasted 30.7. The Wards Total Vehicle Sales during April were recorded as 8.6M against the 7.0M forecasted.

The USD/JPY pair take’s a bearish turn in the wake of mixed sentiment to trade around 106.700. As we can see in the 4-hour chart above, the USD/JPY pair is struggling to cross over the downward trendline, which is extending resistance around 106.950. The 50 EMA is also keeping pressure on the pair around the same level of 107.050. Below this level, we may see a selling trend in the USD/JPY pair until the next target levels of 106.44 and 106. The 50 EMA and MACD are also suggesting selling bias for the USD/JPY pair. Taking a selling trade below 106.950 can be a good idea today.