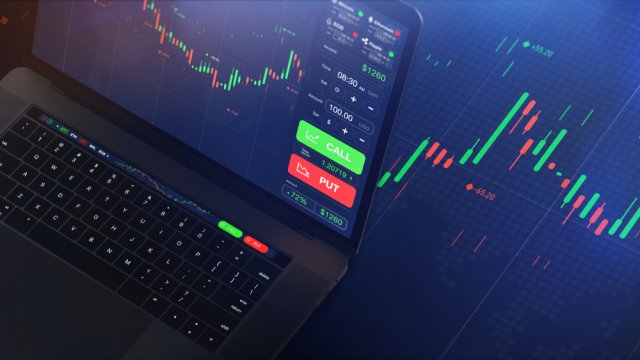 The Core Price Index for the month of March came in line with the expectations of -0.1% and had a null effect on the U.S. dollar. The Employment Cost for the first quarter of this year came in favor of the U.S. dollar when it exceeded 0.8% against the expectations of 0.7%. Later today, the market is expected to show thin volatility in the wake of Labor day holiday. However, investors will be focusing on the ISM Manufacturing PMI figures from the United States to drive further price action in the market.

The direct currency pair EUR/USD surged dramatically to close the day at 1.09517, having placed a high of 1.09725 and a low of 1.08327 yesterday. The ECB held its rates unchanged on Thursday and said that it expects the rates to remain at the present level or lower levels until the inflation of the Eurozone meet the level or reach near the projection of 2%. ECB also said that it was ready to adjust all of its instruments to achieve its projected aim of inflation in a sustained manner.

The Euro gained bullish momentum, although French Flash GDP for the First Quarter dropped more than expectations. It was expected to decline by -4.0 % in the first quarter of this year, but the results showed that the actual drop in French Flash GDP was recorded as -5.8%. While the German Retail Sales data decline by -5.6% against the expectations of -8.1%, it was in favor of the single currency Euro as the actual drop in German Retail Sales was less than its forecasted value.

At 11:45 GMT, the French Consumer Spending in the month of March was dropped by -17.9%, which were assumed to be dropped by -5.7%, and hence it weighed on single currency Euro. The French Prelim Consumer Price Index for the month of April came in favor of Euro as 0.1%, which was expected to decline by -0.2%.

The Spanish Flash Gross Domestic Product (GDP) for the First Quarter of year also dropped more than expected and weighed on Euro. The drop-in Spanish GDP was recorded as -5.2% at 12:00 GMT, whereas it was expected to drop by -4.2%. The Spanish Flash Consumer Price Index (CPI) for the year also showed a decline in April by -0.7% when it was expected as-0.5% and weighed on Euro currency.

The single currency Euro remained supportive by the data and ECB’s decisions on Thursday and gave strength to EUR/USD pair. Though the quarterly GDP of the Eurozone dropped to its lowest level since the records, the EUR/USD pair still managed to remain bullish throughout the day.

On Friday, the EUR/USD price is holding at 1.0944 area, after placing a high of 1.0973 during the U.S. session on Thursday. On the 4 hour chart, the EUR/USD has formed a candlesticks pattern hanging man around 1.0955 level. Typically such a pattern shows that buyers are exhausted, and sellers may enter into the market soon. On the lower side, the EUR/USD pair can go for completing 38.2% Fibonacci retracement at 1.0920 and 50% retracement at 1.0900 mark. The trading sentiment for the EUR/USD continues to be bullish, especially after the bullish crossover of 50 EMA and MACD. Both of the leading indicators are supporting the bullish trend, but a slight retracement can be expected. The resistance is likely to be found around 1.0971 and 1.0992. Consider staying bearish below 1.099 level today.

During Thursday’s Asian session, the GBP/USD is trading slightly bearish around 1.2562, maintaining the overall trading range of 1.2644 to 1.2525. Most of the buying triggered in the wake of weaker U.S. Jobless Claims figures

The U.K. Prime Minister, Boris Johnson, informed that the latest figure of 81,011 tests was hopeful, which were conducted on Wednesday, close to the government target of 100,000 tests per day by the end of April. He also said to the business community that he acknowledge their patience but informed that they have to keep going the way they are doing business now for the time being.

On the other hand, surgeons across the U.K. have warned that if the U.K. comes out of the lockdown too soon, it will cause the death of thousands. The Royal College of surgeons urged Prime Minister Boris Johnson to consider the service that saved his life when discussing the lifting of restrictions from lockdown.

Furthermore, there was no economic data or major event from the U.K. side, so the movement of the GBP/USD pair remained solely on USD. The U.S. dollar remained weak throughout the day because of poor economic data on Thursday.

The unemployment claims for the previous week from the U.S. were recorded as 3839K against the expectations of 3500K. An increased number of unemployed people weighed on the U.S. dollar and helped the pair GBP/USD to move in an upward direction and close the month with a bullish candle.

The GBPUSD pair showed strong bullish movement to trade at 1.2540 after making a double top pattern around 1.2644. The recent bearish engulfing pattern on GBP/USD pair suggesting chances of selling in Sterling. On the lower side, the GBP/USD may find support around 1.2520. Below this, the GBP/USD prices have the potential to go after 1.2470.

Overall, the trading bias of GBP/USD remains bullish, considering the 50 EMA and MACD, both of the indicators are supporting selling bias. Consider staying bullish above 1.2510 and bearish trades below 1.2638 level today.

The USD/JPY pair was closed at 107.169 after placing a high of 107.497 and a low of 106.404. Overall the movement of USD/JPY remained Bullish throughout the day. The USD/JPY pair posted gains on Thursday despite the weakness of the U.S. dollar across the board amid poor than expected economic data. Throughout the day, the USD/JPY pair moved back and forth but managed to post gains in the ending day of the month.

On Thursday, Federal Reserve announced to expand the scope of its main street lending in order to support the small and medium-sized businesses by giving them credit. The scheme would now provide the credit flow to the financially sound small & medium-sized companies which were in good condition before the pandemic.