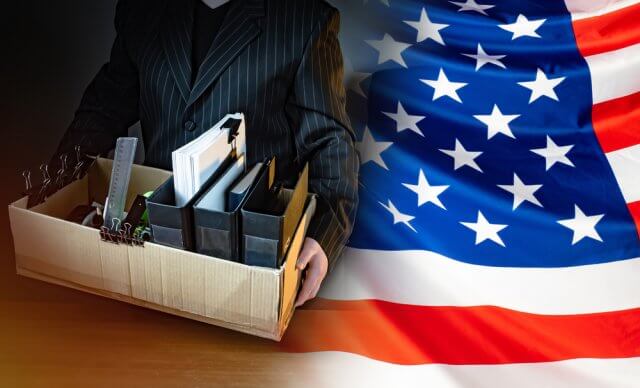 The economic calendar is filled with medium impact economic events such as Unemployment Claims, C.B. Leading Index m/m, and Existing Home Sales from the United States on the news front. Besides, the Consumer Confidence from the Eurozone will also remain in the highlights today. The market may show some price action during the U.S. session on the release of U.S. Jobless Claims.

The EUR/USD pair was closed at 1.18609 after placing a high of 1.18806 and a low of 1.18209. The EUR/USD pair extended its previous day’s gains and rose for the 4th consecutive session on Wednesday to reach its highest since mid-September. Despite the alarming comments from ECB President Christine Lagarde, the EUR/USD pair managed to post gains on Wednesday over the U.S. dollar’s weakness and improved risk sentiment.

The U.S. Dollar Index was down by 0.5% and fell to its seven-week lowest level on Wednesday to 92.46 over fresh hopes that the U.S. stimulus package for coronavirus would release soon. The hopes were encouraged by the comments of U.S. President Donald Trump, who said that he was ready to accept a larger coronavirus-relief package. This boosted investor’s optimism that eventually led to rising risk sentiment and increasing pressure on the safe-haven U.S. dollar. The U.S. dollar weakness added further strength to the already rising EUR/USD pair’s prices on Wednesday.

According to the White House spokesperson, Allysa Farah, she was optimistic that a fiscal deal between Democrats and Republicans would reach soon as Trump has suggested that he accept the $2.2 trillion bill proposed by Democrats. However, Senate Republicans have made it public that they will oppose a larger bill.

On Wednesday, the President of the European Central bank, Christine Lagarde, said in a pre-recorded interview that the economic outlook was under clear risk due to an unexpected early pickup in coronavirus infections. She said that more scientists in the Eurozone were expecting the epidemic’s resurgence in November or December with the cold. Lagarde’s concerning statements weighed on the single currency Euro and capped further gains in EUR/USD pair on Wednesday.

The central bank of Europe is set to hold a governing council next week to decide on its monetary policy. The majority of economists expect no change in policy until December. ECB is expected to ramp up its 1.35 trillion pandemics bond-buying program at its last policy meeting in 2020.

Meanwhile, the number of coronavirus cases in Europe is continuously setting fresh records. However, market participants are ignoring the issue; it still holds some importance in driving the EUR/USD pair as there was no macroeconomic data to be released from Europe or the U.S. On Thursday, Europe will publish the Consumer Confidence Report, and the U.S. will publish its initial jobless claims from last week that will have a major impact on EUR.USD pair’s movements.

The EUR/USD is trading sharply bullish amid a weaker U.S. dollar to trade at 1.1848 level, and the has formed inside bar down, which suggests that the bullish bias is getting weaker and sellers may dominate the market. On the lower side, the EUR/USD can go for bearish correction until the 1.1819 level that marks the 38.2% Fibonacci retracement level. Continuation of further selling trends can lead the EUR/USD price towards a 1.1800 mark, and below this, the next support level stays at 1.1765. The MACD and RSI are also supporting the bearish bias now. The bearish bias remains dominant today.

The GBP/USD pair was closed at 1.31461 after a high of 1.31765 and a low of 1.29332. On Wednesday, the GBP/USD pair followed its previous daily trend and rose for 3rd consecutive day. The British Pound jumped higher on the day by 1.6% and reached its highest since September 7.

The recent jump in British Pound against the U.S. dollar came in as the E.U. and the U.K. were set to resume talks after Britain welcomed the bloc’s desire to break the impasse in negotiations. The post-Brexit talks are set to resume on Thursday after the E.U. Brexit negotiator Micheal Barnier said a deal was in reach and pledged to seek the necessary compromises on both sides. He added that an agreement has reached within and if both sides were willing to work constructively and compromise despite the difficulties.

Great Britain signaled that it was ready to intensify talks to soften the key sticking issues included fisheries and sovereign aid. Micheal Barnier believed that sovereignty was a legitimate concern for the U.K., and E.U. would have to compromise. These developments in Brexit talks gave strength to British Pound and supported GBP/USD pair on Wednesday to post gains.

At11:03 GMT, the United Kingdom’s PPI input raised to 1.1% against the forecasted -0.9% and raised British Pound. However, at 12:30 GMT, the PPI output remained flat at -0.1%. The Housing Price Index for the year from Pound also came in line with 2.5% expectations.

The rising CPI and PPI Input data supported the bullish momentum of the GBP/USD pair on Wednesday.

The British Pound was also helped by easing fears over negative interest rates after Deputy Bank of England Governor Dave Ramsden said that cutting rates below zero could hamper lending activity. He also said that there might be an appropriate time to use negative interest rates, but this was not that time. These comments also gave strength to British Pound and raised the GBP/USD pair on Wednesday.

Meanwhile, the U.K. reported 26,688 coronavirus cases on Wednesday in comparison to Tuesday’s 21,331 cases. The rising number of coronavirus infections from the U.K. forced the government to impose new lockdown measures in the country’s parts. These lockdowns also held the upward trend of the GBP/USD pair on Wednesday.

The USD/JPY pair was closed at 104.580 after placing a high of 105.523 and a low of 104.339. The USD/JPY pair reversed its previous day momentum and fell on Wednesday to its one-month lowest level on the back of fresh U.S. dollar weakness. The pair hit 104.339 level, the lowest level since September 21 after U.S. President Donald Trump boosted for a larger stimulus package. This report prompted some investors to move toward riskier assets and dampened the safe-haven appeal for the greenback.

The price action from the USD/JPY traders suggested that traders were betting heavily on the news that there might be a stimulus by this weekend and ignored the signs of opposition from Trump’s Republican Party.

The Senate Majority Leader Mitch McConnell provided no timetable for a relief bill and said that he was not in favor of larger stimuli before elections. Whereas, the White House Chief of Staff Mark Meadows preserved the hopes for a stimulus deal and said on Wednesday that he was very hopeful that progress was being made in the negotiations. He added that both parties would remain under talks over the coming days.

The U.S. Treasury yields held near their highest levels in four months on Wednesday over the expectations that a deal might be reached. The 10-year Treasury yield was up by 1.5 basis points and touched its fresh four months high at 0.84%. This weighed on the U.S. dollar and added further pressure on the USD/PY pair.

The Federal Reserve issued it Beige Book on Wednesday that revealed that economic activity was continuously increasing across all districts with a pace of growth characterized as slight to modest in most districts.

The USD/JPY pair’s main driver on Wednesday remained fresh hopes for a stimulus package as there was no macroeconomic data to be released on the day. The focus was entirely on the relief bill, where Nancy Pelosi also affirmed that she was optimistic about the chances of reaching an agreement before the U.S. Presidential elections.

The USD/JPY traded dramatically bearish to drop from 105.460 level to 104.349 level. Like other pairs, the USD/JPY has also entered the oversold zone, and now sellers seem to be exhausted. On the higher side, the USD/JPY pair has reversed some of the losses to trade at the 104.700 level. On the higher side, the pair may go after the 38.2% Fibonacci retracement level of 104.900 and 50% Fibo level of 105. Let’s consider taking a buying trade over 104.350 area today. Good luck!