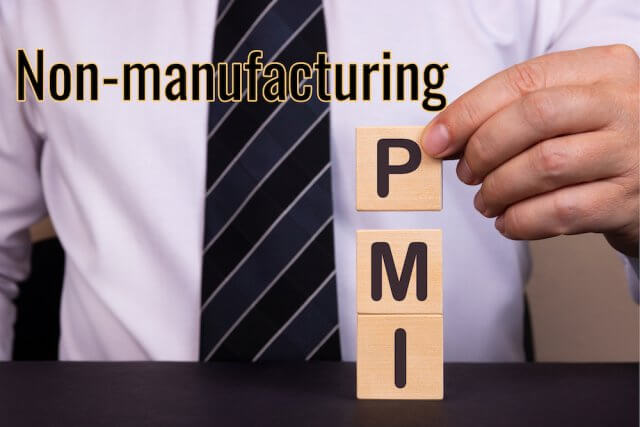 On the fundamental side, the market isn’t bustling as we only got ISM Non-Manufacturing PMI from the U.S. and BOC Business Outlook Survey from the Canadian economy. The ISM non-manufacturing may drive some price action during the U.S. session today. Overall, the technical side will play most of the role.

The EUR/USD closed at 1.12404 after placing a highof1.12510 and a low of 1.12191. he EUR/USD pair showed a little positive movement on Friday as the U.S. market was closed due to Holiday, and in the absence of American traders, EUR/USD pair followed economic data from Eurozone and COVID-19 news.

On Friday, the economic data from the Eurozone came in positive and above expectations and raised Euro above the U.S. dollar, which pushed EUR/USD pair on the upward track. On the data front, at 11:45 GMT, the French Government Budget Balance for May showed a deficit of 117.9B compared to April’s deficit of 92.1B. At 12:15 GMT, the Spanish Services PMI for June rose to 50.2 from the expected 46.0 and supported Euro. At 12:45 GMT, the Italian Services PMI was decreased to 46.4 from the expected 46.9 and weighed on Euro.

The positive PMI data from the whole bloc except Italy gave a boost to single currency Euro at the ending day of the week and raised EUR/USD pair. However, due to a limited number of traders, the currency pair failed to provide a significant bullish move and remained in consolidation.

On the US-EU relation front, earlier this week, the E.U. declined to include the U.S. in its list of “safe-countries” that will be welcomed to enter E.U. bloc during a pandemic. However, given the unshakable alliance between both nations, in a political move, the E.U. would now open the majority of E.U. borders for some residents of the United States. It was not surprising that Americans would indeed enter the E.U. even with almost 3 million COVID-29 cases from 50 U.S. states.

On the negative side, according to European diplomats, the strained alliance of the E.U. and the U.S. would restore in Joe Biden’s presidency. The Presidency of Donald Trump has weighed on the relation of the U.S. with its closest allies, including the European Union. The attacks on International institutions like WHO by Trump have been stressful for its allies. Trump’s disliking for multilateral action has tested longstanding alliances, and European diplomats and foreign policy experts believe that Joe Biden will repair the damage done by Trump to America’s broken alliance with Europe.

This week, the consumer confidence and retail sales figures from Eurozone will be under watch from Euro traders for taking fresh impetus. The attention would also be upon the update of the Recovery fund and announcement of new Eurogroup President.

On Monday, the EUR/USD has violated in a tight range of 1.1243 – 1.1193, which has opened further room for buying until 1.1350. On the lower side, the EUR/USD may find support around 1.1290 and 1.2050. The MACD and RSI are holding in a bullish zone and are supporting the bullish bias in EUR/USD. While the 50 EMA is also supporting bullish bias in the EUR/USD pair, let’s consider taking buying trade in EUR/USD above 1.2565 level today.

The GBP/USD closed at 1.24825 after placing a high of 1.24863 and a low of 1.24378. Overall the movement of GBP/USD pair remained bullish throughout the day. The GBP/USD pair moved higher in the risk-on market sentiment after the positive data released from China’s Services sector and continued moving in the same trend to recover some of its previous day’s losses on Friday.

The Caixin Services PMI from China rose to 58.4 in June and indicated growth in the service sector of the second-largest economy of the world. This raised the risk sentiment on the back of increased hopes for sharp V-shaped recovery after China’s positive data. Being a riskier currency pair, the GBP/USD pair moved higher in the market in an improved risk appetite.

On the other hand, the Final Services PMI from Great Britain was released at 13:10 GMT, as 47.1 against the expected 47.0 in June and provided strength to British Pound. The strong GBP pushed GBP/USD further at the ending day of the week.

In the absence of U.S. traders due to bank holiday in the United States, the pair GBP/USD followed the British Pound and Brexit news on Friday.

On Brexit front, Boris Johnson suggested that the prospect of failing to reach a Brexit trade deal before the end of the transition period would be a “very good option” for the U.K.

The remarks from PM Boris Johnson came in after the German Chancellor, Angela Merkel, warned the E.U. to be prepared for the possible failure of Brexit trade talks. She said that the progress in the negotiations and chances to reach a deal were minimal. However, PM Boris Johnson remained positive and optimistic and said that he believed that a good agreement would be reached, but if it failed, then the U.K. will have a very good option of the Australian-style deal.

The European Commissioner for trade, Phil Hogan, has said that the E.U. has not an agreement with Australian, and if the U.K. was seeking an “Australian-style” deal with the bloc, then it was a code for no-deal at all.

Meanwhile, on Saturday, PM Boris Johnson and Kenya’s counterpart, Uhuru Kenyatta, agreed to start negotiations for a post-Brexit trade agreement between the two nations. The talks will be conducted within the Kenya-UK Strategic Partnership Framework established in January and the East African Community parameters.

The USD/JPY closed at 107/475 after placing a high of 107.565 and a low of 107.434. In the absence of U.S. traders due to U.S. Bank Holiday and economic data from Japan, traders remained confused in the market due to the influence of positive data from economies and the increasing number of coronavirus cases.

The USD/JPY remained confined in a closed range and provided a slightly bearish candle at the ending day of the week due to mixed economic market sentiment. The risk sentiment was improved after the release of economic data about the Caixin Services PMI from China, which indicated an expansion in China’s services sector.

The Caixin Services PMI rose to 58.1 in June, the highest reading in 2 months. It rose the risk appetite in the market, so the USD/JPY pair rose in the earlier trading session. The U.S. jobs figure was also improved on Thursday with 4.8M job creation in June, this also added in the risk appetite.

However, the USD/JPY pair started moving in the reverse direction due to an increased number of coronavirus cases from across the world. The U.S. recorded more than 52,000 new cases from its 50 states on Thursday, with Florida alone accounting for over 10,000 of them. The U.S. alone was accounted for around a quarter of 10.8M global coronavirus cases. The U.S. Dollar Index that tracks the U.S. dollar value against the basket of six currencies was down 0.1% at 97.203 and dragged the USD/JPY pair on Friday.

On the US-China front, as we already know that the relation between both nations was further deteriorating over a series of issues including trade, COVID-19 pandemic, Taiwan, and Hong Kong, but on Friday, the U.S. deployed two aircraft carriers on the South China Sea which is considered as a significant show of force.

Furthermore, some reports came in that China was forcing birth control and sterilization in Uighurs to destroy the Muslim population. However, China’s foreign ministry spokesman called this news as fake.

In response to this, 75 members of the U.S. Congress sent a letter to Donald Trump urging the President to make a formal determination on whether China’s attitude towards Uighurs Muslims and other groups constituted an atrocity. These tensions raised US-China ongoing conflict and weighed on the market sentiment, which dragged the USD/JPY pair with itself.

On Monday, the USD/JPY is trading with a bearish bias of around 107.560. On the two-hourly charts, the USD/JPY is gaining bullish support from the regression channel. Channel is expected to support the USD/JPY pair around 107.420 while crossing below this level can open up further room for selling until 107 and 106.850 level. The 50 EMA will also be supporting the Japanese pair at 107.300 level. However, the MACD and RSI are suggesting selling bias. Let’s keep an eye on 107.400 level to buy above and sell below this level. Good luck!