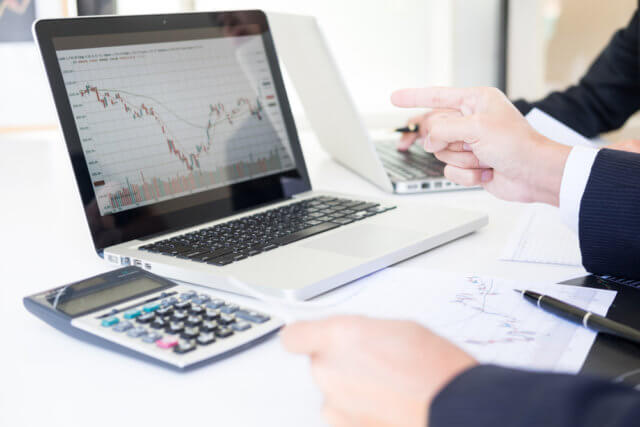 The global financial markets are trading the weaker dollar sentiment in the wake of worse than expected ISM manufacturing PMI data. On the news, the Euro gained 0.5% to $1.1079, the largest percentage gain since September 17. The Markit Eurozone Manufacturing PMI (final reading) for November was released at 46.9 (46.6 expected). Similar PMIs for Germany and France were posted at 44.1 (43.8 expected) and at 51.7 (51.6 expected), respectively. While the Markit U.S.

The Manufacturing Purchasing Managers’ Index (PMI) posted a final reading of 52.6 (52.2 expected and in preliminary reading), the Institute for Supply Management’s (ISM) Manufacturing PMI declined to 48.1 (49.2 expected) from 48.3 in October. Construction spending declined 0.8% on month in October (+0.4% expected, -0.3% in September).

The EUR/USD currency pair climbed 0.58% very sharply during the Monday, representing its most significant single-day upward movement since September 17. As of now, the currency pair is currently trading near the 1.1076. Notably, the outlook will likely shift to the bullish track if the currency pair crosses the November 21 figures high of 1.1097. That would confirm a double bottom breakout on the daily chart and create an opportunity for 1.12.

The breakout could be possible if we look at the dismal of the United States data, which was released on Monday. The Institute for Supply Management said its manufacturing index dropped to 48.1% in November from October’s 48.3%, confirming the 4th-straight month of contraction.

At the greenback front, as we know that the U.S. Dollar already shows losses in the wake of the weak data, and the focus will likely shift to the on-going trade tensions; in that case, the breakout will likely remain elusive.

The United States President Donald Trump administration said late Monday it is planning to impose tariffs up to 100% on around $2.4 billion of French goods in return to take revenge on France’s decision to impose a tax on digital services.

Looking forward, the Eurozone producer price index is scheduled to release at 10:00 GMT, and the US ISM-NY Business Conditions Index (Nov) will hit the wires at 14:45 GMT. These data sets rarely have a big impact on the currency markets. Although, the EUR may take hints from a speech by European Central Bank’s (ECB) member Benoir Coeure scheduled at 17:30 GMT.

On the bearish side, the November 29 low of 1.0981 is the level to beat for sellers. At press time, the pair is trading at 1.1075, representing little change on the day.

The EUR/USD pair concluded the day over 1.1065, the 38.2% retracement level on 4-hour chart. Weaker ISM manufacturing data from the U.S. economy is driving bearish bias for the EUR/USD pair ahead of NFP data, which is due on Friday.

The EUR/USD has reached the triple top resistance area of 1.1085, which is keeping the Euro on hold below this area. Although the closing of candles below this level is suggesting chances of a bearish bias, the RSI and MACD value is still in the bullish zone. These may drive more buying in the EUR/USD currency pair. In the case of a bullish breakout of 1.1085, the EUR/USD may lead towards a 1.1120 trading level.

The GBP/USD currency pair flashing red and shifted from the recovery track to bearish track mainly due to greenback recovery. As of writing, the GBP/USD currency pair is currently trading at 1.2940. Moreover. The reason behind the cable pairs pullback could also the recent changes in the United Kingdom politics and careful trading ahead of the United States President Trumps London visit for the North Atlantic Treaty Organization summit.

Tory leader has recently been fired by the opposition or the media, which in turn might have reduced the scope of the Conservatives holding the British rule after the December election.

At the greenback front, the U.S. Dollar was found on the strong bearish track on Monday because the United States President Donald Trump announced a measure that shows the world’s largest economy’s preference for trade protection. Apart from this, the United States and China trade war regarding Hong Kong also leaving pressure on the greenback. Freshly, China announced sanctions over the US Non-Government Organization (NGO).

On the economic calendar, the final figures of November month U.K. Construction Purchasing Managers’ Index (PMI) will be watched for fresh directions.

The British pound was up for a second session as it edged up 0.1% to $1.2939. The Markit U.K. Manufacturing PMI (final reading) for November came in at 48.9 (48.3 expected). On Tuesday, the GBP/USD is trading with a strong bullish trend as it already has violated the symmetric triangle pattern at $1.2935.

The symmetric triangle pattern typically breakout on either direction, but the weaker dollar causes a bullish trend in the GBP/USD. For now, the GBP/USD pair may find next resistance around 1.3015 along with immediate support around 1.2970 and 1.2930.

On the 4-hour timeframe, the RSI and MACD are holding are still signaling bullish bias. Thus, let’s consider taking buying trades above 1.2950 to target 1.3010 today.

The United States and China phase-1 deal or steel tariff on South American economies, not to forget possible trade negative measures against the European Union, the United States ran the trade show during the Monday.

Moreover, the US ISM manufacturing numbers stayed in the contraction region for the 4th-consecutive month and increased uncertainties on the strength of the world’s largest economy.

At the data front, the market’s risk aversion hit Wall Street on the 1st-trading day of the month while the United States’ ten-year Treasury yields increased by 4-basis points to 1.82%. However, the latest figures seem to change with the S&P 500 Futures be quietly on the positive side with the U.S. government bonds on the waiting mood for fresh directions.

Additionally, a repeat of the November news that the Japan government is considering 25 Trillion Japanese yen (JPY) economic stimulus package, as per the NHK, recently crossed the wires while supporting the pair.

The USD/JPY currency pair flashing green and hit the bullish level of 109.19 from the 5-day low despite the broad risk-off sentiment. As of writing, the pair is consolidating in the range between the 108.95 – 109.20.

On the technical front, the USD/JPY has shown a dramatic dip until 108.950, the 50% Fibonacci retracement level. As we can see in the chart above, the pair has violated the bullish channel, which was supporting the safe-haven pair around 109.350.

At the moment, the USD/JPY is trading with a strong bearish bias, and we may see a bullish reversal in USD/JPY somewhere around 108.800 level today. Below this, the pair can go after 108.500 level.