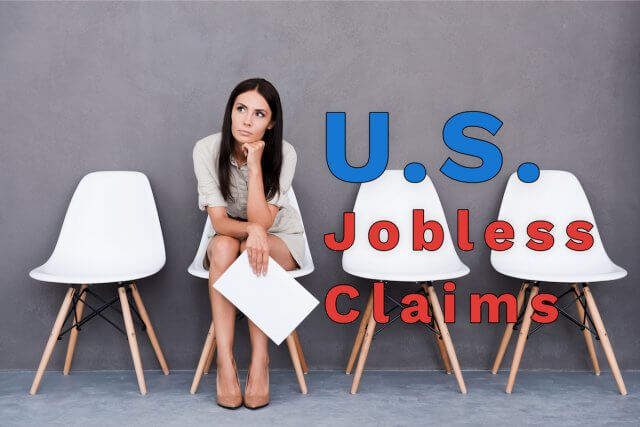 The EUR/USD fell to trade below 1.0800, the lowest level in nearly two weeks. The official figures revealed that the eurozone’s Consumer Confidence Index slips to -22.7 in April (-20.0 expected) from -11.6 in March. At the coronavirus front, as per the latest report, the number of confirmed coronavirus cases grew to 145,694, with 4,879 deaths reported in Germany so far. As the incidents increased by 2,237 in Germany, a 1.6% rise picking-up pace from Tuesday’s 1.3% increment, the death toll moved sharply up by 281 vs. 194 a day before.

There remains some uncertainty that Europe is still not ready to deepen fiscal integration, and the finance ministers will likely be unable to give an appropriate fiscal stimulus. As in result, the peripheral bond spreads may widen, which may booster further losses in the EUR/USD currency pair.

The eurozone economy experienced the sheerest declines in business activity and employment ever registered during April as a consequence of actions taken to restrain the coronavirus break, according to provisional PMI survey figures.

The flash IHS Markit Eurozone Composite PMI plunged to an all-time low of 13.5 in the month of April, falling from a previous historic low of 29.7 in March. It registers by far the most significant monthly breakdown in production recorded in over two decades of survey data collection.

The EUR/USD is trading bearish at 1.0793, as traders are selling euro on the back of weaker than anticipated manufacturing and services PMI figures. The overall bias prevails bearish as the EUR/USD prices are holding below 50 EMA, which is extending resistance around 1.0837 level. Continuation of a selling trend below 1.0837 level may lead EUR/USD pair until the next support area of 1.0772, whereas below this, the next support prevails around 1.0652 level. The pair may find an immediate resistance level of around 1.0837, while the bullish breakout of this level can extend buying until the next resistance level of 1.0922. Conversely, we should look for selling trades below 1.0830 level today.

The GBP/USD surged 0.3% to 1.2325. Government economic figures reported that U.K. CPI soared 1.5% on year in March (as expected). On the other hand, the Markit U.K. Manufacturing PMI (42.0 estimated) and Services PMI (27.8 expected) for April will be published later today.

The latest and modest recovery in the U.S. dollar keeps the currency pair under pressure. The GBP/USD currency pair is currently trading at 1.2363 and consolidates in the range between the 1.2313 – 1.2369. However, the traders are keenly waiting for the key UK PMI, and U.S. Jobless Claims data. They are cautious about placing any strong bids.

The members of the cabinet got the chance for the first time to criticize Prime Minister Boris Johnson and Company’s poor performance about managing the coronavirus crisis in the U.K. However, the members did not only criticized for the lack of medical supplies, but they also indicated the shortage of nurses.

In return, the deputized PM indicated the nearness to the peak of the outbreak. The Health Secretary Matt Hancock is suggesting the start of the human trials over 300,000 people in a year.

On the positive side, the report came that the Prime Minister johnson will attend his conversation with the Queen through telephone after this week, although his deputy Dominic Raab is officially leading the country due to his absence.

On the other hand, the United States President Donald Trump continues to push for the economic re-start, whereas giving worse warnings to Iran. He indicated a decrease in the further coronavirus outbreak. The GBP/USD currency pair flashing red and dropped to 1.2325 while representing 0.07% losses on the day, possibly due to the Tory government getting criticism about the mishandling coronavirus crisis.

The GBP/USD showed a slight bullish reversal after testing the target level of 1.2254 area. At the moment, the Cable is trading at 1.2347 area, which is also a resistance level extended by the downward channel. The 50 periods EMA also extend resistance at the same level 1.2368.

A bullish breakout of 1.2368 level can extend the buying trend until 1.2420 level today. Elsewhere, the support continues to hold around 1.2258 level. The 50 EMA and MACD are both are suggesting selling bias in the Cable. So let’s look for selling trades below 1.2399 and bullish above 1.2420 level today.

During the Thursday’s European session, the USD/JPY currency pair flashing green but remained confined between the range between 108.00 Handles mainly due to the risk-on market sentiment keeps the safe-haven Japanse lower and providing support to the currency pair.

The latest pullback of the U.S. dollar kept a lid on bullish moves in the pair. Currently, the USD/JPY is trading at 107.67 and consolidates in the range between the 107.66 – 107.86. However, investors are cautious and waiting for a fresh catalyst before placing any position.

Whereas, the multiple diverging factors failed to provide any meaningful direction or assist the pair in breaking through a narrow trading band held since the beginning of this week. The reason behind the risk-on market sentiment is the report regarding the passage of another $484 billion U.S. economic support package by the U.S. Senate. While the latest modest recovery in crude oil prices also keeps the market sentiment calm.

The U.S. dollar drew offer and erased its previous session gains and turned out to be one of the key factors that kept a lid on any additional gains in the pair, at least for now. At the same time, the risk recovery in the global risk sentiment weakens the Japanese yen’s safe-haven demand and collaborates in the pairs gains. The risk-on sentiment was bolstered by a modest rise in the U.S. Treasury bond yields, which extend some support to the U.S. Dollar.

On Thursday, the USD/JPY is trading mostly sideways within a narrow trading range of 108.020 – 107.300 zones. At the moment, it’s holding at 107.597, having formed a descending triangle pattern on the 4-hour timeframe. The triangle pattern is extending resistance around 107.850, along with support around 106.980. If USD/JPY manages to violate the descending triangle pattern, we may see pair dropping towards 106.200. While on the upper side, a bullish breakout of 108 can lead USD/JPY prices towards 109.100. The leading indicator, such as MACD and 50 EMA, are supporting bearish bias in the market today. Let’s wait for a breakout before taking more trades today.