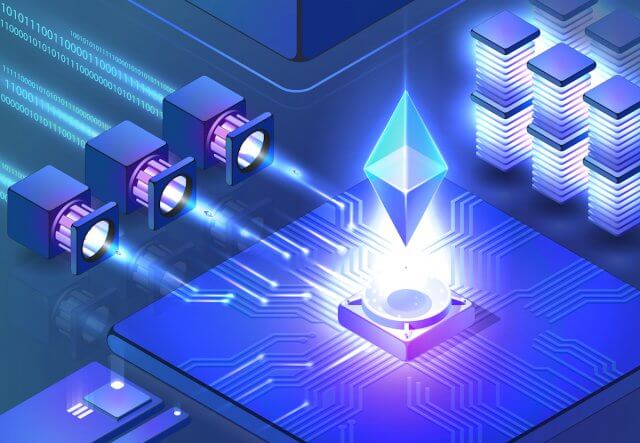 The cryptocurrency market has spent the past 24 hours mostly consolidating and preparing for the next move. Bitcoin is currently trading for $7,713, which represents an increase of 0.01% on the day. Meanwhile, Ethereum lost 1.08% on the day, while XRP lost 0.75%. 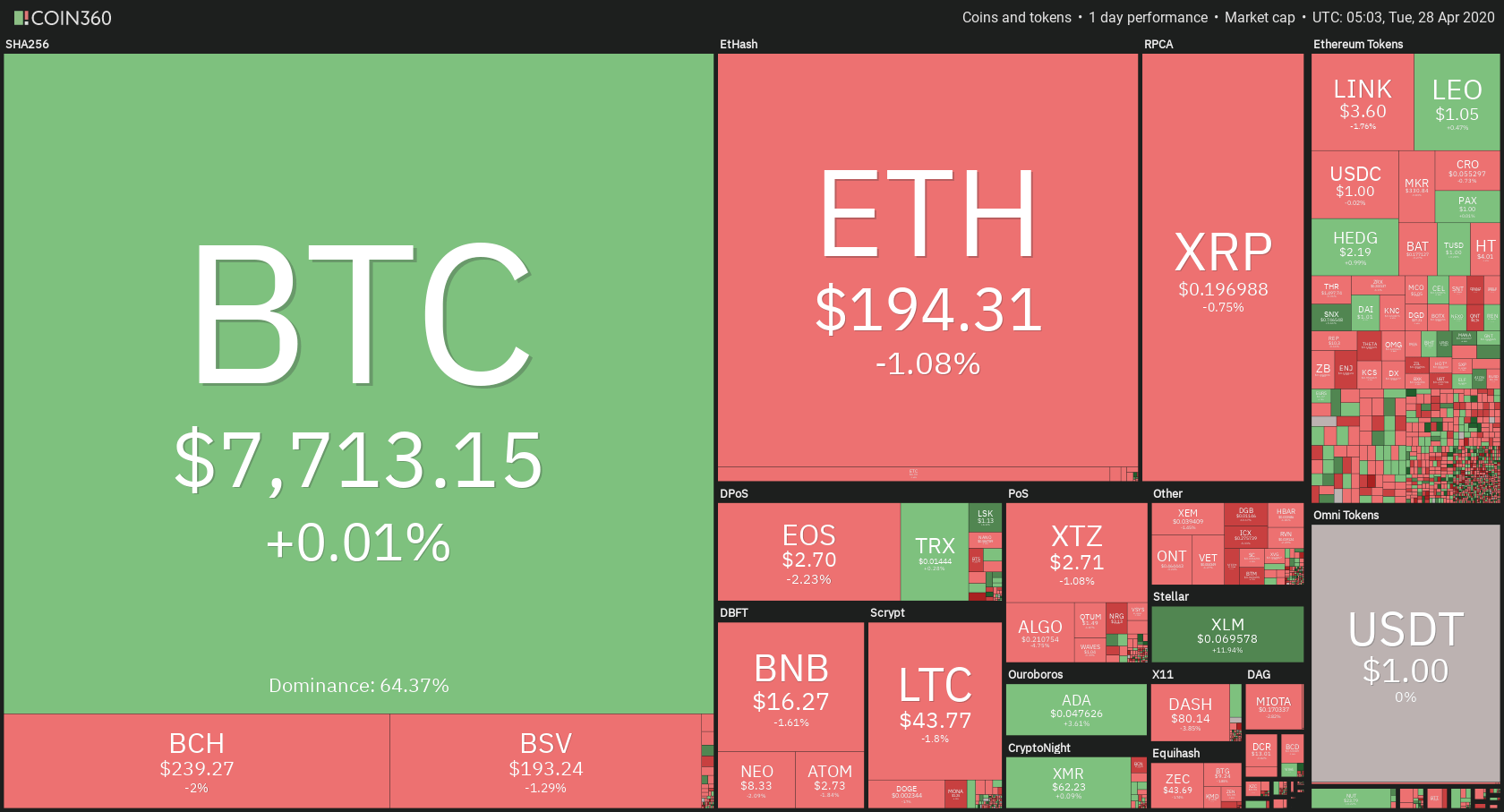 Bitcoin’s dominance decreased slightly compared to yesterday’s dominance levels. Its value is now 63.37%, which represents a 0.41% difference to the downside. 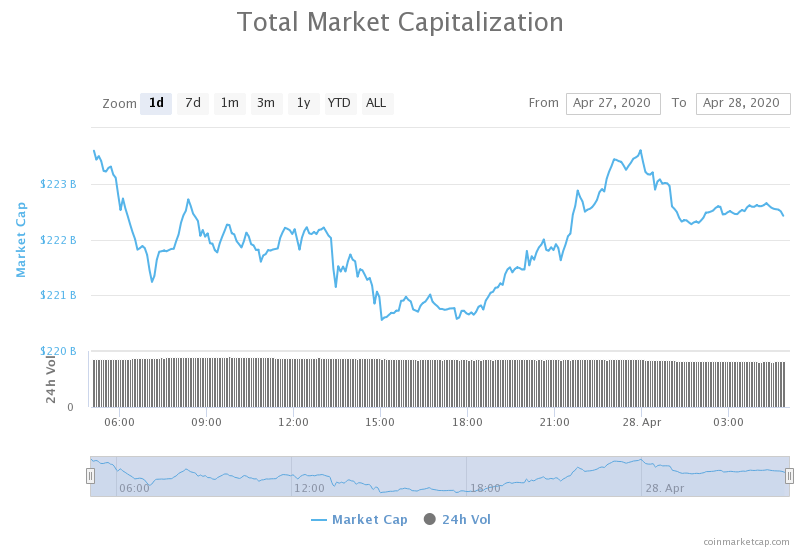 The cryptocurrency market capitalization pretty much stayed at the same place when compared to yesterday, with its current value being $222.50. This value represents a decrease of $0.52 billion when compared to the value it had yesterday.

This year has not been good for financial markets. However, cryptocurrencies seem to be surviving the current situation a lot better. While not much has been made about Bitcoin’s gains of 7$ since the start of 2020, Ether has been performing amazingly. Its year-to-date price increase is roughly 50%. Ether’s price was trading for $129.89 on January 1st, 2020.

Many call the cryptocurrency market a safe haven. However, while it is true that it was less affected than the traditional markets, cryptos showed some degree of correlation with the other markets.

The largest cryptocurrency by market cap had a day of consolidating, with one attempt of breaking the $7,750 resistance level. While the price did break the level, it was short-lived, and BTC went below the level soon after. As it failed to break the $7,750 level, BTC started gaining momentum to the downside.

BTC’s volume stayed steady over the course of the day, while its RSI level went down from the near-overbought levels to just under 60.

Ethereum spent the day consolidating as well. Unlike Bitcoin, the pressure was not just towards the upside. Ether had a couple of small pushes towards the upside and a couple of stronger ones to the downside. The $198 resistance level and $193.6 support level held up quite nicely, and the price remained within a range bound by these two levels. However, this narrow of a range will not last long, and Ethereum will have to break out to either side.

XRP did not differ in its movements much from the other two top cryptocurrencies. After one shy attempt to break the $0.2 resistance level, which did not even reach the resistance line, XRP started moving towards the middle of the range-bound by $0.2 to the upside and $0.19 to the downside. There are no current indications of the short-term direction of XRP.

XRP’s volume remained at the same levels over the past couple of days, while its RSI level started dropping, currently being at 53.5.

LAST HOUR NOTICE: Ripple just has made a large movement that broke the 0.2 resistance and made a new top above the one made on April 07. This 5 percent impulse has put it directly in an overbought condition but signaled a clear bullish move for this digital asset. It is expected a consolidation after the candle, but buyers may enter on the breakout of the 0.21 level.