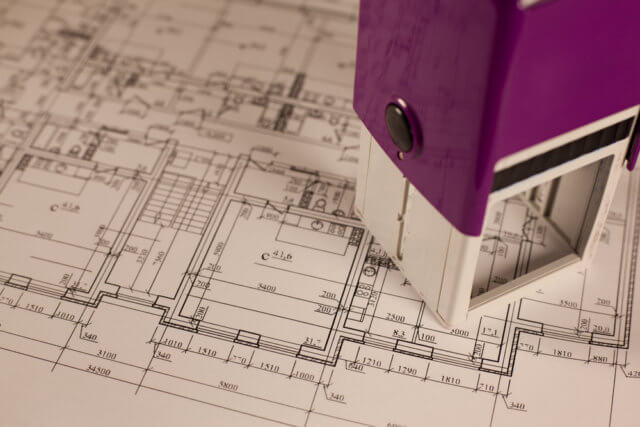 What is a Building Permits Report?

It is an official authorization by the local governing body to allow construction of a new building or the reconstruction of an old one. An individual owning land cannot simply build a house or a commercial store without any approval from the concerned legal authorities. The building which has obtained its permit implies that it has received the planning permission by the local state planning department.

The governing body dictates construction rules and regulations, which will be specific to that geographical location. For example, a state which is vulnerable to earthquakes is likely to have a mandate which dictates that building should be able to tolerate a certain level of seismic activity. A coastal region-building permit might require the builders to construct the building to tolerate high-velocity winds etc.

It is a monthly report which tells the number of houses that have started their construction activity recently and are at the beginning stage of the construction process.

It is also a monthly report which tells the number of houses that have reached their finishing stage with the majority of the construction work completed recently.

How is the Building Permits Report obtained?

As per the Census Bureau, the organization conducts a voluntary mail survey, to which the officials give a response with their reports and figures from which they generate the final report. They cover almost the entire country through the individual permit offices, which in most cases, are the municipalities. Based on geographical locations, the reports can be categorized for area-specific analysis.

Is the Building Permits Report important?

The number of building permits applied is genuine, as it costs around 500 to 2000 dollars on the type of building, which can be a residential home or a commercial store. All the numbers are, in actuality, going to translate into real newly constructed buildings.

Construction of a building involves a lot of economic activities like the hiring of the labor force, preparing raw materials, purchasing construction items, hiring engineers, etc. Because of the scale and nature of the activity, more money gets circulated into the economy. A large increase in the number of building permits can indicate an increase in employment, increased consumption of goods and services, flourishing businesses, etc.

Construction permits also indicate that the population has enough funds or has the necessary means, which is usually bank loans. Most people construct a home through a mortgage, which implies that banks are ready to lend money; this again implies that money was injected into the economy to stimulate economic activity.

An increase in building permits can also mean that the population has more confidence in their economic prospects and trust the solvency of the plan. Since the construction of a home or a commercial store involves a significant amount of money, we can also give an insight into the nation’s liquidity and health of the economy. An increase in building permits also gives us an idea about the country’s lending environment, i.e., whether the health of the banking sector for the monetary base of the nation will expand or contract, which can be inflationary or deflationary respectively.

How can the Building Permits be Used for Analysis?

An increase in the building permit report tells that the construction sector people are confident about an increase in demand for house sales, which implies more money will be in circulation soon. Conversely, decreased building permits report tells us that the economy is slowing down or contracting due to which people are not ready to buy new houses or do not have sufficient funds to afford the cost.

We can browse through the historical building permits survey reports on the official website of the United States Census Bureau here. You can also find the construction-related statistics here.

Impact of Building Permits news release on the price chart

In the first part of the article, we understood the importance of Building Permits in a country, which is a key indicator of demand in the housing market. The ‘Building Permits’ indicator, also known as ‘Building Approvals’, is one of the most impactful events in the forex market.

Traders and investors around the world pay a lot of attention to this data and keep close on its numbers. The ‘Building permits’ data is released on a monthly basis and is said to cause a fair amount of volatility in the currency pair. In the following section, we shall see how the data of ‘Building Permits’ affects the price charts and notice the change in volatility.

For illustrating the impact of the news, we will be analyzing the latest month-on-month ‘Building Permits’ data on Australia and measure the impact of the same. A higher than expected reading is considered to be positive for the economy, while a lower than expected reading is considered to be negative. In this case, the ‘Building Permits’ of Australia was reduced to -15.3% from +3.9%, which is a reduction of a whopping 19.2%. One would already imagine this to be very bad for the Australian economy but let us see what it meant for currency traders.

We shall begin with the AUD/CAD currency pair, where the above chart shows market action before the news announcement. We see a decrease in volatility as the announcement is nearing as the market players are eagerly waiting for the ‘Building Permits’ data. We already have an idea from what is forecasted by economists that the data is going to much worse than before due to a fundamental factor that has affected the Australian economy. Instead of predicting what the numbers are going to be, it is better to wait for the actual news release and trade based on the shift in momentum.

In the above chart, after ‘Building Permits’ data is released, the market collapses, and the price goes below the moving average. The market reaction was as expected, where there was a sudden increase in volatility on the downside. The data shows that there was the least confidence in the housing market of Australia in the month of February. As the market falls and given that the ‘Building Permits’ data was very bad, we can ‘short’ the currency pair with certainty.

A few hours later, we see that the market shot up and reversed completely.  This move was influenced by the announcement of ‘Interest Rate’ by the Reserve Bank. We need to always be aware of such events, especially when we are already in a trade. This teaches us the importance of trade management, which crucial for every trade.

The above images represent the AUD/CHF currency pair, where it seems like the market has factored in weak ‘Building Permits’ data before the news announcement. After a big downward move, the market has retraced from the ‘lows,’ which is the ideal use case for going ‘short.’

Also, at present, the price is below the moving average, which shows the weakness of the Australian dollar. After the data is released, the price goes lower but leaves a spike on the bottom, and we see increased volatility on both sides. But this shouldn’t scare us, and we need to stick to our plan of going ‘short’ in the currency pair as the data was really bad.

In the EUR/AUD currency pair, the Australian dollar is on the right-hand side, which means a news release positive for the currency should take the price lower and vice versa. The characteristics of this pair are different from the above-discussed pairs since the price has retraced the major uptrend by a lot. This means the Australian dollar is very strong against the Euro.

Therefore, any news release that is negative for the Australian economy may not collapse the Australian dollar here. Therefore, it needs to be traded with caution. After the news announcement, the price does go up because of the weak ‘Building Permits’ data, but after a couple of candles, the price goes below the ‘news candle.’ We see that the news data does not have much impact on this currency pair and not suitable for trading based on news.

That’s about Building Permits and the impact of its new release on the price charts. Let us know if you have any questions in the comments below. Cheers.