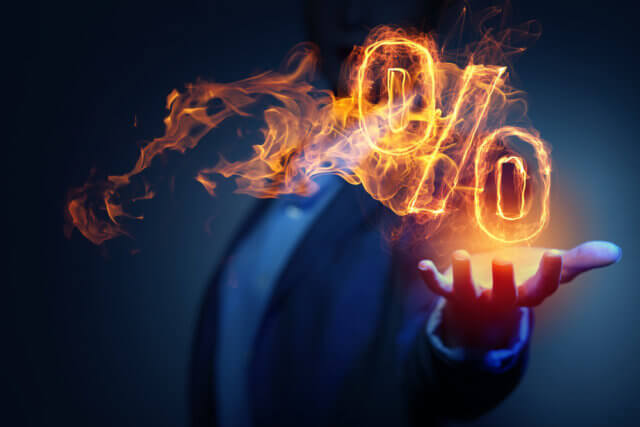 Economic indicators measure how strong the economy of a country is. They `can measure specific sectors of the economy, such as housing or manufacturing sector, or they give measurements of the country as a whole, such as GDP or Unemployment. The following article will explain one such crucial economic indicator that drives the value of the currency – Interest Rate.

What is Interest Rate?

When interest rates are high in a country, banks find it difficult to pass on such rates to consumers as it corresponds to fewer loans and more savings. This reduces spending in people, which will have an impact on the economy. Also, raising the interest rates curbs inflation and thus improves the economy.

The interest rate is frequently used by money managers while making investment decisions, and they look at different types of rates. The different kinds of Rates are Nominal, Real, and Effective interest rates. These are classified on the basis of critical economic factors that can help investors become smarter consumers and better investors. Let’s understand each of these types below.

Nominal Interest Rate is the rate that is stated on a loan or bond. It signifies the actual price which the borrowers need to pay lenders in order to use their money. For example, if the nominal rate on loan is 10%, borrowers can expect to pay $10 of interest for every $100 they borrow from the lenders. This is referred to as the coupon rate because it used to be stamped on coupons that were redeemed by bondholders.

It is named this way because, unlike the Nominal Interest Rate, it considers Inflation to give investors an appropriate measure of the consumer’s buying power. If an annually compounding bond gives an 8% Nominal yield and the inflation rate is 4%, the real rate of interest is only 4%. This can be put in the form of an equation as:

There are other pieces of information that the above formula provides in addition to the Real Rate. Borrowers and investors make use of this info to make informed financial decisions. They are:

This type of Interest Rate takes the concept of compounding into account that the investors and borrowers need to be aware of. Let us understand how Effective Interest rate works with an example. If a bond pays 8% annually and compounds semi-annually, an investor who invests $1000 in this bond will receive $40 of interest payments for the first six months and $41.6 of interest for the next six months. In total, the investor gets $81.6 for the year. In this example, the Nominal Rate is 8%, and the Effective Interest Rate is 8.16%.

Economic reports & Frequency of the release

Federal Open Market Committee (FOMC) members vote on where to set the Target Interest Rate. Later, they release the reports on the same with the actual rate and analysis. The policies of Central Banks also have an impact on the Interest Rates of a country. The Reserve Bank members hold meetings eight times a year and once every six weeks to evaluate the Interest Rates. These economic reports are published on a monthly and quarterly basis, and investors can compare the previous Interest Rates to Current Rates and analyze how they changed over time.

Investors are always interested in countries that have the highest Interest Rate, and they are more likely to invest in that economy. The demand for local currency is expected to increase, which leads to an increase in value.

Under normal economic circumstances, when investments increase in a country, the value of the currency appreciates and thus attracting the traders across the world.

Sources of information on Interest Rate

The Interest Rate data of some of the major economies can be found in the below references. The Rates of the respective countries are also available on the Reserve Bank website. However, the FOMC makes an annual report on the Interest rate that can be found here.

Authentic Sources To Find The Info On Interest Rates

Interest Rate is one of the crucial factors that impact the currency of a country. It is especially crucial for traders who prefer taking trades on Fundamental analysis. But it is advised not to trade just based on this fundamental indicator alone. It is always better to combine the fundamental factors with proper technical analysis to get an edge over the market.

It is important to understand how the new releases of macroeconomic indicators like interest rates have an impact on the price charts. Below, we have provided some of the examples to demonstrate the impact of Interest Rates news release on various Forex markets. There is a reliable forum where all the government news release date is published, and it is known as Forex Factory.  Here, we can find all the present and historical information regarding most of the fundamental indicators like GDP, Interest Rates, Inflation Rate, etc.

Below we can see a snapshot taken from the Forex Factory website. FOMC (Federal Open Market Committee) is a branch of the Federal Reserve Board that releases the Interest Rate data according to the predetermined frequency. On the right, we can see a legend that indicates the level of impact the Fundamental Indicator has on the corresponding currency.

Below, we can see the latest figures for Interest Rate data released by FOMC. We can see that the rate hasn’t changed from the previous release (both Actual and Previous being 1.75%)

From the above chart, it is clear that before the news releases, the market was in a consolidation state (observe the last few candles.) Most of the Fundamental traders and investors must be waiting for the latest Interest Rate numbers. We have also plotted an MA on the chart to identify the market direction, and we can see the MA also being flat before the news release.

But why did the market collapse after a few minutes? This is because the market was expecting a rise in the interest rates, but FOMC kept a neutral stance and did not raise the rates. This explains the reason why the market fell after the announcement. The MA, too, does not rise exponentially, which shows the weakness of the buyers.

Since the market moved quite violently, later, the news release could prove to be profitable for the option traders who did not have any directional bias. There will be many traders who would want to take advantage of the market volatility right after the news release. So, even before the news is out, they employ various options strategies and make a profit. This requires a high amount of experience and knowledge of options and is not recommended for beginners. Now, let’s quickly see how this new release has impacted some of the other major Forex currency pairs.

From the above charts, it is clear that the USD/CAD pair shows similar characteristics as that of our USD/JPY example. The last few candles before the news release portray a bit of consolidation prior to the news release, followed by a spike during the news announcement and then finally a collapse. One can take short trade in this pair and make a profit on the downside. Make sure to combine this with technical analysis for extra confirmation.

Since the US dollar is on the right side in this pair, ideally, we should see a bullish momentum after the news release. We can see that right after the release, the market prints a spike on the downside and forms a ‘hanging man’ pattern, which could be a sign of trend reversal. It can be clearly observed that the news had a significant impact on this pair as it reversed the trend almost completely.

All we wanted to say is that the major Fundamental Indicators do have a significant impact on the price charts. At times we can see that these news releases can increase the market volatility significantly and even change the direction of the underlying trend. When we combine these Fundamental Factors with the Technical Analysis, we will be able to predict the market accurately and take trades with at most accuracy. Cheers!

We hope you find this article informative. If you have any questions, let us know in the comments below. Cheers!