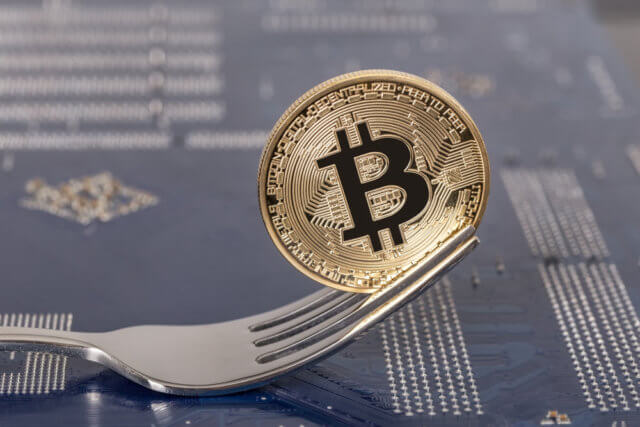 We have discussed many topics concerning cryptocurrencies in our previous guides. Some of them are basic, and some belong to the intermediate and advanced category. If you have been following us, you would have realized that we have chronologically structured this Crypto Guide series. Because we want you to get a clear understanding of the entire crypto market from a very basic level. Since we have completed most of the basic concepts, let’s go a bit deeper to understand more complex aspects of this space. In our article today, let’s understand the concept of Forking in cryptocurrencies.

What is a cryptocurrency fork?

You must be aware of the software updates that we keep receiving in our smartphones. These software updates typically fix the reported bugs in the existing software version or may add many other features to it to make it more secure and robust. This applies the same for cryptocurrency networks as well. Every network needs an update, and that update is known as ‘Forks.’

However, this is only one of the reasons why Forking is done. There is another crucial reason behind every blockchain Fork that has happened until now. Before understanding that, let’s understand what a Protocol is. It is essentially a set of rules that must be followed by all the existing nodes in a crypto network. Some of the rules in a protocol include Block Size, Rewards, etc. Now, let’s see the actual purpose of a Fork.

When a significant part of the existing stakeholders like Miners, Developers, etc. do not agree with the updated protocols, the need for the fork arises. In simple words, when a set of important individuals in the network are not ready to follow the newly updated rules, the entire network is forked, and the process is known as Forking. Once the fork is done, a part of the network follows the new rules, and the other set follows the previously existing rules. Now, let’s understand the different types of Forks that occur in a blockchain.

There are two types of Forks in the world of cryptocurrencies – Hard Fork & Soft Fork.

This kind of fork results in the permanent splitting between the existing blockchain. Meaning, the network is completely divided into two and results in two different cryptocurrencies altogether. In a Hard Fork, the old nodes that resist upgrading won’t be able to process the new transactions or add new blocks to the blockchain.

For instance, let’s say after the upgrade, the new block size is changed from 4 MB to 8 MB. If the new node, which is upgraded, processes a block of 6MB, the old nodes consider them as incompatible and reject the block altogether. Each of these blockchains will have a separate community, and developers altogether. One important thing to remember is that all the transactions for the parent blockchain are copied to both of the newly formed ones. That is, if you were a part of a cryptocurrency’s original blockchain, you would be getting cryptos of newly formed ones as well.

To explain this, we would like to take one best example of a hard fork which is the Bitcoin and Bitcoin Cash. Since Bitcoin is the original blockchain, and the hard fork occurred, if you were holding 10 Bitcoins, once the fork is done, you will be receiving ten coins of Bitcoin cash as well.

Unlike hard fork, the old nodes that aren’t updated with the new rules can still process the new transactions and add new blocks to the network. Hence there is no need for dividing the entire network into two different networks. The older nodes can upgrade to the new ones whenever they want to, or they can remain the same way. Also, the transaction history will remain intact until the time of the fork.

The only rule here is that the old nodes must not violate the new rules after the soft fork is done. For instance, let’s say a soft fork is done in a blockchain, and the block size is decreased from 8MB to 4 MB. The older nodes can process new transactions and add newer blocks to the network, which are only of size less than 4 MB. If the older nodes try to add a block that is of 6MB, the new nodes will reject it as the updated rules aren’t followed.

That’s about Forking and types of forks in the world of cryptos. These forks are and will continue to be an integral part of the crypto space as the adoption is increasing with time.