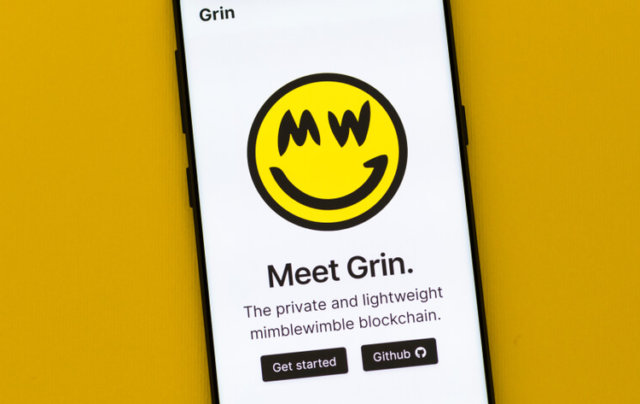 We have been discussing many basics of cryptocurrencies and the groundbreaking tech behind them – Blockchain Technology. By now, we know the properties, features, pros, and cons this revolutionary technology possesses. It is evident that more research is being done on continually improving the blockchain technology, which will eventually make the crypto space better. One such innovation in this space is the Mimblewimble protocol. In this guide, let’s briefly understand what this protocol is all about and its successful applications.

Mimblewimble is a protocol that has the potential to improve the scalability and privacy of a blockchain. This tech was published in the mid of 2016, and the first successful application of it was in early 2019. This protocol is built on the principles of advanced cryptography known as Elliptic Curve. The main advantage of using this cryptography technique is that it uses relatively smaller keys. Also, a Mimblewimble network doesn’t have any addresses in them and hence taking lesser space in the block.

To put things in perspective, the maximum block size of the Bitcoin network is 4MB. But the block size of a network that runs on Mimblewimble protocol is a mere 400 KB, which is 10% of the Bitcoin block size. But the pros of this protocol are not just confined to the lesser storage capabilities. As the size of a block is small, the scalability of the network increases. Also, the anonymity factor is an additional advantage this protocol offers.

Working of the Mimblewimble Protocol

On the contrary, Mimblewimble protocol works more efficiently by eliminating these inputs and outputs. Instead, a multi-signature is used to replace all of the inputs and outputs. In this case, if you want to send 10 Bitcoins to someone, both of you will get a multi-signature key for verifying the transaction. Also, we have mentioned about the elimination of addresses in the Mimblewimble network. This is made possible by including a Blinding Factor. It is used in the encryption of both the inputs and outputs along with the public and private keys of both the parties.

This blinding factor will remain a secret between you and the person you want to send Bitcoin to. This increases the privacy of the transaction you are making as only you, and the receiver knows about the transactions you made.

Grin and Beam are the two cryptocurrencies that have successfully implemented the Mimblewimble protocol to their respective networks. So we know that these cryptos are incredibly private and scalable as well. Please do your research to understand the properties of this coin better. Innovations like this bring a lot of hope for us and increase the usage of cryptocurrencies in real life.

Fun Fact: The anonymous inventor of the Mimblewimble technology portrayed himself with the name ‘Tom Elvis Judisor,’ which in French translates to ‘Voldemort,’ the famous Harry Potter character. Also, the name Mimblewimble is taken from the Harry Potter series, which means a tongue-tying curse.