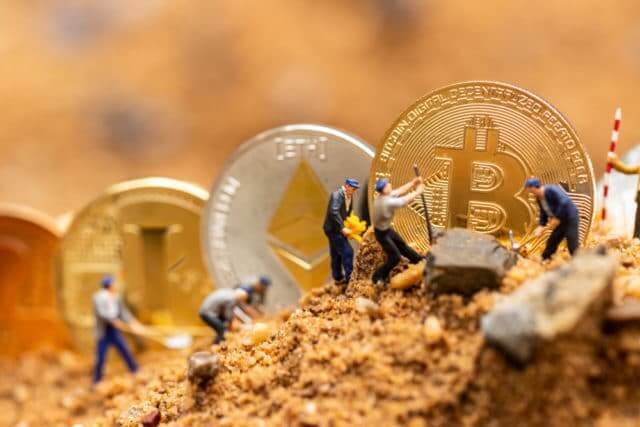 So, can you still make enough money out of crypto mining in 2019? This simple guide tells you everything you need to know about cryptocurrency mining. And acts as the perfect launchpad to a successful crypto mining career.

The concept of cryptocurrency mining is often baffling to people outside cryptoverse and even to some inside it. Cryptocurrency mining, a.k.a crypto mining, is the process by which transactions between cryptocurrency users are verified and added on to the long list in the public blockchain ledger. The same process also introduces new coins into the circulating supply of a particular cryptocurrency.

Cryptomining is achieved via the use of specialized computers. Technically, anyone with a computer and internet can mine cryptocurrency. The only problem in actual success with crypto mining depends on several factors, such as which crypto you’re mining, how powerful your computer is, and the cost of electricity where you live. (More on that later). Depending on all these factors, crypto mining may be more expensive – both financially and time-wise – than anything you’re gaining from it.

Who Are Cryptocurrency Miners?

Cryptominers are sometimes called the backbone of many cryptocurrency networks. And they’re worthy of this title because they are the ones responsible for issuing new crypto coins, validating transactions, and ensuring the security of blockchain networks.

As cryptocurrency has increased in value, so have more cryptominers jumped into the bandwagon. As such, crypto mining has become so competitive that it’s no longer profitable to mine alone. Today, most cryptocurrency mining is done by “mining pools” in warehouses that have low-cost electric power.

What Is Hash Rate?

Hash power, or hash rate, is the measure of the processing power of a mining computer. The higher the hash rate, the faster the next block on the blockchain network is found. The creator of the first cryptocurrency – Satoshi Nakamoto – intended for Bitcoin to be mined via computer CPUs. However, innovative programmers soon discovered they could derive more hashing power from graphic cards and wrote mining software to facilitate this.

Graphic cards were then surpassed by Field Programmable Gate Arrays (FPGAs), which were soon phased out by ASICs, which packed inordinately more hashing and staying power. Nowadays, all serious crypto mining is done with ASICs, usually in low-cost electricity areas and in thermally-regulated areas. (Data mining centers are thermally regulated because the power ASICs consumes ends up as so much heat.)

What Is The Purpose Of Mining And How Does It Work?

However, in PoW – which is used by cryptos such as Bitcoin, Bitcoin Cash, Litecoin, and others, miners compete with each other to solve computational puzzles to solve the next block.

So, what is the point of mining at all? Mining is central to cryptocurrencies that rely on PoW TO keep the network functional. There are many intricacies involved with mining, but it has three most important functions which are as follows:

It issues new coins into circulation.

Unlike fiat currency, which can be issued by the central bank at any time, mining is what facilitates the entry of new crypto coins into circulation. The issuance of new coins is set in the cryptocurrency code, so miners cannot manipulate the system or create new coins out of thin air.

It validates transactions on the network

It secures the blockchain network

Block rewards refer to the crypto coins that are awarded by a blockchain network to block miners each time they mine a block successfully. These rewards are issued by cryptocurrencies that use the proof of work consensus mechanism. Most miners channel these rewards back to the ecosystem to fuel their mining costs while keeping the rest. 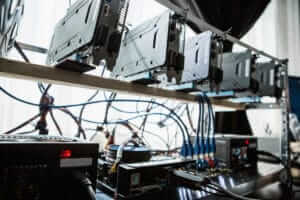 Bitcoin – the first cryptocurrency and the pioneer of cryptocurrency, currently rewards miners with 12.5 BTC for each mined block. In the beginning, miners were rewarded with 50 BTC. Satoshi Nakamoto, the creator(s) of Bitcoin, embedded “halving” – or what’s colloquially referred to as “halvening” in cryptoverse, into the system so that the block reward is slashed into two after every 210,000 blocks have been mined. Bitcoin’s halvening happens after about every four years.

Another example is Litecoin, which also halves its mining rewards. Litecoin’s halving occurs after every 840,000 blocks. As of November 2019, the block reward for the cryptocurrency is 12.5, having been halved from 25 in August.

The question that bugs many in cryptosphere is this: what happens after these cryptocurrencies’ coins, and others that rely on mining, are all mined? How will miners be rewarded? Well, besides block rewards, these crypto’s protocols have also provided transaction fees as a means of reward. The transaction fees will shoot up once the maximum supply is achieved – in response to increased demand. Thus, new coins may no longer enter into circulation, but miners will still have a payday.

When a transaction is made on the blockchain, e.g., a user sending bitcoin to another user’s address, the transaction must be recorded – that is, the information must be indicated on a new block

The Downsides to Cryptomining

Though mining is the lifeblood of certain cryptocurrencies, it comes with its own share of challenges. Some of these are as below:

Complexity: Cryptomining is not for the uninitiated. Even people with a pretty good grasp of cryptocurrencies and blockchains might find themselves befuddled in the first few days. What’s more, you’ll need to assemble a range of equipment such as a customized mining computer, an ASIC chip, cooling equipment, and so on.

On top of that, you’ll need to read a lot, keep abreast of what’s happening in the crypto world, and be prepared to make mistakes once in a while.

Electricity Costs – Mining can prove quite expensive, mainly because it consumes a lot of electricity. The ASIC computers and the massive servers involved usually rake up enormous power bills. Bitcoin mining is especially electricity-intensive – so much that it has raised questions from ecologists who argue that it’s becoming a threat to the environment.

Hardware Costs – Mining farms need to spend a lot of money to purchase stronger equipment every other few months as the prior equipment becomes obsolete due to increased mining competition. The cooling systems further add up to the hardware costs.

Vulnerability: The proof of work model is vulnerable to an individual or an entity gaining control of 51% of the network’s computing power. If this were to happen, it would essentially hold the network hostage. The more dominant mined cryptocurrencies like Bitcoin, Litecoin, Bitcoin, and Monero are safe from this nature of attacks. However, smaller cryptocurrencies that require longer block processing durations and have weaker daily volumes could fall prey easily.

The concept of cryptocurrency mining is fun, as it can be confusing. This guide should lift part of the mystery surrounding the concept. It has been interesting to see the evolution of crypto mining – from being able to mine from the comfort of your home on your PC to dedicated warehouses solely for mining. The innovation of ideas that have gone into the space is also exciting, and we can only wait to see what more the enterprising mining community comes up with in the future.