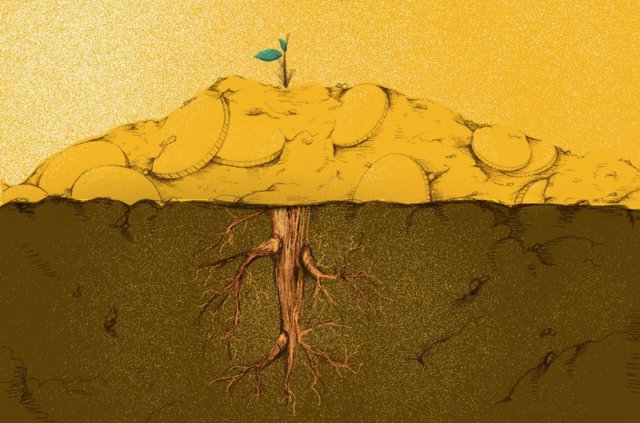 It has been a while since the Bitcoin platform received a major upgrade. There is, however, a major upgrade proposal in the works that is nearing public launch. The proposed bitcoin soft-fork designed to improve the platform security and boost user privacy is already moving through the developer feedback phase and maybe getting ready for public launch soon.

The Bitcoin Taproot/Schnoor upgrade proposal, originally revealed in 2018 by Greg Maxwell, one of the core developers of Bitcoin, is a long-anticipated technical upgrade. It is touted to improve not only the security of the network and the privacy of the users but also the scalability, fungibility, and script innovation in the blockchain platform.

What is the Bitcoin Taproot proposal?

Taproot and Schnorr updates, or simply Taproot, is Bitcoin’s next greatest technological breakthrough that promises ‘a new world of possibilities’ for the digital asset. The proposal remains highly sensational and has been subject to extensive deliberation in the Bitcoin community because it is a major platform upgrade with great implications on transaction architecture and performance.

It is designed to improve Bitcoin’s privacy and boosts platform scalability by making all the transactions on the platform appear the same to an outside observer, regardless of the complexity of the transaction details. The Schnoor update, on the other hand, is a code modification that aggregates transaction signatures to make it possible to implement Taproot.

Here is how Taproot works; in the Bitcoin network, transactions are validated using public-key cryptography. Currently, transactions are validated using an Elliptic Curve Digital Signature Algorithm. This algorithm has a number of glaring shortcomings, especially when it comes to transaction privacy and platform fungibility. Taproot is designed to fix these shortcomings by concealing specific types of transaction details from outside observers, in a way, standardizing and simplifying the details that are visible to outsiders.

The Taproot output key will be a single code that represents all the complex codes that would otherwise present a transaction as a collection of different keys. An outside observer will only see the single output and would not need to bother with finding out which two keys were used to generate it.

Aside from improving the privacy of the platform, this upgrade would also significantly reduce the size of the transaction file. This goes a long way to reduce the Bitcoin transaction fees as well as making the Bitcoin network more scalable. If you are familiar with the limitations of the Bitcoin platform, you will appreciate that any upgrades implemented to make it more scalable are crucial, especially if it does not involve hard-forking the platform.

Will the Taproot upgrade bring forth a BTC revolution?

When it was first proposed two years ago, the Taproot proposal triggered heated discussions among Bitcoin developers and in the general Bitcoin community. Throughout the time the upgrade was in development, the proposal moved through the Bitcoin ecosystem feedback phase as developers made their recommendations and reviewed possible changes to the proposal draft.

On December 17th, during the final scheduled meeting of the Taproot review group, an update on the project was made public. Bitcoin Core developer Pieter Wuille revealed that the upgrade proposal was ‘nearing completion’ and that developers were already putting the final touches that addressed all the comments and suggestions collected by the review group.

This upgrade could be a major turning point for Bitcoin – despite it not requiring a hard fork – because of the improvements, it makes to the system. When implemented, the Taproot/Schnoor upgrade could accelerate the process of block validation by as much as 250% and cut transaction fees by as much as 30% to 75%, according to Square Crypto product manager Steve Lee. Lee made this prediction in a presentation in the summer of 2019, and it is consistent with what other experts have had to say about the subject.

There is a good chance that the Taproot update could be the upgrade that revolutionizes the Bitcoin platform considering the limitations that are currently holding it back. On top of the list of problems plaguing BTC is scalability, which can be attributed to the Proof-of-Work (PoW) consensus it uses. PoW is so power-hungry and so slow that it limits BTC to between 3.3 and 7 transactions per second (TPS).

Visa, for comparison, processes around 1,700 transactions per second and may be capable of processing as many as 24,000 transactions per second. If Bitcoin is to ever scale globally and match this transaction processing speed, then a major change has to be made. However, there is little that can be done to improve from the current TPS without hard-forking the platform. The Taproot upgrade goes a long way to boost the platform TPS without the need to switch to a different consensus such as Proof-of-Stake (PoS).

Fungibility is an economics term that refers to the property of an asset whose individual units are standardized or essentially interchangeable. It means that each part that makes the whole is indistinguishable from another. In this case, Taproot improves Bitcoin’s fungibility by making all the outputs for spending look identical.

According to Kento U of Coinmonks, Taproot is Bitcoin’s next big update largely for the fungibility benefits it brings to the platform. Being a scheme for signing transaction scripts, Taproot’s most functional role is to homogenize the transaction output from a content perspective. When Bitcoin transactions are made to look exactly similar from the blockchain explorer, it guarantees that the Bitcoin network will be more secure since it will not be easy to tell one transaction from another at a glance.

There is also another great benefit to rolling out the Taproot update on the Bitcoin network; it opens up the possibilities for inscription innovation by allowing for complicated arrangements of keys and signatures in a transaction. This will effectively eliminate the limitation of the number of scripts that can be used to spend Bitcoins.

Why is Taproot update a big deal to the community?

A very small percentage of Bitcoin users pay close attention to system updates on the Bitcoin network, yet they often turn out to be the most bullish indicators for the Bitcoin currency. Most people still mistakenly look at institutional investors, Bakkt futures, and bankster instruments for indicators, yet all these and many other common events rarely ever affect the platform on which Bitcoin runs. The Taproot upgrade has a direct impact on the scalability, decentralization features, and fungibility of Bitcoin, which influence its long-term value.

It is commendable, however, that the interest the community has on this latest update proposal is gaining momentum and attracting wide interest. Developers working on the update and members of the Taproot review group have expressed optimism that the new development has generated impressive interest in the network as it moves to the next step of development.

When the draft is formally proposed as a Bitcoin Improvement Proposal, and a pull request to the Bitcoin Core pulled, the Taproot implementation is expected to undergo another round of reviews and suggestions before it is finally merged with the main branch if all goes well.

Members of the Bitcoin community still have the opportunity to analyze and suggest improvements to the upgrade while the proposal is still in the review phase.