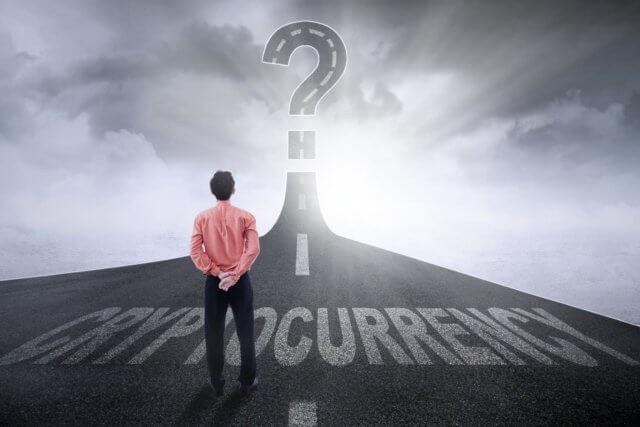 The year 2019 may have been pretty uneventful for those in the crypto space. Still, if you thought the blockchain and cryptocurrency technologies had peaked, the year 2020 promises to bring with it ground shaking surprises in the crypto sphere.

The last year was characterized by a handful of bullish breakouts, some highly publicized exits here and there, and the entrance of a large number of players into the crypto space. However, we can all agree that it was a significant slow down from the crypto fire that raged from 2017 through 2018.

If you are abreast of all the major developments in the world of cryptocurrency and blockchain technologies, you will appreciate that there were a number of notable developments in 2019 that set the stage for this year to be hot! 2020 is the year that a number of notable institutions looked forward to making their presence felt either by investing in it or introducing revolutionary technological advancements. For instance, Radix distributed ledger technology, which is hyped to be a better alternative to blockchain technology, is expected to be publicly released this year.

Enthusiasts of cryptocurrency also look forward to the materialization of several distinct trends that revolutionize the digital money industry and even the global way of life in general. We have put together the top five promising trends and updates to which every crypto investor must pay attention to stay on top of industry developments.

Being the second-largest cryptocurrency by market cap and popularity, Ethereum is already undergoing a major upgrade that many industry experts believe will revolutionize not just the cryptocurrency arena but the financial world in general. Ethereum 2.0, dubbed ETH2 or Serenity, is a major platform upgrade that brings a ton of new features to the network, the most notable being the shift from the Proof-of-Work (PoW) to Proof-of-Stake (PoS) consensus protocol.

Simply put, the shift from PoW to PoS passes the block validation function from blockchain miners to special network validators. This not only makes the blockchain network faster and verifying transactions more efficient but also improves overall platform security as chances of a 51% attack are effectively eliminated.

There are many reasons why Ethereum’s shift from PoW to PoS consensus will shake up the crypto world. First off, the older PoW consensus that is still used by Bitcoin greatly limits the scalability of the platform, and as such, the shift opens Ethereum to a world of transformation that even Bitcoin cannot match.

Considering that more people are embracing blockchain and cryptocurrency every day, it is important to note that the upgrade will improve the performance of the network, thereby making it acceptably fast for real-world use cases. It would be an understatement to say that the improvements on the Ethereum platform, implemented in three phases, are groundbreaking.

The developments, once successfully implemented, will pave the way for mainstream adoption of the blockchain for use in almost any industry and by anyone. This may be the change that finally opens up blockchain for small businesses and even individuals to implement their projects affordably and efficiently. Could this be the sign that 2020 is the year that tokens and assets running on the Ethereum platform will explode?

2. Increased regulation of crypto and impact on anonymity

One of the frequent themes that came up whenever cryptocurrency was discussed on the public media in 2019 was the ever-increasing attempts to regulate blockchain and digital assets. In 2020, as more countries shift from viewing these technologies with suspicion to embracing them, expect more regulations to be passed.

There are still many unregulated exchanges operating today. However, it is just a matter of time before they are forced to either shut down or conform to government regulations designed to protect the growing cryptocurrency user base. Governments, through regulatory bodies, are also keen to collect more revenues from investors and crypto users, and the only way to achieve this is through new regulations.

Presently, many countries around the world have put in place some form of regulations or controls to manage cryptocurrency use. Most of these regulations were meant to be interim laws while the regulatory bodies caught up with the tech world to understand what future there is in cryptocurrencies. Many forward-looking governments are actively debating and researching what regulations they need to put in place and how best they need to implement them to earn from the crypto boom while protecting their citizenry.

Whether you look forward to investing in the crypto market or just need to stay on top of market developments, you have to appreciate the impact that the oversight and regulatory bodies will have on cryptocurrency, and in particular, the aspect of anonymity.

Throughout the second half of 2019, the price of Bitcoin was in constant decline. At the time of writing this post, Bitcoin was priced at just over US$8,000. However, with the next halving of Bitcoin expected in May, some experts predict that by the end of 2020, the price of Bitcoin could soar as high as US$50,000. This argument is backed by the fact that the last time Bitcoin cut its mining rewards by half, its price shot up by over 4,000 percent.

Bitcoin’s blockchain platform uses the Proof-of-Work consensus protocol where every block of transactions is verified (mined) and added to the chain rewards the miner with a fixed amount of Bitcoins. To prevent inflation of the currency, every four years, the value of the reward given to the miners for each block mined is reduced by 50 percent. If history is anything to go by, the price of Bitcoin will go up both before and right after the halving process. It may be hard to predict by what percentages the price will shoot up, but it will.

Presently, miners are rewarded with 12.5 Bitcoins for every block verified and added to the chain. This means that in May of 2020, after the halving, each block mined will attract a 6.25 Bitcoins reward. This is expected to lead to a spike in the price of Bitcoin because its supply in the market drops by half while demand keeps rising.

The year 2020 may be the magic year in which institutional investors and leaders in the traditional financial industry dive into the crypto world. Banks, hedge fund managers, endowments, pension fund investors, and pretty much everyone else who makes money from money must stop holding back on cryptocurrency or lose out.

It is no secret that institutional investors have been gradually warming up to cryptocurrency after years of denial and even outright condemnation. The rapid rate in which investors have been investing in digital assets since the crypto boom of 2017 is proof enough that 2020 will be the year in which even the most adamant deniers will be converted into investors.

The ever-rising popularity of blockchain and the adoption of cryptocurrency, and in particular Bitcoin, has encouraged institutions to diversify their portfolios to digital assets. The 2020 prediction is based on the fact that these institutions finally have the professional machinery to invest in large scale and governments are putting in place regulations that will enable them to invest depositor money in digital assets.

5. Retail adoption of crypto to soar as China prepares to dominate

In January 2020, a new set of regulations that represents the about-turn of the Chinese government’s attitude towards blockchain and cryptocurrency, have taken effect. For many years since the introduction of Bitcoin and the gradual but steady rise of cryptocurrency, China was known to be unreceptive towards these two technologies to the point of openly banning them. However, their new legislation targeting blockchain technologies and mining cryptocurrency is a clear indication that the future is bright for digital assets in one of the world’s largest economy.

The opening of the Asian market for cryptocurrency is perhaps the greatest boost for the adoption of digital assets since the late 2017 cryptocurrency boom that drove the price of Bitcoin to almost US$20,000. At the start of the 2010s decade, cryptocurrency adoption stood at about 50 million. However, there is a good chance that it will hit 1 billion by the end of 2020, according to analysts at coinbase. This is largely due to its adoption in the emerging markets where financial systems are mostly broken.

The 2020s decade will be the year of cryptocurrency to shine brighter than ever. Considering that blockchain is one of the greatest and most impactful technological advancements since the invention of the internet, it is just a matter of time before it becomes a way of life for a majority of the global population. The financial and cultural revolution that blockchain and cryptocurrency promised over a decade ago when the bitcoin whitepaper was made public is already here with us.

The rapid evolution of other complementary blockchain tools and products such as privacy-focused browsers, blockchain disruption of pretty much every industry, and all the benefits of decentralization have conspired to create an ideal global environment for digital assets to thrive in 2020. Whether you are an enthusiast still testing the waters or are a forward-looking investor looking to stay on top of new developments in the industry, this is the year to expect the most radical trends in the cryptosphere.