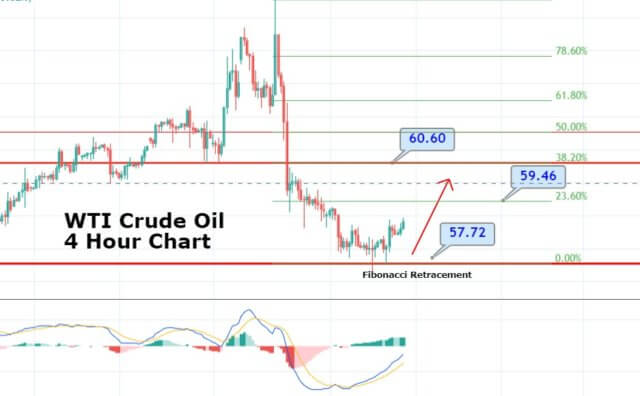 The WTI crude oil prices unchanged and maintain its biggest gain in the wake of sluggish economic growth in China, the world’s largest crude importer, as it increased concerns regarding the fuel demand.

In the 4th-quarter of 2019, the world’s 2nd-largest economy grew by an expected 6% from a year earlier, whereas the full-year expansion was 6.1%, the slowest in 29 years. The U.S. West Texas Intermediate dropped 7 cents at $58.45 a barrel, having risen more than 1% in the previous session. The contract was down about 1% for the week and also set for a second weekly decline.

On the flip side, decreasing chances of the US-Iran war and the U.S. dollar strength, which generally weighs on the commodity basket. The International Energy Agency gave a dark picture of the oil market outlook for 2020 on Thursday. The agency expected that oil supply would exceed demand for crude from the Organization of the Petroleum Exporting Countries (OPEC), even if members are fully compliant in their agreement with Russia and other producers to curb output, a grouping known as OPEC+.

On the other hand, the United Arab Emirates energy minister said this week that he is expecting a positive meeting with OPEC and its allies to meet next in March.