Any new Bitcoin user will tell you they’ve heard words like “miners,” “mining pools,” and “ASICs” being thrown around. But it’s not immediately clear what these terms mean, or whatever role they play in the Bitcoin ecosystem.

On the other hand, we have aspiring Bitcoin miners who are usually torn between going solo and joining a mining pool and are yet unacquainted with the latter option.

In this guide, we delve into the intricacies of Bitcoin mining pools and answer some of the most burning questions surrounding the topic.

What is Bitcoin Mining?

Bitcoin mining is the process of adding new blocks and transactions on the Bitcoin public blockchain. It involves miners guessing or playing with a random string of numbers and alphabets (known as a hash) until they arrive at the correct hash for the next block. A ‘block’ is a file that consists of transactions that have to be verified before being added to the blockchain.

Bitcoin miners utilize mining equipment known as “application-specific integrated circuits” (ASICs) that are designed to make a massive number of guesses per second. In the early days of Bitcoin, anyone could mine bitcoins on their PC from the comfort of their home. However, as the network became uber-popular and more miners joined the network, the mining difficulty (how hard it is to find new blocks) increased, rendering the average computer unsuitable for mining bitcoins. 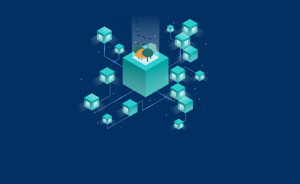 A mining pool is a group of miners who come together and combine their computational power in a bid to find new blocks faster. With the combined hashing power, the odds of finding new blocks are multiplied. If a pool succeeds in finding a block, the block reward is shared among the pool participants according to how much processing power each contributed. The more processing power a miner contributed, the more block rewards they will receive.

What is Block Rewards?

In Bitcoin mining, a block reward is what the bitcoins miners receive for discovering new blocks. This reward is halved after mining 210,000th block, which is roughly every four years.

In the beginning, mining a block got a miner rewarded with 50 BTC. That figure was halved into 25 BTC in 2012. It was then halved again in 2016 to 12.5 blocks. It was again halved a few days ago to 6.25. This was Satoshi Nakamoto’s idea of avoiding inflation.

Bitcoin mining pools do not have a standard operating procedure. Each pool has a different approach to the sharing of block rewards, and so on. Still, many of the most popular pools have certain protocols in common. Let’s get a look at the most common below:

Why Mine Bitcoin in a Pool?

As we’ve noted before, Bitcoin mining is a game of chance. Thus, it pretty much depends on luck. Hence, even if a miner controls a significant amount of computational power, it doesn’t mean they’ll find blocks proportional to that power. Instead, today they might find three blocks, tomorrow none, the next day one, and on and on.

Mining in a pool allows miners to combine their hash power, so they represent one large mining machine. With the combined hashing power, it’s easier to find the right hash sooner. This way, miners can get a more regular and consistent pay instead of a sporadic and less certain one.

What are the Disadvantages of a Mining Pool?

Mining pools represent a more sustainable income for miners since it multiplies the odds of them finding new blocks. At the same time, it has a downside for both miners and what cryptocurrency stands for.

When a miner participates in a pool, they relinquish some of their power and autonomy. They’ve got to adhere to the terms and conditions of the pool, even if unfavorable.

They also have to share block rewards, meaning they earn significantly less than if they received the entire block reward by themselves.

How to Choose a Bitcoin Mining Pool

Before you sign up for a Bitcoin mining pool, do a background check, and see whether it works for you. These are some of the factors you need to look out for:

Every pool has its own requirements that miners must meet before being incorporated into the pool. Before getting started with any pool, check the following:

Any decent pool should have an algorithm that enables it to distribute tasks evenly to all participants without discriminating against the ones with less powerful devices.

How transparent is the pool operator? For instance, is the hash rate declared by the pool the actual hash rate? Are the payouts being manipulated in some way? Some pools have a real-time dashboard that displays activity, eliminating any cause for doubt. You want to join such a pool.

This has to do with the type of mining hardware you have. High-end mining devices mean more computational power and hence more and frequent earnings for you. Hence, if you have low-end devices, best to avoid pools that make payments based on the output threshold.

Before joining a pool, check out its commitment towards security. Does it offer a secure connection? Is it vulnerable to the all-common denial of service attacks? Is it sufficiently robust against potential attacks?

The pool fee is the amount you pay for utilizing a mining pool’s services. Some pools charge no fee at all while others charge a nominal fee. Others incorporate the fee in the payout. Others offer free entry, after which they’ll start charging after a given period. Finally, some pools will require you to run the software on your own device instead of on their servers – which is usually expensive for the miner.

What are some of the Best Mining Pools?

After Bitcoin exploded, the currency’s mining industry is proliferated by all manner of mining pools. Some have made a name for themselves for having a winning combo of certain features. Let’s take a look at a number of them:

Launched in 2015, BTC.com is a mining pool owned by Bitmain, which is a dominant player in the ASICs manufacturing industry. BTC.com also runs on a stratum mining protocol and supports its own wallet known as the BTC.com wallet. The site supports English and Chinese.

Launched in 2016, ViaBTC is relatively new in the industry but has managed to claw its way to the top. The pool uses a stratum mining protocol and also supports merged mining. ViaBTC supports the mining of other cryptocurrencies such as Bitcoin Cash, Litecoin, Ethereum Classic, Dash, ZCash, and Monero.