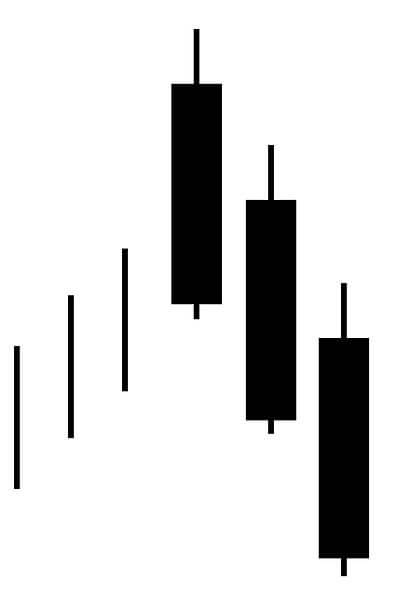 Three black crows are a pattern that indicates a bearish reversal of an uptrend. The black crow formation consists of three consecutive candlesticks that each opened within the read body of the previous candle and closed at a lower price than the previous candle. Traders often use this pattern in conjunction with other tools and indicators to confirm a reversal.

Three black crows is a visual pattern, which means that there are no calculations included to create the indicator. This pattern occurs when the bears overtake the bulls during a trending market. It is important to note that the candlesticks should have short to no shadows.
Being a visual pattern, three black crows are best used as a sign to seek further confirmation from other trading tools. The confidence a trader can put into the pattern greatly depends on how well-formed the pattern actually forms. If the shadows are long, it may simply imply that a minor shift in momentum will occur between the bulls and the bears.

Using volume indicators can make the three black crows pattern much more accurate. Volume during the uptrend that leads up to the pattern should be relatively low, while the three candle black crow pattern comes with high volume. 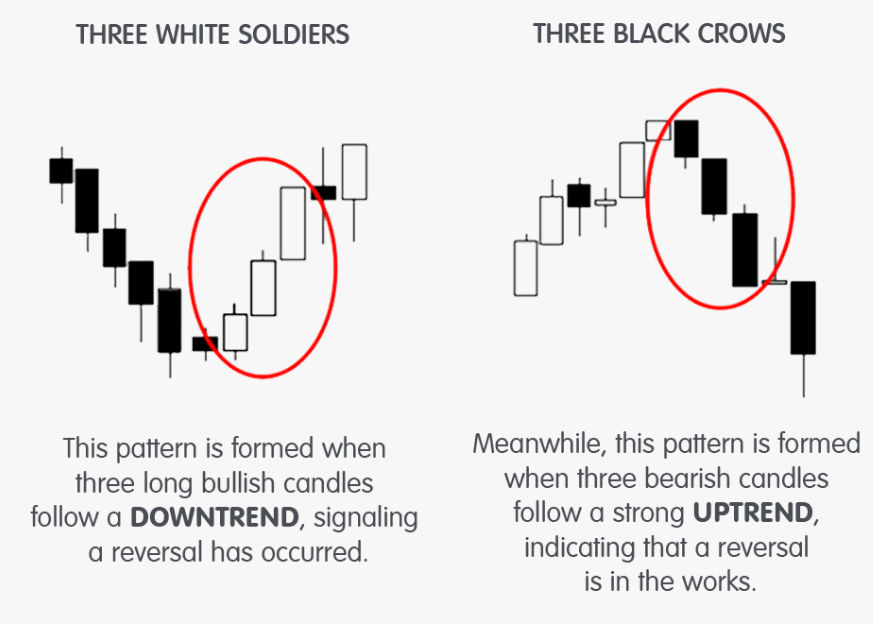 Three black crows pattern has a complete opposite, which is the three white knights pattern. This pattern looks and acts exactly the same, but is completely reversed. It signals a bear to bull reversal and has three bullish candles instead of bearish ones.

If the three black crows pattern formation involves a significant move to the downside, traders should be careful and look for oversold conditions caused by market instability. To mitigate this threat of pattern failure, we have to use an oscillator that can help with confirmation of the market reversal.