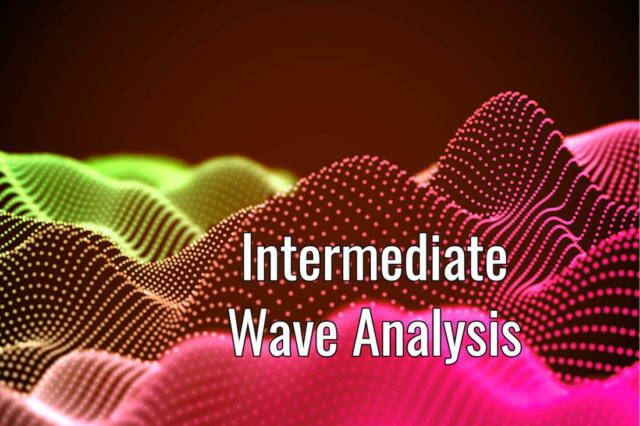 In our previous article, we presented the different standard Elliott wave formations, among which we highlight the impulsive sequence. In this educational post, we will look at the rules and principles to identify impulsive waves.

Impulsive waves are characterized by developing in a definite direction; this is which distinguishes a motive wave with a corrective sequence. The characteristics that must possess an impulsive structure are as follow.

If the price action does not accomplish one of these rules, the market is not moving in an impulsive sequence. Rather, it advances in a corrective structure.

The extension is the main characteristic of motive waves, and it is used to describe the largest move of an impulsive sequence.

The basic rule to classify and identify a wave as an extension states that the largest wave must surpass the next largest move, at least by 161.8%.

The Use of Labels to Identify Sequences

It should be noted that according to the labeling process described by R.N. Elliott, we will use variations to differentiate degrees, which corresponds to the timeframe that belongs to each Elliott wave structure.

To comprehend the structure of an impulsive wave and the extension concept, in the following chart, we observe the GBPUSD pair in its 12-hour timeframe.

The figure shows the impulsive advance developed by the Cable when the price found buyers at 1.1958 on September 02nd, 2019. The first motive wave, identified as “1” in green, resulted in a GBPUSD advancement of 624.1 pips, rising to 1.2582.

Concerning corrective waves 2 and 4, we observe that the second wave is shorter than the first move, and the fourth wave does not penetrate into the first wave region, which accomplishes the rules of construction of impulsive waves.

Furthermore, we observe that the third wave advanced beyond 161.8% of wave 1; similarly, the progression of the fifth wave is slightly lower than 161.8% of the third wave.

In consequence, GBPUSD shows the progress of a bullish five-wave impulsive sequence, with Cable having developed an extended wave in the third movement of the bullish cycle. Finally, once the fifth wave reached its end and the end of the bullish cycle, a three-wave movement in the opposite direction of the previous upward sequence will occur.

The impulsive movement is a structure that creates trends, which follows a five-wave sequence. The knowledge of its structure allows the wave analyst to understand the degree of the advancement of the prices and, in consequence, the potential next movement of the market under study.

In the next educational article, we will unfold additional concepts to understand the nature and rules of impulsive waves.