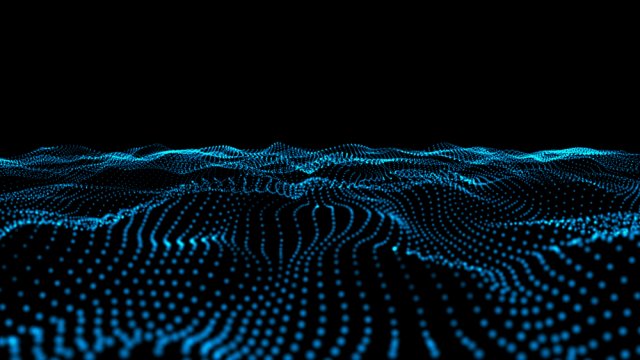 Wave counting is a systematic process by which the wave analyst identifies in a logical and standardized order the movement developed by the action of the market.

R.N. Elliott, in his work “The Wave Principle,” comments out that counting is not the most relevant part of the study of wave theory; however, this process empathizes that it is useful when studying the market progress across time.

The Wave Principle, defined by R.N. Elliott, is part of the law of nature, which, when known, can make predictions without knowing the underlying causes that originated this phenomenon.

In this context, financial markets are the result of a socio-economic interaction, which reflects the psychological feeling of the participants interacting in the negotiation process.

Despite the interests of each market participant, the outcome of the trading process is reflected in a price chart.

Elliott, in his work “The Wave Principle,” detected that price tends to make repeated movements over time.

On the one hand, there are movements that, over time, create trends. Elliott defined these movements as impulsive and are characterized by being composed of five segments.

On the other hand, Elliott described movements that oppose to impulsive moves as corrections and are composed of three internal segments.

Once the price action completes an impulsive sequence and a corrective movement, the market completes a cycle and starts a new one of similar dimension or degree.

The following figure shows the complete structure of a cycle. 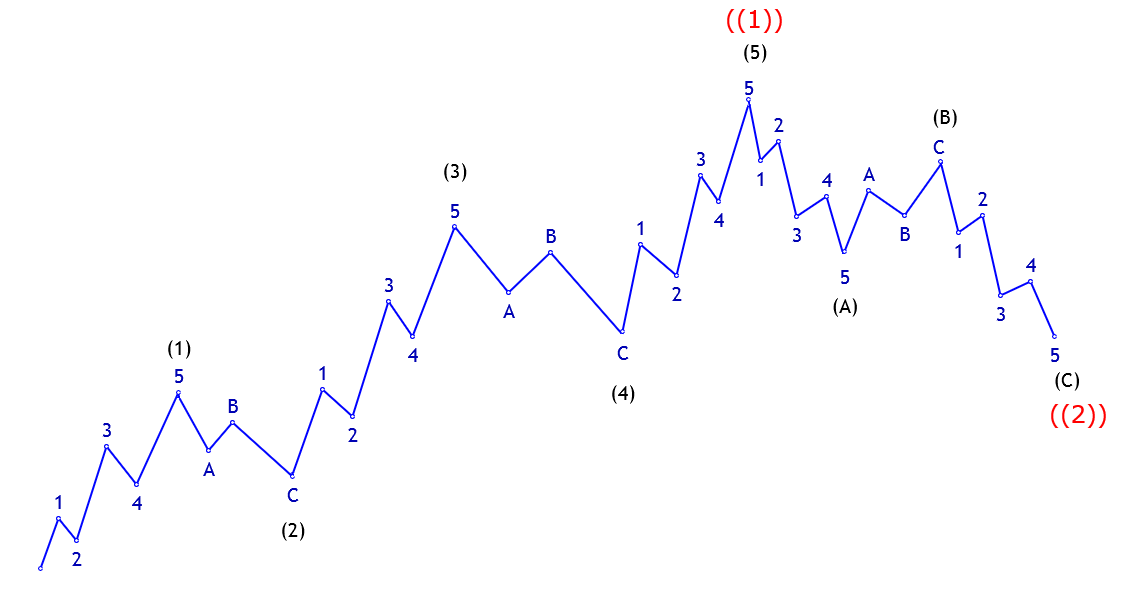 What We Have Studied So Far

Until now, our study of wave analysis has included the following aspects:

The process of analyzing and identifying waves will be an integration of all these concepts, which will allow the wave analyst to make a high probability forecast for the next market movement.

R.N. Elliott defined a set of degrees that do not obey a specific timeframe, for example, hourly chart, or 2-day temporality. But allow the wave analyst to evaluate a structural sequence that maintains a proportionality in terms of price and similar time.

Also, the use of the degrees allows us to identify, and in turn, to predict what will be the next movement that should act for the price in a given time horizon.

The following table shows the different degrees described by Elliott and the contributions incorporated by Prechter & Frost in his work “Elliott Wave Principle.” 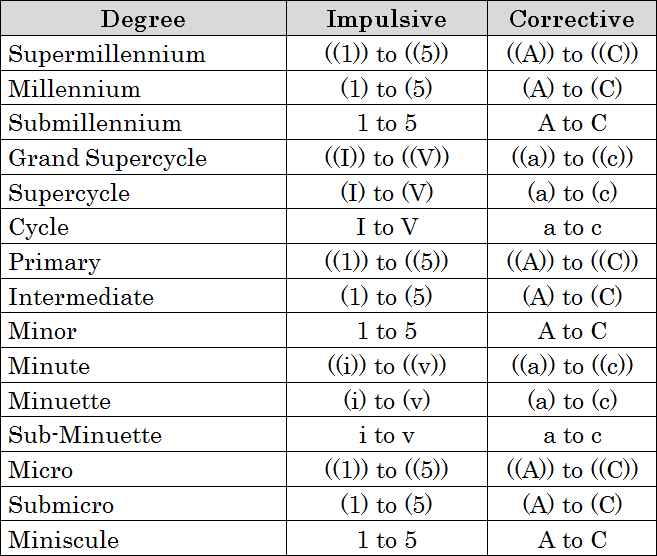 In general, our analyses will start from the Subminuette degree.

In this first section, we have seen the basis of the Wave Principle developed by R.N. Elliott. Likewise, we review the structure that makes up a complete cycle and concludes with the description of the different degrees that Elliott defined to maintain a systematic order in the process of analysis.

In the next educational article, we will review the different regression rules that will allow us to systematize the counting process in the first wave count.