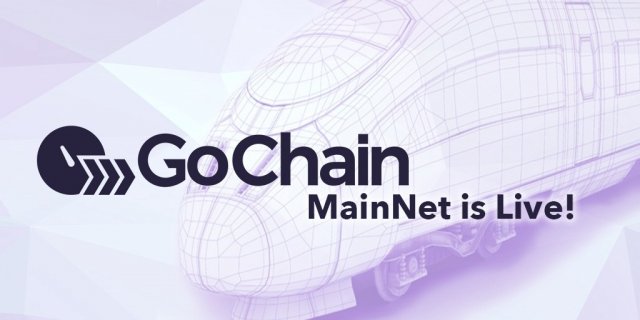 Blockchain has so much potential to transform not just how we do business but society itself. Its qualities of decentralization, immutability, and distributedness make for transparent, trustless, and fraud-free interactions.

And while this potential is huge, blockchain is currently hindered by issues like low scalability, lack of true decentralization, and excessive consumption of power.

GoChain is a decentralized platform that wants to bring blockchain closer to businesses while solving the issues encumbering it. The platform is designed for its apps to be immediately integrable with Ethereum.

Before we delve deeper into Gochain, let’s see why the current blockchain setup is problematic.

The Issues With Existing Blockchains

As in proof of work (PoW consensus, the process of approving and verifying transactions gobbles up massive amounts of energy. The computational work that goes into the process is meant to protect the network against bad actors, but it comes at a cost. For instance, Bitcoin today uses the equivalent of the power that would run 3.5 million US households. This is just unsustainable in the long run.

GoChain is a decentralized, peer-to-peer network that uses Proof-of-Reputation consensus mechanism to power smart contracts and DApps. The network is 100% compatible with Ethereum wallets, and it had the mission of being “10x more decentralized, 100x faster and 1000x greener than Ethereum.” By greener, GoChain means utilizing a consensus model that does not consume as much power as PoW.

Here are some of the main features of GoChain:

Just like on Ethereum, GoChain users need to pay ‘gas’ to conduct transactions on the network. Authorized signers are in charge of creating, signing, and distributing blocks to nodes, for which they earn GO tokens in return. Reward tokens were 4.4% of the total supply, and they will decrease over time.

GoChain will use a two-phase voting process. Initially, GoChain will have the first 50 signers enforcing decentralization and protecting the network against any outside interference. These signers will be picked from varying industries and jurisdictions. This is in line with the PoR consensus mechanism, in which a signer must already possess a reputation that’s too valuable to jeopardize/lose. When these signers are established, the network will hand complete control to them in a true self-governing version.

GoChain will choose signers based on these credentials:

GoChain uses a Proof of Reputation consensus mechanism to keep the network secure. A participant must already have a reputation that’s too prized to risk with any dishonest behavior. It’s why the PoR mechanism chooses larger companies – which have more to lose, over small companies.

Once a company submits its reputation credentials, they may be voted in as an authoritative node, after which they can approve and verify blocks. GoChain is based on Ethereum’s network because the team believes that it’s “much more than just a store of value.” As well, Ethereum apps such as wallets and tools will be interoperable with GoChain.

GoChain relies on reputation because it’s one of the most crucial aspects of a business. For a company, acting unethically could bring consequences such as fines, a customers’ walkout, PR disaster, and so on. Trust is a key part of any business, and once that trust is lost, it can take years to repair.

Hence, GoChain utilizes this model to keep companies in check and keep the network secure. PoR works for more risk-averse companies and wouldn’t be inclined to a PoW or Proof of Stake (PoS) consensus model. In PoR, everyone knows who the other is, and they know who they’re trusting with their data.

GO is the native token of the GoChain ecosystem. The token’s distribution was done this way:

Where to Buy and Store GO

You can find GO listed on several popular exchanges, including Binance, VCC Exchange, KuCoin, Bilaxy, Bittrex, CoinDCX, DragonEx, Beaxy, and Coinall. BTC, USDT, and ETH are some of the currencies it’s listed against.

GoChain is a solution for the persistent issues in blockchain, and its ready-to-go approach makes it an immediate DApp and smart contracts solution for users across the globe. GoChain promises a faster, more scalable, and more decentralized blockchain. The only caveat is, it’s not the first or the last project to offer that promise. Will it stand the test of time in the competitive crypto space? Only time will tell.