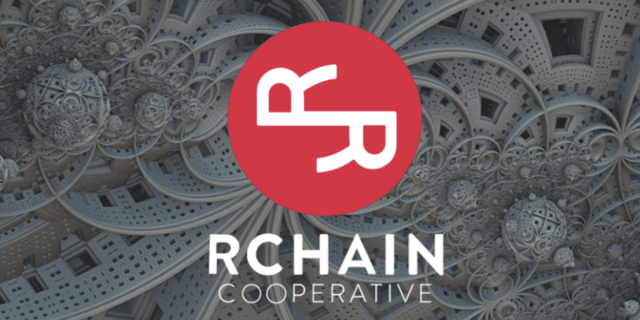 We always hear how blockchain is poised to change the world. But in reality, the technology hasn’t really penetrated the real world in any significant way. The reason for this is flaws within the original blockchain setup, such as low scalability.

RCHAIN is a project that wants to bring blockchain to real-life utilization. The RCHAIN team has big dreams, such as solving the unprecedented problems of our time. But how does it intend to do this? We’ll examine that in this article.

Launched in 2016, RCHAIN is a blockchain-based effort that wants to solve the problems of lack of scalability, low speeds, and safety in the current blockchain. The RCHAIN team believes that these and other shortcomings hinder the mainstream success of blockchain and that the blockchain concept needs to be rethought.

For that end, the RCHAIN team has imagined a better design for blockchain:

RCHAIN can support the processing of up to tens of thousands of transactions per second (TPS). The initial goal was 40,000 transactions, and the ultimate goal is 100,000 TPS.

The RCHAN team will avail developer tools unparalleled by any current offerings in the space. Developers of all backgrounds and coding languages will easily acclimatize to the platform.

RCHAIN Cooperative is a public entity comprising RCHAIN developers, investors, and users. Through the outfit, members can access and interact with the open-source blockchain. The RCHAIN Cooperative offers a climate of community, giving members the ability to contribute to the platform’s future.

Aided by these functionalities, the RCHAIN team wants to achieve the following goals:

The RCHAIN network was built with scalability in mind. It can support multiple blockchains at once, secured through a Proof of Stake consensus mechanism. RCHAIN provides support for both public and private blockchains. With that, let’s see some of the core features of the platform:

The RCHAIN platform uses its proprietary smart contract language – Rholang, which is short for reflective higher-order language. Rholang supports internal concurrent programming and allows contracts to be fast and versatile.

RCHAIN’s smart contracts have to go through a verification process to make them highly scalable before being compiled and executed by the Rho Virtual Machine.

RCHAIN is different from other blockchains that use public keys to distinguish virtual identities. RCHAIN achieves this by dividing its virtual address space into namespaces. In very general terms, a namespace is a set of named channels that can report a particular network resource location.

Namespaces enable smart contracts on one blockchain to be visible by system contracts on other network parts. Namespaces also allow developers to come up with various security tools and protocols for the network.

The RCHAIN Cooperative is a development and governance platform for the community. Members of the entity are fully responsible for the open-source platform, and they can offer and implement suggestions and updates for the platform.

Anyone can join the Cooperative after paying a one-time membership fee of $20. This fair amount was chosen so that people of all financial backgrounds can join it and that in the spirit of decentralization, there’s not a barrier for joining.

Joining the Cooperative gives you the following benefits:

The Cooperative has a Board of Directors, where different board seats have different term lengths of one, two, and three years.

RCHAIN can support countless applications of many types, including but not limited to, the following:

The RCHAIN team is composed of a team of diverse backgrounds. The core team members are:

Founder Greg Meredith, who is also co-founder, board member, and president of the Cooperative. Meredith has thirty-plus years of experience with thought-leading tech projects. He was also the leading architect behind key projects for Microsoft and AT&T.

Eykhholt is a co-founder and board member of the Cooperative, having under his belt more than thirty years of experience in the tech industry. He has been the principal architect of multiple tech projects in various companies, including Microsoft and Alston Grid. Eykhholt is also the founder of LivelyGig.

Board member and CEO of the Cooperative Kenny Rowe has years of experience in blockchain governance community building. Rowe is also the head of operations at MakerDAO and is a senior consultant of Coin Fund.

Secretary and General Council Evan Jensen has experience in crypto-related law. Jensen holds a J.D. and Master’s in law from Seattle University.

CFO Lisa Rice has twenty-plus years of experience in finance, from planning to accounting to corporate treasury.

RHOC tokens were ERC20 tokens before the mainnet launch. After RCHAIN moved to its own mainnet, RCHAIN token holders had to convert them into REV at a rate of 1:1.

REV tokens play several roles in the ecosystem, including:

REV tokens can be bought at MXC, Uniswap, CryptalDash, HotBit, and many more exchanges.

RCHAIN wants to not only improve blockchain but also bring it to solve real-life issues. The project’s team seems to know their stuff, and they seem to have quite forward-looking features and ideas. If the project keeps innovating and succeeds, it will be good for the blockchain space and society.