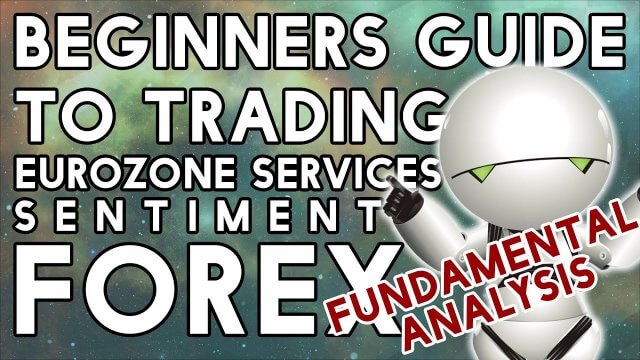 Welcome to the fundamental analysis for novices educational video.  In this session, we will be looking at the eurozone services sentiment indicator. 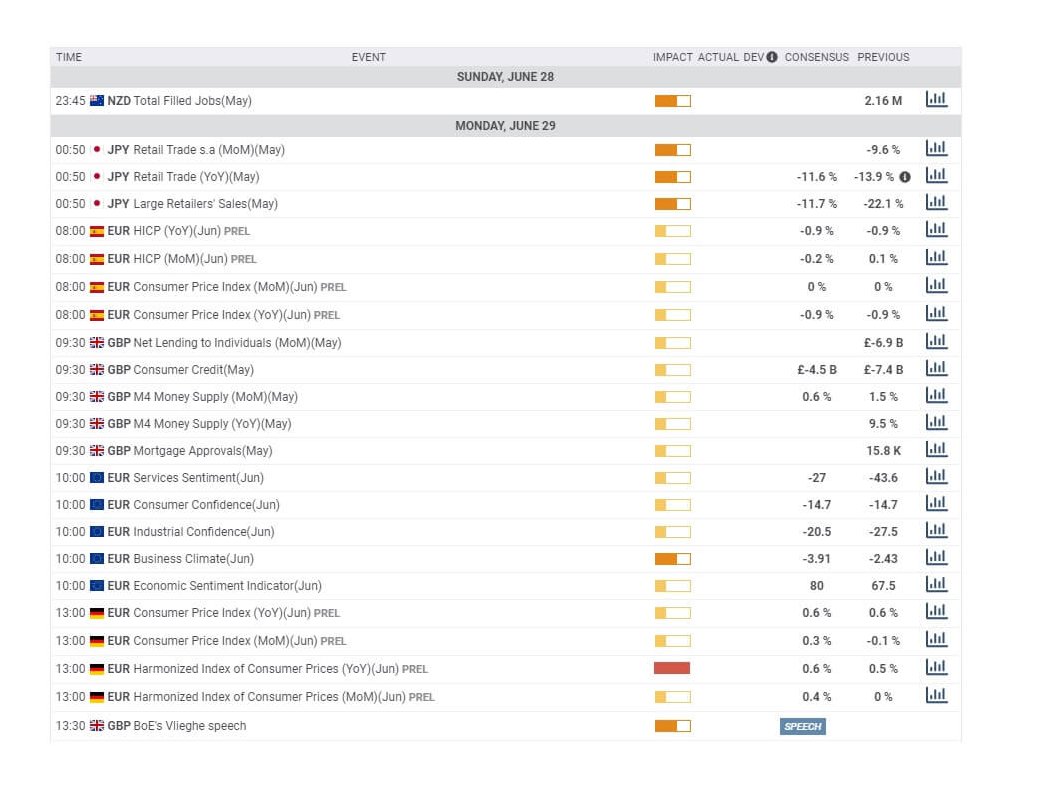 It doesn’t matter if you are an occasional trader,  a day trader,  or an institutional size trader,  one aspect of trading which is an absolute must is to regularly refer to an economic indicator such as this one,  in order to plan your trades around the release of countries’ economic data releases.

Many Traders only trade on economic data releases, as soon as the data is released, they will have orders already placed into the market or execute instant trades depending on the statistical data releases as they come out into the market.  This is called trading on fundamental news flow.  It can cause extreme volatility in the market.  This is just one of the reasons why you need to be informed as to when countries release their economic data statistics into the market, and where these are usually released at set times and subject to an embargo. 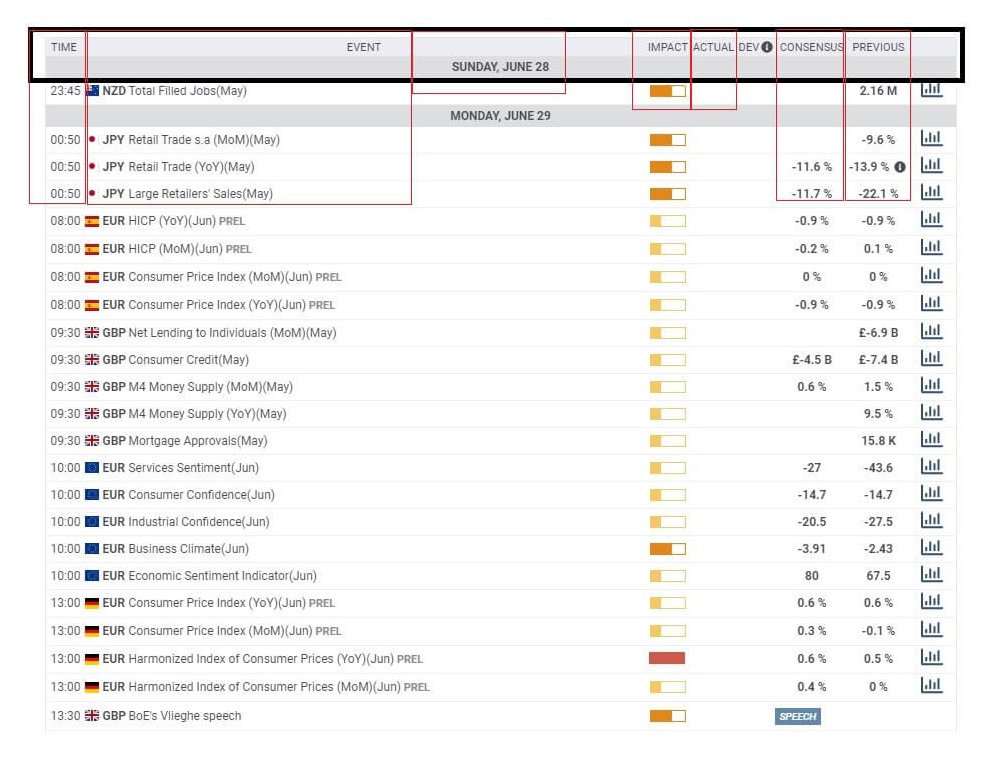 Most brokers will provide their traders with an economic calendar,  and the critical components are the time of the release, which may not necessarily be in the local time, the type of event, showing the country and the data to be released, including which aspect of the economy it refers to, the date and date. The impact that it will likely have upon its release, which will typically be in three levels – low – medium and high risk. Where high risk is more likely to cause volatility in the market.  A general consensus amongst economists and analysts with regard to what they expect the level to be, and the previous data release.
The economic data release is typically updated weekly, monthly, quarterly, and annually. 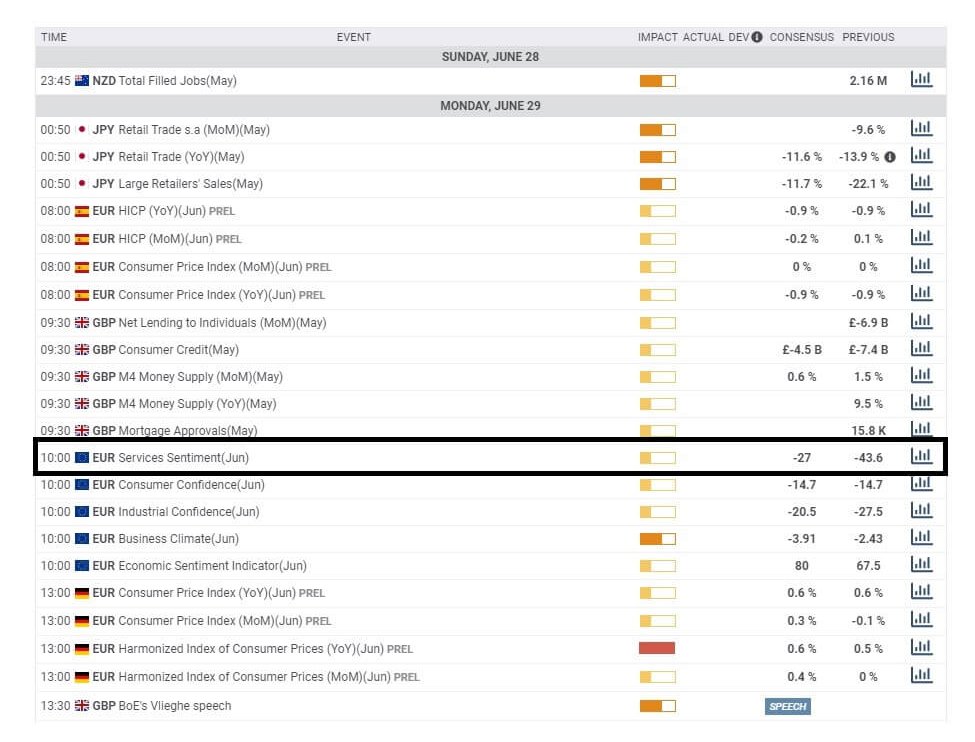 Here we can see that our area of interest today is the eurozone services sentiment for June, which is set to be released at 10 am British Summer Time on Monday the 29th of June.  The impact level is set to low, the consensus value is  – 27,  and the actual figure for the previous month of May was – 43.6.

So, what is the eurozone services sentiment indicator? The indicator is calculated on a monthly basis by the European Commission and is seasonally adjusted.
The services sector comprises firms only in-service industries such as: transportation, information, trading and securities, investment, insurance, mortgages, waste management, private healthcare and social assistance, arts, entertainment, etc.

A sample of 18000 companies across the eurozone are surveyed about business conditions for the last three months, and where they are asked three questions:

If business conditions have improved, worsened, or remained the same over the last three months,

If the demand for their services has increased, decreased, or stayed the same over the last three months.

And they are also asked a question about the expected demand for their services in the next three months, and whether they think it is expected to grow, fall or stay at the same level.

Let’s just go back to the economic calendar for June, and although the impact of value is set too low, we can see that the previous figure for May was – 43.6, which is incredible, and was obviously this low because of the coronavirus impact.  The consensus value is -27, which is a much greater improvement on the previous month’s figure, and where economists and analysts are predicting a general improvement in this indicator.  Huge deviations from the consensus, especially if the released data is worse than the previous month’s figure, will, in actual fact, cause extreme market volatility.

The reason the indicator is is so important is because it tells the market if conditions are improving in the Eurozone area in which case should the figure come out at -27 as per economists’ expectations or even better this would be considered good news for the eurozone and we might expect the euro to gain in exchange rate values against its counterparts.

Should the figure be worse than -27,  this would show that in actual fact conditions in the service sector across the eurozone are not improving and the businesses in this sector have a pessimistic outlook for the next quarter, and this might have a negative impact on the Euro currency which might then fall in exchange rates against its counterparts.

Bear in mind, that if businesses have an optimistic view, they will be employing more people, perhaps borrowing more money to expand their businesses, it also means that the general population is using more services because they have a more optimistic view of the circumstances in the eurozone area as things improve from the virus conditions.  And so there is a huge knock-on effect with regard to jobs, extra demand for services, and a generalized getting back to normal.

The opposite applies should the respondents have a completely negative out view for the next quarter.