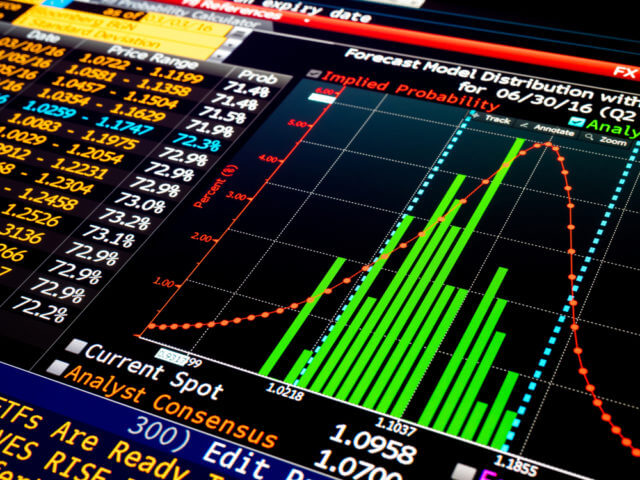 The GBP/USD currency pair consolidating in the narrow range near the 1.29 and could continue to trading in the tight range due to the Brexit Uncertainty.

Moreover, PM Boris Johnson Spokesman has stated that the election will be compulsory if the European Union approved a request for a 3-month delay.

However, there are very fewer chances that the European Union will decide before Friday. So, traders will be cautious until any fresh news does not come.

The GBP/USD currency pair may beat the recent highs around the 1.30 in the American trading hours if the United States Goods order data release below expects figures, by the way, the data is scheduled to release at 12:30 GMT, rising the dovish Federal Reserve expectations.

It should also be remarked that the United States Central Bank is expected to deliver a rate cut by the 25-basis-points at its coming meeting.

The GBP/USD has broken the bullish channel, which was carrying the pair near 1.2945. The formation fo a bearish engulfing candle is suggesting chances of a bearish reversal in the GBP/USD pair.

On the lower side, the Sterling may find support at 1.2785 level, which also marks a double bottom on the 4-hour chart. Besides, the resistance stays at 1.2945 level. Consider staying bearish below 1.2920 today.

During the early Asian session, the EUR/USD currency pair trying to cross the 100-hour Moving Average level at 1.1140, mainly due to the European Central Bank (ECB) rate decision, which will be the last decision by the Mario Draghi as president.

The central bank rate cut by ten-basis points to -0.5% during September and announced a new step of the asset purchase program.

Europan Central Bank hasn’t many reasons to change its position at today’s meeting because the recent macro data report has been positive. Moreover, the European Central Bank members were divided due to the need to reviving bond purchases.

However, the bearish trend seems limited because the September month stimulus has been priced in. Besides this, it appears that markets are more interested in knowing hints by the incoming President Christine Lagarde in 2019 and 2020.

An unexpectedly weaker US data will support the dovish Federal Reserve expectations, and probably this greenback will drop across the board. Notably, the markets remain expecting the Federal Reserve will deliver the rate cut by the 25-basis-points on October 30.

The USD/JPY currency pair flashing red and declines to 108.60, due to downbeat Brexit news increased the risk-on sentiment. The USD/JPY currency pair recently got support from the upbeat headlines regarding the United States and China trade agreement and Brexit, not to ignore the greenback weakness due to soft data. Although the increases could not long term due to the current threats from the United Kingdom. As of consequence, the recovery in the United States ten-year US treasury yields could not take much longer, whereas Wall street also ended with minor increases.

Brexit headlines and SIno-US trade headline keeps the markets cautious, as fears of hard Brexit and a potential trade deal between the United States and China.

Europan Central Bank hasn’t many reasons to change its position at today’s meeting because the recent macro data report has been positive. Moreover, today’s last meeting of President Draghi’s should be directed on the Governing Council’s views on the economic and geopolitical outlook, especially should talk about Germany’s slowdown as well as on the loud criticism by some Europan Central Bank member of restarting asset purchases.

The ECB’s policy meeting will be under the eyes overnight, but the market doesn’t anticipate much action after last month’s rate cut package.

On the other hand, the US Durable Orders, Purchasing Managers Index, and New Home Sales will also keep under focus.

The USD/JPY gained support above 108.280, the triple bottom level, which triggered a bullish reversal in the USD/JPY. At the moment, the bullish trend seems pretty strong, but the USD/JPY may find an immediate resistance at 108.900 area first.

The MACD and Stochastics have diverted their direction to the bullish side, signaling chances of further buying in the pair. Today, the violation fo 108.270 can help us capture a quick sell position until 107.950. Whereas, buying can be seen until 108.900 level.