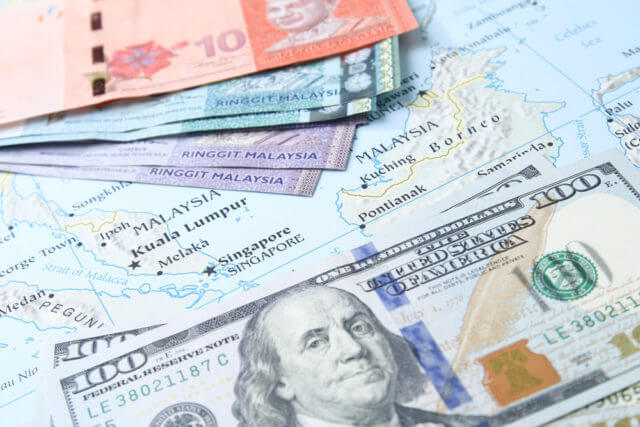 During the Asian session, the economic event well-occupied as it included October Service sector PMI figures coming out from China and Retail Sales Monitor figures from the United Kingdom.

On the flip side, the Reserve Bank of Australia also released its November interest rate verdict and rate statement. The RBA decided to keep the policy unchanged today.

On the geopolitical uncertainty aspect, chatter on trade contributed backing for riskier investments in the first section of the day. The focus today stays on the series of economic events from the U.S. and New Zealand.

The GBP/USD currency pair still flashing red for the 3rd consecutive day and dropped to 1.2880 on the day. Apart from trade positive headlines, recent uncertainty is taking place, surrounding the United Kingdom Prime Minister Boris Johnson’s victory in the snap election, which is scheduled to happen in December.

A Labour-party member as the speaker of House of Commons and questions on the Prime Ministers’ performance in the report of Russia interference in British politics looks to hint additional difficulty for the United Kingdom citizen.

However, the British traders will keep their eyes on October month figures of services Purchasing Managers Index from the United Kingdom, ISM Non-Manufacturing PMI, second-tier jobs data, and trade balance will enhance the economic calendar of United States.

The USD/JPY currency pair flashing green and representing 0.17% gains on the day mainly due to positive news came regarding trade. Notably, the pair is currently hit the session highs above 108.77. Whereas the recovery in the pair came from Friday’s lows of 107.89 is bright.

Japanese traders enjoy the heightening chances of the Successful trade deal between the United States and China after a holiday. As of writing, the USD/JPY currency pair takes buying to 108.75.

Besides, it’s not only the trade war-related positive comments from the United States and Chinese officials, but the United States administration plan to remove some tariff on Chinese goods looks to support the existing risk-on sentiment.

As a result, the United States’ ten-year Treasury yields continue the previous run-up to 1.8%, whereas Japan’s NIKKEI climbed 1.5% high at the start of Tuesday trading.

There is another reason behind the pair’s bullish trend, and that’s the support of greenback from the market. It came after the Fridays more than expected Nonfarm Payrolls that ward off Mondays’ adverse Factory Orders. Moreover, the U.S. dollar strong buying could be the new comments from the San Francisco Feds Mary C Daly, who declined the scope of the recession.

The USD/JPY continues to trade bearish with the selling bias due to weakness in the U.S. dollar. The USD/JPY pair broke the bullish channel, which was holding the USD/JPY at 108.800 zones.

Three Black Crows candlestick patterns are suggesting chances of additional selling in the USD/JPY until 107.450 today. On the upper side, resistance is likely to stay at 108.350. Consider taking bearish trades under 108.350 today.

The EUR/USD currency pair found on the bearish outside day candlestick pattern even after the positive news came regarding the United States and China trade progress and seen the risk-on sentiment in the financial markets.

As of writing, the EUR/USD currency pair dropped from 1.1175 to 1.1125 during the Monday and consolidating between the highs and lows. Notably, the bearish outside day candlestick pattern is broadly considered as a sign of a coming bearish reversal.

If the EUR/USD currency pair closes below the level of 1.1125 in today’s trading hour so then the trend reversal would be confirmed. By the way, the currency pair is currently trading at 1.1124, having hit the low of 1.1113 a few minutes ago.

The market bought greenback during the Monday and will likely continue to buy more today, possibly due to the decrease of trade tensions that provides the Federal Reserve more opportunity to pause the rate cut series.

The EUR/USD has struck below the double top resistance point of 1.1175 and has lately closed series of neutral candles, which are suggesting chances of a bearish bias until the 1.1175 level gets violated. The pair still stays in the buying zone as the MACD, and RSI value is holding above 0 and 50, respectively. Consider staying bullish above 1.1153 to 1.1180 and 1.1220 today.