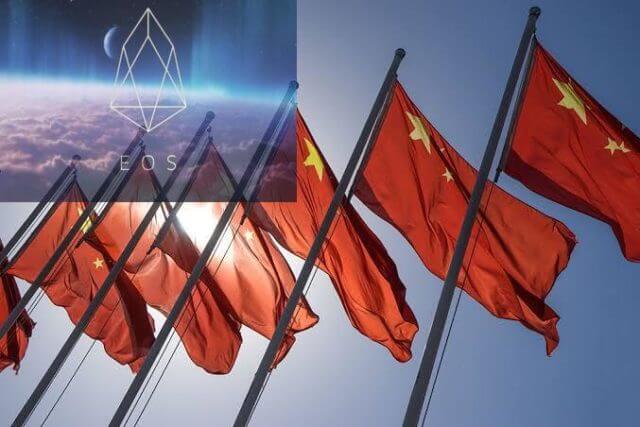 EOS has something of a celebrity status in cryptoverse. The cryptocurrency broke into the scene in 2018 after the largest Initial Coin Offering in history – a staggering $4.1 billion. It is also Ethereum’s biggest rival – also supporting smart contracts and decentralized applications. The currency is currently among the largest in the market, taking the number 7 spot with a $2.9 billion in market capitalization.

EOS is based on the EOS.IO network – a type of blockchain technology that its creators maintain is a decentralized system. Founded by the private Cayman Islands-based company block.one, EOS has managed to distinguish itself from other cryptos with unique aspects that have made it one to watch.

First, it is the only cryptocurrency that does not charge transaction fees, although many in the crypto space have wondered if there is more than meets the eye concerning this proposition. Secondly, it claims to circumnavigate the scalability issue faced by the blockchain space. Having a transaction per second (TPS) speed of almost 4000, this makes it a ripe candidate for industrial-scale decentralized applications. Moreover, its Delegated Proof-of-Stake model for verifying transactions is way faster, and not as power-hungry as most cryptocurrencies’ mining procedures.

EOS was always rigged with controversy before it even got off the ground. The system was breached by hackers who got away with millions of dollars of investor money. Soon after, it was the subject of a phishing attack, which led to customers losing coins.

Less than a week before the mainnet (main network) launch, a Chinese security firm discovered several vulnerabilities in the EOS system. These vulnerabilities allow hackers to access any EOS node, construct and publish malicious smart contracts, or steal the key to supernodes, manipulate transactions, or acquire sensitive user data, including private keys.

For a company that had denied the presence of loopholes, their next move was bewildering. EOS proceeded to announce a Block.one Bounty Program to enlist the help of developers in discovering bugs in the network in return for financial rewards.

Then came EOS’s biggest source of controversy: its 21 block producers – who elicited doubt about the independence of the platform. The crypto community argued that that was too much power in the hands of a few people for such a large platform. The furor intensified when minutes from the 21 delegates meeting showed that they even had the power to “print” new EOS currency. Social media erupted, with the eventual consensus that “this is hardly democratic, let alone decentralized.”

Indeed, EOS has been accused before of colluding and “mutual voting “with Chinese crypto exchange Huobi. In 2018, a leaked Huobi spreadsheet suggested that the network’s supernodes had been colluding with the exchange to maintain power and keep their profits.

What’s more, blockchain testing company Whiteblock has refuted that the EOS blockchain is truly censorship resistant or decentralized, submitting “the foundation of the EOS System is built on a flawed model that is not truly decentralized.”

China in the Fray

The speculation that EOS is bedfellows with or under the thumb of the Chinese government has been rife for a while. This speculation came to a head in June 2019 when a former member of the block.one and EOS team suggested that EOS was “now governed by a Chinese oligarchy.” This happened during the high-profile Tulip Conference.

And in September 2019, one of the companies that have partnered with EOS since the beginning called it quits. EOS tribe announced, via a blog post on Steemit, that it was stepping away from EOS as a block producer, citing an inability to earn funds for maintaining the blockchain without the support of big token holders.

Eugene Luzgin of EOS Tribe said in the post: “We At EOS Tribe have never participated in the game of vote-trading and stayed true to our principles, and hence while we leave EOS as Block Producer, we are also free to speak truth and give warnings to the rest.” He added there was “…a vote buying and vote exchange practice” that “went mainstream and wide-spread among BPs” and that one of the “whales” – Bitfinex, had unvoted Western BPs. (For the uninitiated, a whale is an investor holding large amounts of a cryptocoin).

Interesting to note is that a majority of the whales in the EOS network overwhelmingly support BPs located in China. In the EOS Decentralized Proof-of-stake, the 21 nodes exercise all the power over the blockchain. The nodes are chosen by coin holders, who stake EOS coins in a vote for up to 30 BPs. The top 21 BPs are then selected. This vote is dynamic, meaning BPs can lose or gain their top-21 position at any time.

Currently, a majority of the BPs indicate their location to be China. An investigation by Coindesk, the cryptocurrency news site, has established that more BPs are, in fact, located in China, despite outward impressions.

Another factor that has raised eyebrows and led to further speculation is China’s insistence on ranking EOS as the top cryptocurrency whilst ranking Bitcoin, the most valuable and well-known, outside of the top ten. This has led to many in the crypto crowd to characterize EOS as a “censorable blockchain” and “pseudo-decentralized.” As for how the Chinese government arrives at these rankings, that remains a mystery.

What Is The Truth?

He went on to argue that there is no way to check the location of BPs and that most people refute that any BPs are China-based due to fear of the government’s censorship. He renounced the vote-buying as a “lie” and stated vote exchange is standard practice with blockchains, and that there is a democratized access to rewards for both large and small token holders.

Still, according to Coindesk, most of the main BPs on the network did not reply to questions on the controversy surrounding the crypto.

Regarding accusations against the network not being truly decentralized, EOS’s chief technology officer Dan Larimer has since clarified that his firm is not looking to achieve that status. In an interview with YouTube vlog “Colin Talks Crypto” aired on October 3, 2018, Larimer had this to say: “Decentralization isn’t what we are after. What we are after is anti-censorship and robustness against being shut down.”

While the broader crypto community is not privy to the exact inner goings-on of EOS, one thing is clear: long-term supporters of the network are now ambivalent about it while others have abandoned ship outright. Many in the community had hoped the crypto would attract major companies seeking a secure, censorship-free, high-throughput database. That doesn’t seem to be in the cards, at least right now.

Perhaps we should finish by reflecting on this statement to Coindesk by Lugzin: “Any centralized blockchain will be looked down on. I really liked the technology behind it. It’s the governance that’s screwing it now.” Coming from a former EOS insider, that’s pretty telling.