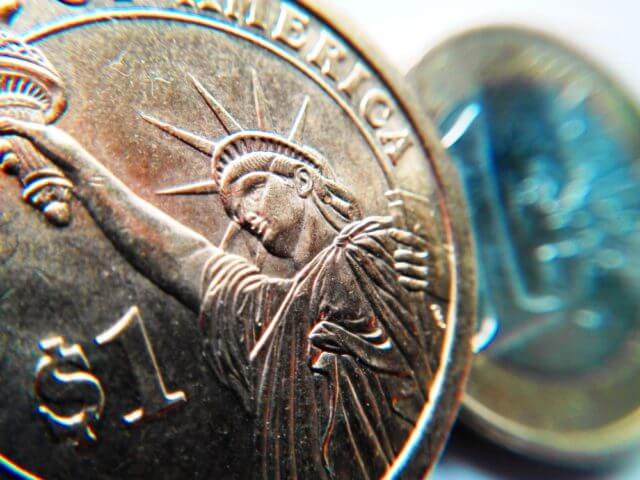 The U.S. dollar softened Wednesday, as the Fed expectedly lowered interest rates. The ICE Dollar Index was down 0.2% on the day to 97.45. The euro rose 0.4% to $1.1152. Official data showed that French GDP grew 1.3% on year in the third quarter (as expected and +1.4% in the second quarter). Later today, the eurozone third-quarter GDP will be reported (+1.1% on-year expected).

The GBP/USD currency pair flashing green and trading near the 1.2930 due to decreeing the uncertainty surrounding the British politics and Federal Reserve rate cut.

One of the main reasons behind the GBP/USD pair revery is Europen Unions 3-month Brexit extension, as well as increasing chances of the December snap election and public support to the United Kingdom Prime Minister Boris Johson looks to support the cable pair recently.

At the trade front, the uncertainty surrounding the United States and China trade deal, in the wake of no fixed meeting place, joins the U.S. Secretary of State Mike Pompeo’s said that China’s ruling Communist Party (CCP) took benefits from the U.S. goodwill. All traders look to ignore the recent support from the United States side to China.

Whereas, the Chinas Commerce Ministry shares more direction regarding trade discussion, which will happen through the telephone call between the official, and made sure that no change will be coming in the plan for talks.

It should be noted that the risk sentiment has been slow, and also the U.S. ten-year Treasury yields fell to 1.80%, whereas Asian stocks supported by the Feral Reserve rate cut.

Looking forward, the markets will ready for Friday’s employment headlines data from the United States, as well as all focus will keep on trade and Brexit headlines and 2nd-tier statistics on the economic calendar.

The GBP/USD is trading bullish in the wake of a weaker dollar. The pair faced triple bottom support at 1.2780 level, which triggered a bullish trend in the GBP/USD. On the upperside, the Cable may hit the first target at 1.2960, and the bullish breakout of this level can drive more buying until 1.3000 today.

The USD/JPY currency pair found on the multi-day low nearby 108.65 despite the Bank of Japan announces that no monetary policy change. The Bank of Japan faced the broad expectations of the market, whereas the holding short-term interest rate target at -0.10% with a 10-year Japanese Government Bond (JGB) yield target around zero. However, the Japanese central bank gave more transparency in its fresh direction through the 3rd-quarter Outlook Report.

As a result, the greenback and Treasury yields surged but then turned back during the Powell press conference. The United States’ two-year Treasury yields surged six-basis points to 1.67% before sliding back to 1.60%, -4 basis points for the day. Finally, the USD/JPY currency pair rose to 109.29 – as being a 3-month bullish before going back to 108.85, unchanged on the day.

On the other hand, the risk market has been slow overnight due to the uncertainty surrounding the United States and China trade deal. In the wake of no fixed meeting place, joins the U.S. Secretary of State Mike Pompeo’s said that China’s ruling Communist Party (CCP) took benefits from the U.S. goodwill. All traders look to ignore the recent support from the United States side to China. Traders want to decrease the uncertainty regarding Brexit.

Looking forward, the markets will ready for Friday’s employment headlines data from the United States, as well as all focus will keep on the Nonfarm Payrolls, while trade and Brexit headlines and 2nd-tier statistics on the economic calendar will continue under the trader’s eyes.

The USD/JPY is trading sharply bearish amid weakness in the U.S. dollar over interest rate cut decision. The USD/JPY pair violated the bullish channel, which was supporting the USD/JPY at 108.800 area.

Bearish engulfing candles are still suggesting chances of further selling in the USD/JPY until 108.450 today. On the upper side, resistance is likely to stay at 108.750. Consider taking selling trades below 108.750 today.

The EUR/USD Currency Pair hit the bullish track and surged sharply from the 20-day Moving Average at 1.1075, increasing more than 50-basis-points. The pair crossed the level 1.1130 and found on the six-day high at 1.1149. So, the EUR/USD currency pair currently stands on the bullish tone, mainly after the FOCM meeting.

After the Federal Open Market Committee meeting, the U.S. Dollar surged across the boards, sending the EUR/USD currency pair toward the 1.1070and 1.1080 range. As expected, the central bank rate cut the key interest rate but signaled a pause ahead.

During Powell’s speech, the U.S. Dollar lost the strength and then rose sharply, mainly due to when Chairman mentioned there would not be a rate hike until there is a significant move up in inflation. Whereas, Chairman’s comment pushed higher the equity princes in Wall Street and sent the greenback to fresh lows across the board.

As of now, the EUR/USD Currency Pair remains to increase into 4th-day during the Thursday, in the wake of Greenback weakness, mainly due to the latest United States Federal Reserve rate cut continues to keep the bearish sentiment around the U.S. dollar and Treasury yields.

As we all well aware that the Federal Reserve delivered a rate cut by the 25-basis-points during the last trading hours; however, they indicated a pause in the future easing. Moreover, the traders continue to worry because of the impact of the rate cut on the economy and about Uncetanitny between the United States and China trade progress.

The EUR/USD has reached under the double top resistance level of 1.1175 and has recently closed the Doji candle, which is suggesting chances of a bearish bias in the pair. The pair is oversold as the MACD, and RSI value stays in the bullish zone. Consider staying bearish below 1.1175 to target 1.1120 today.