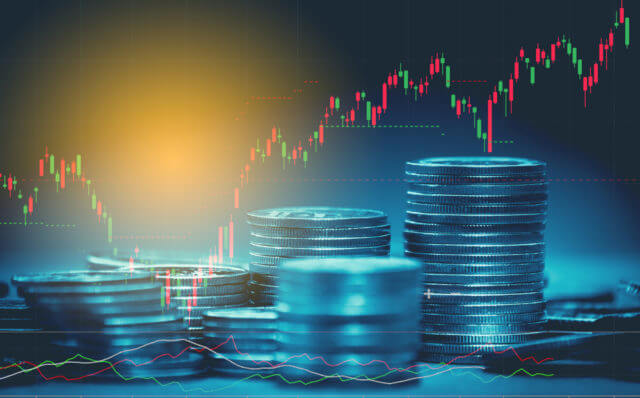 On Monday, the market sentiment remains risk-on as traders weight the U.S. – China partial trade settlement. Traders, the exports of China to the United States declined 10.7% in terms of the greenback. While the U.S. imports fell to 26.4% through that era, a Chinese customs spokesperson announced on Monday.

Trade disputes with the United States have begun to influence Chinese trade, although the latest Sino-U.S. trade discussions have produced positive outcomes in some fields.

The EUR/USD currency pair is still trading below the fifty-day moving average and having faced rejection at the critical level of 1.1060, even after the positive news came regarding Sino-US trade truce.

The United States President Donald Trump announced a partial trade deal; due to this, the greenback currency slipped lower, and the risky assets gained bullish momentum.

Moreover, Goldman Sachs announced there is a 60% possibility that the 15% tariffs will impose, but not sooner, probably in early 2020.

According to forecast, the EUR/USD currency pair could hit again to 50-day Moving Average if the Eurozone Industrial Production for August, which is scheduled to release at 09:00 GMT, beats estimates figures by a big range. The markets may get hints from the speech by the Europan Central Banks, which is scheduled to deliver at 07:15 GMT.

The EUR/USD currency pair consolidating in the narrow range of 1.1030 and below the 50-day Moving Average at 1.1044, because prominent investment banks reported concerns regarding the reliability of the new trade deal.

AUD/USD currency pair consolidates in the narrow range around 0.6780, mainly due to China’s mixed trade data. China’s trade figures in the Chinese Yuan (CNY) terms represented that Trade Surplus expanded to CNY 280 billion during September from 239.6 billion flashed in August. Additional details on the same format mention Exports declining -0.7% against +2.6% previous, whereas Imports are falling -6.2% against -2.6% earlier.

On the U.S. Dollar (USD) front, the headline Trade Balance figures increased by $39.65 billion against $33.30 billion estimates whereas Imports and Exports follow the suit of CNY figures. Imports plummet 8.5% YoY against -5.2% expected while Exports lag behind -3.0% market consensus to -3.2% on the year-on-year basis.

Therefore, the Australian dollar traders didn’t get a clear picture of the Chinese trade situation, whereas the overall sentiment remains bullish due to the United States and China trade truce.

China recently rejected the U.S. ambassador visa, which could hyper the Trump administration toward China during the 2nd phase of talks. Eventually, all investors will keep their eyes on the fresh clue from the trade deal between the United States and China as the first phase is cleared.

The AUDUSD is trading bearish after testing the double top level of 06800. Below this level, the AUDUSD has formed a tweezers top pattern, which suggests bearish bias among traders. This could trigger a bearish trend in the AUD/USD below 0.6800 level.

GBP/USD currency pair hit the bearish track and representing 0.37% losses on the day, mainly due to declining certainty for the Brexit deal. By the way, the pair is presently trading around 1.26, having hit a high of 1.2645 in Asian trading hours.

The GBP currency still on the selling track, due to the comment by Britain and the European Union on Sunday that much work will be required to secure a deal on Britain’s departure from the bloc.

Therefore, the risks of the GBP selling sentiment in the Europan session is high. However, if the news flow will turn positive, then the contrary view in the Sterling could be reversed. Kathy Lien from B.K. Asset Management observes that the Pound is rising to levels above 1.28 ahead of the Brexit deadline of October 31.

On the other hand, the eyes remain on the trade talks between the U.S. and China. Such as both sides completed the one stage of the bigger trade deal on Friday. However, Chinese media told that China would not be more confident about future negotiations.

Technically, the GBP/USD has disrupted the double top resistance mark of 1.2536, and this point can keep the Cable bullish over this point until 1.2760.

At the moment, the GBP/USD is trading above 38.2% Fibonacci level at 1.2592. Breakout of this market can trigger further retracement until 1.2525. Let’s keep an eye on 1.2585 today to capture quick trader opportunities.