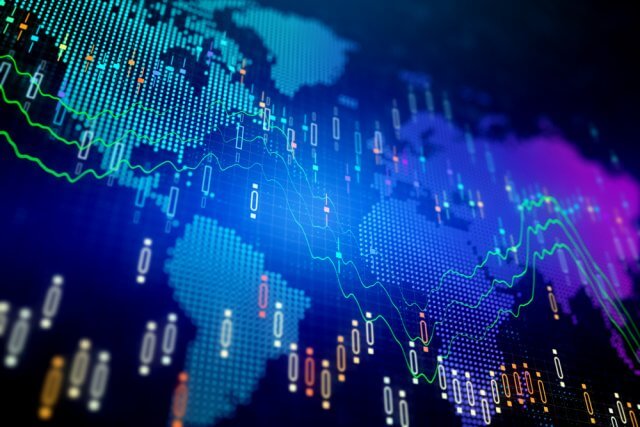 On the news front, the economic calendar is filled with a series of fundamentals from the U.K. and Canada, focusing on the U.S. Inflation data. The U.K. Inflation data is due during the European session, and economists expect a slight improvement in the U.K. CPI figures from 0.2% to 0.4%, while core CPI is likely to surge to 0.4% from 0.2%, and it may underpin the Cable pair today. On the other hand, the Canadian inflation report is also expected to perform slightly better today to support the Canadian dollar demand.

The EUR/USD pair was closed at 1.8221 after placing a high of 1.18406 and a low of 1.17598. Overall the movement of the EUR/USD pair remained bullish throughout the day. The EUR/USD rose for the 3rd consecutive day and extended its previous day’s gains to reach its highest since September 21. On Tuesday, the EUR/USD pair’s upward momentum was supported by a weaker U.S. dollar across the board.

The U.S. Dollar Index was down by 0.45% at 93.0, the lowest October level, however, the Dow Jones gains 0l68%, and the NASDAQ rose by 0.30%. On Tuesday, the greenback remained weak against all of its rivals as the investors look for the results in negotiations for a new round of fiscal stimulus in the U.S.

The EUR/USD pair rose more than 0.5% on Tuesday above the 1.18400 level for the first time in October as the market mood improved. EUR/USD pair followed the lockdown on Brexit talks, coronavirus spread in Europe, and France is reporting the record-high number of people hospitalized with Ireland introducing tough restrictions.

At 17:30 GMT, the Building Permits raised to 1.55M from the expected 1.52M and supported the U.S. dollar on the U.S. front. The Housing Starts from the U.S. declined to 1.42M against the forecasted 1.45M and weighed on the U.S. dollar that ultimately added strength to EUR/USD pair on Tuesday. Furthermore, the improved risk sentiment after the reviving hopes for additional U.S. fiscal stimulus and expectations of a COVID-19 vaccine by the end of this year boosted investors’ confidence. The risk-on flow smashed the greenback’s relative safe-haven status and was seen as a key factor driving the currency pair higher.

The U.S. House Speaker Nancy Pelosi said on Sunday that legislation on a wide-range of coronavirus relief packages could be pushed through before the election on November 3. Whereas, the investors remained unconvinced that a deal could be reached with Republicans before the self-imposed deadline by Pelosi.

Traders were also concerned about the rising number of coronavirus cases in Europe that could lead to fresh lockdown measures and dent global economic recovery. This, in turn, raised the U.S. dollar demand due to its safe-haven status and capped further upside momentum for EUR/USD pair.

Looking forward, the market participants will await the release of German PPI for September on Wednesday for finding fresh clues about the EUR/USD pair’s movements.

The EUR/USD is trading sharply bullish amid a weaker U.S. dollar at 1.1848 level, and continuation of a bullish trend has formed three white soldiers on the 4-hour timeframe. That bullish setup may drive an upward movement until the 1.1870 mark and 1.1900 level. The MACD and RSI support the buying trend, and on the higher side, the EUR/USD may face resistance at 1.1870. Conversely, the bearish correction can also be seen until the 1.1831 level and 1.1807 mark. Above 1.1807, we can expect a continuation of a buying trade today.

The GBP/USD pair was closed at 1.29466 after placing a high of 1.29794 and a low of 1.29107. Overall the movement of the GBP/USD pair remained bullish throughout the day. The GBP/USD pair followed its previous daily trend and rose for the second consecutive day on Tuesday; however, the gains remain limited as the frozen Brexit talks overshadowed the U.S. dollar’s weakness. The parts of Britain went into lockdown to curb virus infections also weighed on the rising GBP/USD pair on Tuesday.

The Brexit trade deal’s trade talks were paused after a phone call between negotiators from both sides failed to make a breakthrough. The U.K. negotiator David Frost said that his call with E.U. counterpart Michel Barnier was constructive but in-person talks could not resume. He said that fundamental change in the E.U.’s approach was required before face-to-face talks should continue. At the same time, Barnier said that the E.U.’s door was open following the phone call. The Frenchman who had proposed intensified talks in London this week said that both sides should make the most out of the little time left as both sides sought an agreement to govern their trading relationship[ after the U.K.’s transition period in the E.U. ends in January 2021. Both sides are calling on the other to compromise ahead of the looming December deadline for a deal. The disagreement persists on key issues like fisheries, level playing field, and governance.

On Tuesday, the U.K. Prime Minister Boris Johnson reportedly told the Greek prime minister that Brexit talks would remain paused until the E.U. changes its stance on the negotiations. He also reaffirmed that the E.U. had effectively ended the negotiations by stating that they did not want to change their negotiating positions, so the E.U. should change their position, and then the U.K. would be willing to talk on a new basis.

Without a trade deal, the U.K. will trade on the terms of the World Trade Organization with the E.U. that will hurt both economies, particularly when some parts of Britain were under lockdown to control the rising infection cases. The PM Boris Johnson also confirmed that Great Manchester would be going into the highest lockdown level – Tier 3- from Friday. It came in because the U.K.’s coronavirus cases raised by 21,330 daily, its highest daily rise since June 5.

All these Brexit tensions and rising coronavirus cases, and the renewed lockdowns kept the GBP/USD pair’s additional gains under pressure on Tuesday. Whereas, the internal market of PM Boris Johnson that seeks to undermine parts of the Brexit withdrawal agreement was voted down in Parliament, and this supported the GBP/USD pair’s bullish trend on Tuesday.

There was no macroeconomic release from Britain’s side on the data front, and from the U.S., the Housing Starts were declined to 1.42M against the expected 1.45M and weighed on the U.S. dollar that ultimately added strength to GBP/USD pair.

The GBP/USD surged sharply to trade at the 1.3006 mark, but soon it slipped again to trade at the 1.2939 level. The cable is currently gaining immediate support at the 1.2939 level, and a bearish breakout of the 1.2939 mark can lead to GBP/USD prices further lower towards the 1.2886 level. On the flip side, the resistance continues to hold around the 1.3006 level. The MACD and RSI show neutral bias as investors seem to wait for a solid reason to enter the market.

The USD/JPY pair was closed at 105.506 after placing a high of 105.745 and a low of 105.339. Overall the movement of the USD/JPY pair remained bullish throughout the day. The USD/JPY pair rose to its six-day highest level on Tuesday in the early trading session but started losing its intraday gains in the late session due to U.S. dollar weakness. The uncertainty surrounding the next round of the U.S. fiscal stimulus kept the U.S. dollar bulls defensive and the USD/JPY pair under pressure.

The main factor involved in the USD/JPY pair’s upward momentum in U.S. dollar weakness was the solid rebound in U.S. equity markets that undermined the safe-haven Japanese Yen. Furthermore, a strong pickup in the U.S. Treasury bond yields, though, failed to revive the U.S. dollar demand and remained supportive of the move.

The trade’s focus was on the developments over the U.S. stimulus measure as the self-imposed deadline by the U.S. House of Representatives Speaker Nancy Pelosi to reach a deal with Republicans was about to end. The hopes for the next round of stimulus measures were fading away as only two weeks are left for U.S. presidential elections, and it seems hard that both sides will reach a deal by then.

These faded hopes also supported the U.S. dollar and added further strength to the rising USD/JPY pair on Tuesday.

Meanwhile, on Tuesday, the U.S. Federal Reserve Vice Chair Randal Quarles said that the nonbank financial system was significantly more fragile than its traditional counterparts, and it has been confirmed by the market stresses created by the coronavirus pandemic. Furthermore, the Philadelphia Federal Reserve Bank President Patrick Harker said that Fed’s new framework should help address shortfalls in employment and help affected workers find new opportunities. He said that tolerating higher inflation will be worth it to help achieve employment goals. These comments from Fed officials also supported the USD/JPY pair’s bullish move on Tuesday.

The USD/JPY trades with a bearish bias around the 105.250 level, having violated the upward channel at the 105.450 level. Closing of candles below this level may lead the USD/JPY pair towards the 105 mark; however, it needs to violate the immediate support area of 105.285. Closing of candles below 105.285 may help us capture quick selling trades until the 105 level. The USD/JPY has recently closed a bearish engulfing candle, and it has also violated the upward channel; both of these are supporting further selling trend in the USD/JPY pair today.

21. Who Are The Forex Market Movers?