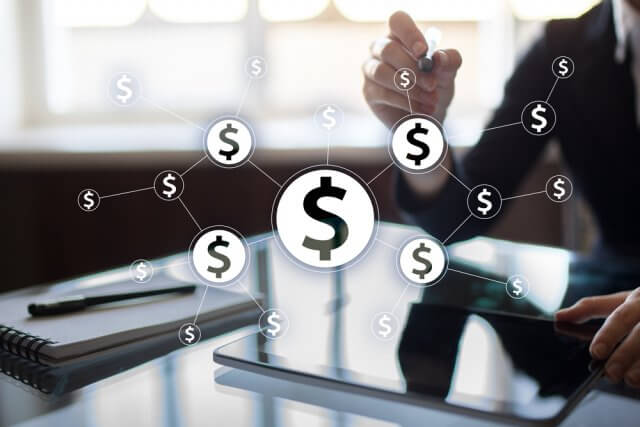 On the news front, the market is likely to exhibit slight movements as the U.S. and Canadian banks are closed in Columbus’s observance and thanksgiving holiday. Therefore, most of the focus should stay on the technical side of the market today.

The EUR/USD pair was closed at 1.18296 after placing a high of 1.18308 and a low of 1.17478. Overall the movement of the EUR/USD pair remained bullish throughout the day. The EUR/USD raised to its more than 2-weeks highest level on Friday on the back of lifted sentiment in the market after the renewed hopes for a U.S. stimulus package. EUR/USD pair rose on Friday despite the increasing tensions regarding the coronavirus pandemic.

The second wave of the COVID-19 pandemic in the Eurozone forced governments across the region to start implementing fresh restrictions mostly on leisure activities like bars, pubs, and restaurants. The Chief Economist of European Central Bank, Philip Lane, said that the next phase of coronavirus would be tougher for the European economy.

Lane said that the central bank would wait to see the government’s response to the coronavirus challenge as they publish their budgets for 2021; by saying so, he dampened expectations for fresh stimulus from the ECB by this month. The news that the ECB will not announce any stimulus measure by the end of this month despite rising coronavirus cases raised the risk sentiment and pushed EUR/USD pair on board.

On the other hand, Trump, who said earlier this week that talks between Republicans & Democrats will be halted until elections, said that he wanted a bigger stimulus package for Americans on Friday. The U-turn by Trump for the coronavirus stimulus package came in after polls suggested a victory of Joe Biden in upcoming elections due to his support for the big stimulus package.

The talks between Nancy Pelosi and Steven Mnuchin resumed on Friday after Trump gave the go-ahead stimulus package. These developments raised risk sentiment in the market as the hopes increased that a package will be delivered before the elections. This, in turn, weighed on the U.S. dollar, and that ultimately pushed the already rising EUR/USD pair on the upside towards more than 2—weeks highest level.

From the U.S. side, the Final Wholesale Inventories dropped to 0.4% from the forecasted 0.5% and supported the U.S. dollar that capped further gains in EUR/USD pair.

Wall Street’s main indexes remained in the positive territory for the third straight day on Friday after Trump gave the go-ahead for talks over the next round of the stimulus package. Earlier this week, Trump ordered to halt further talks with Democrats over the stimulus package till elections. But later, he decided sideways and said that he wanted a small stimulus package specifically for airline workers. And now, on Friday, Trump said that he wanted to give a big stimulus package to Americans before the elections. He proposed a $1.8 trillion package and approved further talks. The latest proposed package will include checks to individuals and an extension of the paycheck protection program.

The U.S. Treasury Secretary Steven Mnuchin and House Speaker Nancy Pelosi resumed talks on the revised package of 1.8 trillion dollars on Friday. This gave hopes that the package will be delivered before elections and supported the GBP/USD pair’s risk sentiment.

On the Brexit front, on Friday, an E.U. diplomat said that European Union chief Brexit negotiator, Michel Barnier wanted a few more concessions from Britain before entering the last intense phase of negotiations on a trade deal.

The two main negotiators from the E.U. side, Barnier and David Frost, said they were inching towards a deal. However, they also said that important gaps remained on fishing, level playing field, and governance issues.

As we already know, the PM Boris Johnson has given the 15th October deadline to reach a deal, and given this deadline, before reaching the final round of make-or-break negotiations, Barnier has asked for a few more concessions. It remains that Johnson will allow for a further concession or not; however, both sides have confirmed that they were prepared for a no-deal scenario if needed.

Furthermore, France has sharpened its tone on fishing rights and warned that an agreement on the fishing issue with the United Kingdom would be an integral part of the Brexit deal, and its proposals have fallen short. The French Minister of the Sea Annick Girardin said that the U.K. had made unacceptable proposals, and the nation’s fisherman has said in response that they would prefer no-deal over a bad one.

The Goods Trade Balance came in line with the expectations of -9.0B. The Index of Services for the quarter raised 7.1% from the forecasted 7.0% and supported British Pound. The Industrial Production for August decreased to 0.3% from the projected 2.6% and weighed on GBP. The Manufacturing Production for August also declined to 0.7% from the projected 3.2% and weighed on British Pound. Despite poor than expected macroeconomic data from Great Britain, the GBP/USD pair raised in the market to its one month’s highest level on the back of improved risk sentiment amid Brexit and U.S. stimulus package developments.

The GBP/USD is trading at 1.3043 level, holding right below an immediate resistance level of 1.3063. The resistance is extended by an upward channels’ trendline on the two-hourly timeframes. Below the 1.3063 resistance level, the Sterling can trigger selling until the 1.3003 level and 1.2959 level. On the higher side, a bullish breakout of 1.3063 levels can trigger buying until the 1.3127 level. The fundamental side is muted today, and the U.S. banks are closed in the observance of Columbus day; therefore, we may experience thin volatility

The USD/JPY pair was closed at 105.603 after placing a high of 106.039 and a low of 105.579. Overall the movement of the USD/JPY pair remained bearish throughout the day. On Friday, the USD/JPY pair dropped and reversed its direction as the U.S. President Donald Trump took a U-turn from his earlier statements related to the U.S. stimulus package. The market moved against the U.S. dollar and made it weak across the board after hopes for Joe Biden to win the election increased, and Trump approved stimulus talks.

The U-turn by U.S. President over the stimulus package gave a boost to risk sentiment as it increased the hopes that the package will be delivered before the elections. This weighed on the U.S. dollar, and the pair USD/JPY suffered on Friday. Furthermore, on Friday, Larry Kudlow said that Trump had approved the talks for a new proposed stimulus package worth $1.8 trillion. The talks for it have resumed on Friday between U.S. Treasury Secretary Steven Mnuchin and House Speaker Nancy Pelosi.

On the data front, at 04:30 GMT, the Average Cash Earnings for the year declined to -1.3% against the forecasted -1.2% and weighed on the Japanese Yen. The Household Spending for the year from Japan also dropped to -6.9% from the forecasted -6.6% and weighed on the Japanese Yen. Despite Japan’s negative macroeconomic data, the USD/JPY pair remained bearish throughout the day amid broad-based U.S. dollar weakness. From the U.S. side, the Final Wholesale Inventories for August were released at 19:00 GMT that dropped to 0.4%from the projected 0.5% and supported the U.S. dollar. However, traders ignored the U.S. data as the focus was shifted completely towards the U.S. stimulus developments.

On the other hand, the United Kingdom’s coronavirus situation worsened as one of the U.K.’s top scientists warned that the country was at a tipping point. He said that more deaths from the viruses would follow a rise in cases in the coming weeks. He added that country was facing a similar situation that it last seen in March. The rising number of coronavirus cases worldwide raised safe-haven appeal and supported the Japanese Yen and weighed on the USD/JPY pair.

The USD/JPY traded sharply bearish to drop from 105.900 level to 105.450 mark. Most of the selling triggered after the USD/JPY violated an upward channel at 105.900 level. Currently, the USD/JPY pair is trading at 105.459 level, the support level that’s extended by double bottom level. A bearish breakout of 105.450 level may drive further selling until the 105.070 support level as the MACD, and the 50 periods EMA are in support of selling bias today. Let’s consider opening sell trade below 105.40 level today. Good luck!