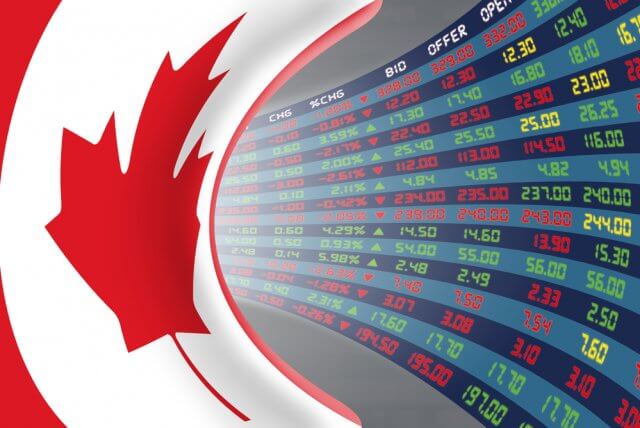 On the news front, the Bank of Canada Overnight Rate rate and Rate Statement will be in focus, and it may drive some price action in Canadian pairs. Elsewhere, we don’t have any major event that can drive sharp movements in the U.S. dollar related pairs. Let’s focus on technical levels.

The EUR/USD pair moved in upward momentum during the first half of Tuesday and recovered most of its previous daily losses on the back of broad-based U.S. dollar weakness. The U.S. Dollar Index was down to 92.8 level by 0.3% on Tuesday as the uncertainty over the next round of U.S. stimulus package and the upcoming U.S. Presidential election weighed on the greenback.

The risk-averse market sentiment emerged in the market due to an increased number of coronavirus cases worldwide, especially in the European nations. The United States reported more than 74,300 new coronavirus cases on Monday that pushed the country’s daily average over the past week above 71,000. Meanwhile, in Europe, France prepared for a fresh lockdown as new daily confirmed coronavirus cases hit the highest ever at above 52,000 on a single day.

Italy and the Netherlands also reported a new record high of cases over the weekend. Spain declared a national emergency and imposed a night-time curfew for six months. All these reports from across the globe weighed on risk sentiment and dragged the riskier asset like EUR/USD pair on the downside. Meanwhile, the risk sentiment was further affected by the latest news from one of the vaccine developers, Pfizer, that said that getting early results by October for coronavirus vaccine shots would be nearly impossible. These comments added further to the downside momentum of EUR.USD pair on Tuesday.

On the data front, at 13:00 GMT, the Spanish Unemployment Rate for September raised to 16.3% against the forecasted 16.0% and weighed on the single currency Euro that added further to the losses of EUR/USD pair. At 14:00 GMT, the M3 Money Supply for the year was advanced to 10.4% from the forecasted 9.6% and supported Euro currency. The Private Loans for the year from Eurozone remained flat at 3.1%.

However, at 19:00 GMT, the C.B. Consumer Confidence for October dropped to 100.9 from the projected 102.1 and weighed on the U.S. dollar that capped further losses in EUR/USD prices on Tuesday. Furthermore, the risk sentiment was deteriorated by the latest tensions between the U.S. & China over the potential sales of American made missiles to Taiwan. This raised the market’s safe-haven appeal and weighed on the riskier EUR/USD pair for the day.

The EUR/USD traded with a bearish bias, falling from the 1.1800 level to test the support area of the 1.1770 mark. Violation of the 1.1770 level can drive further selling until the 1.1733 support level, which is extended by an upward trendline. However, the MACD and RSI are supporting selling bias; therefore, the EUR/USD may exhibit a selling trend below an intraday pivot point level of 1.1824 level. Buying can be seen over the 1.1700 level today.

The U.S. dollar also failed to cheer the positive macroeconomic figures from the economic docket on Tuesday as investors’ focus shifted towards other developments. The Wall Street stocks were mixed during the day as the resurgence in COVID-19 cases was creating concerns among the market participants. The market’s risk sentiment was also affected by the latest dispute between the U.S. & China, along with the increased number of coronavirus cases and the slowdown of economies throughout the globe. The deteriorated risk sentiment weighed heavily on the risk perceived British Pound and GBP/USD pair gains remained limited for the day.

The British investors were more focused on the Brexit process’s optimism as the Chief EU negotiator Michel Barnier extended his stay in London for ongoing talks. This raised the hopes that both parties will soon reach a consensus over the Brexit-deal key points as the negotiations were extended. The silence around the talks matter was seen as a positive sign between the investors, and they started buying British Pound against the U.S. dollar.

Meanwhile, the PM Boris Johnson has also said that he was not waiting for the U.S. elections to deal with the E.U. He added that resolving the issues of state aid and fisheries was more critical at the time, and the markets started moving on the positive side for British Pound as U.K. was eager to strike a deal with the E.U.

However, at 19:00 GMT, the C.B. Consumer Confidence for October fell to 100.9 from the expected 102.1 and weighed on the U.S. dollar that pushed the GBP/USD pair further on the upside. As for the U.S. Presidential elections, the uncertainty surrounding the question that who will win the election kept the U.S. dollar weak across the board on Tuesday. Some polls were suggesting a blue wave while others were in favor of re-electing president Donald Trump. Along with the stalled talks for the next round of the U.S. stimulus package before November 3, these uncertainties weighed on the U.S. dollar and supported the GBP/USD pair’s gains on Tuesday.

The GBP/USD is trading sideways, holding within a symmetric triangle pattern extending neutral with a narrow trading range of 1.3071 – 1.3007 level. Violation of 1.3007 level can open additional room for selling until the 1.2965 area, which extends support due to an upward trendline on the 4-hour timeframe. The MACD and RSI are in support of selling bias today. Consider opening sell trades below the 1.3075 level today. On the other hand, the violation of 1.3071 can drive upward movement until the 1.3165 level today.

The USD/JPY pair was closed at 104.475 after placing a high of 104.888 and a low of 104.386. The USD/JPY pair moved in a bearish direction and posted big losses on Tuesday. The USD/JPY pair was down on Tuesday amid the broad-based U.S. dollar weakness along with the rising risk-averse market sentiment on the back of fresh tensions between the U.S. and China. The safe-haven appeal was also supported by the rising number of coronavirus cases and lockdowns that drove the stock market on the downside and weighed on the USD/JPY pair as well.

The U.S. Dollar Index that measures the value of the greenback against the basket of six currencies dropped by 0.3% to 92.8 level on Tuesday that weighed on the U.S. dollar and dragged the USD/JPY pair prices.

On the coronavirus front, the United States, Russia, France, Italy, Netherland, Spain, and many other nations across the globe set a new record for the number of daily coronavirus cases. The U.S. reported more than 74,300 new cases in a single day, France reported more than 52,000 daily cases over the weekend. The global record for the infections was recorded as 43.4 million on Tuesday by the Johns Hopkins University.

The rising number of coronavirus cases also urged governments to re-impose lockdown measures to curb the virus’s spread. These lockdowns in a situation where economies were still under recovery phase from the previous lockdown effects raised a high appeal for the safe-haven market sentiment in the market. The risk-averse sentiment supported the safe-haven Japanese Yen that ultimately weighed on the USD/JPY pair on Tuesday.

However, at 19:00 GMT, the C.B. Consumer Confidence for October was dropped to 100.9 from the anticipated 102.1 and weighed on the U.S. dollar that added further pressure on the USD/JPY pair. The U.S. dollar failed to cheer the positive macroeconomic data on Tuesday because of the stalled talks for the next round of the U.S. stimulus package. The stalemate between the White House and the House of Representative Speaker Nancy Pelosi over the U.S. stimulus aid package’s size led to delayed talks till November 3rd election results and weighed on the U.S. dollar.

Furthermore, the Biden victory bets were started to weigh on the U.S. dollar as the polls suggested a blue wave in the upcoming Presidential elections. The weak U.S. dollar on Tuesday caused the USD/JPY pair to move on the downside. Moreover, the U.S. and China tensions came on-board after a long pause on Tuesday when news suggested a potential $2.4 billion sale of U.S. anti-ship missiles to Taiwan. In response to this news, China slapped sanctions on U.S. companies over national security interests. These fresh tensions between the U.S. and China raised safe-haven appeal and supported the safe-haven Japanese Yen that ultimately added weight on the USD/JPY pair on Tuesday.

The USD/JPY continues to extend its bearish momentum as the pair trades at the 104.298 level. On the 4 hour timeframe, the USD/JPY has formed a downward channel that’s driving bearish movement in the market, and it may support the pair around 104.300 and 104.007 area. Conversely, the continuation of an upward movement is likely to drive the buying trend until the 104.778 level. The MACD and RSI are supporting selling bias today; therefore, we will be looking to enter a selling trade below 104.84 today. Good luck!