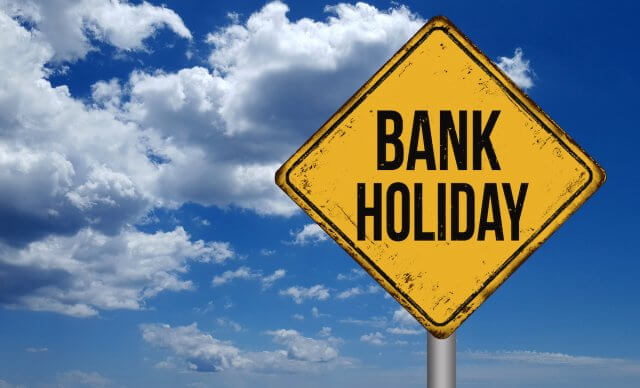 On the news front, the economic calendar is mostly empty on the back of the Bank holiday in Europe and the United States. French banks will be closed in observance of Armistice Day, while Canadian banks will be closed in observance of Remembrance Day. The U.S. banks will also remain closed amid the Veterans Day holiday in the bank. We may experience thin trading volume and volatility in the market.

The EUR/USD pair was closed at 1.18133 after placing a high of 1.19198 and a low of 1.17951. The EUR/USD pair rose to its highest since September 02 on Monday but failed to keep its gains and fell to post losses for the day as the U.S. dollar rallied in the American session as risk appetite took over. Pfizer and BioNtech announced that their coronavirus vaccine was more than 90% effective in preventing the coronavirus. The news about the vaccine optimism raised the risk sentiment further and pushed the pair to its highest in 9 weeks in earlier sessions on Monday.

Pfizer and BioNtech said they would seek the approval authorization for emergency-use from the U.S. later this month. The market’s optimism raised and supported the EUR/USD pair’s an upward movement in earlier trading hours.

A vaccine will likely mean the end of lockdowns and restrictions and hence, a sharp economic comeback. However, it will take up to the second half of next year for the vaccine or vaccines to reach enough people to grant a more regular return to activities. Nevertheless, optimism will prevail. However, the EUR/USD pair failed to keep its gains for the day and started declining on Monday on the back of Joe Biden’s victory in the U.S. presidential election. The political gridlock in the U.S. Senate could stall the prospect of any fresh package of U.S. fiscal stimulus package that failed to keep the U.S. dollar under pressure and weighed on the EUR/USD pair.

The European Central Bank (ECB) President Christine Lagarde refrained from touching upon monetary policy in her scheduled speech at the Green Horizon Summit on Monday. She only talked about climate risks and said that the economic challenges of climate transition were phenomenal. The main driver of the EUR/USD pair remained the strength of the U.S. dollar triggered by the faded hopes of additional stimulus measures as the vaccine news raised optimism about the economic recovery.

European banks will be closed in observance of Armistice Day; therefore, thin trading volume and volatility can be expected today.

On Wednesday, the EUR/USD is trading bullish at the 1.1833 level amid a stronger U.S. dollar. The pair may now head higher until an immediate resistance level of 1.1883. On the 4 hour timeframe, the EUR/USD has formed an upward channel supporting the pair at the 1.18016 level. On the higher side, a bullish crossover of 1.1883 level can extend the buying trend until the 1.1945 area. The MACD entered the oversold zone and now suggesting odds of bullish trend continuation; therefore, we should look for a buying trade over the 1.1801 level.

The GBP/USD pair was closed at 1.31634 after a high of 1.32081 and a low of 1.31183. Despite higher market sentiment and weaker safe-haven demand on Monday, the British Pound to U.S. dollar exchange rate has been under pressure. The Sterling remained weak despite the increased market sentiment from the news of coronavirus vaccine efficiency. Pfizer and the BioNtech announced that their vaccine had been proved more than 90% efficient in preventing the coronavirus on Monday. Both companies also said they would be taking approval from the U.S. for the vaccine’s emergency-use later this month. After this news, risk appetite increased in the market, and global equities raised; however, the risk perceived GBP/USD pair remained under pressure as British Pound was weak due to Biden victory in the U.S. elections.

Joe Biden’s victory decreased the hopes for the U.K. & U.S. post-Brexit trade deal as Joe Biden has already said that if U.K. fails to reach a deal with the E.U., then the US-UK deal will also be jeopardized. As there was no news regarding the progress made in the U.K. & E.U. talks, the British Pound came under fresh pressure after Joe Biden became the U.S.

The governor of the Bank of England, Andrew Bailey, explained that what the BoE was doing to ensure the financial system plays its part in tackling climate change. He warned that climate change was a bigger risk than coronavirus. Furthermore, the chief economist from the Bank of England, Andy Haldane, said that a breakthrough in developing a coronavirus vaccine could deliver a vital boost of confidence to consumers and businesses. He added that the economy might have reached a decisive moment after the pharmaceutical company Pfizer announced that its coronavirus vaccine candidate was 90% effective.

He also said that the vaccine could be a game-changer for the economy. He cautioned that it would take several months for the vaccine to be rolled out but would have an immediate effect on consumer and business confidence. He added that the economic cycle would start again as it would unlock the business investments, and the economy will start recovering. The GBP/USD pair remained a little bullish due to high pressure on British Pound on Tuesday.

The GBP/USD is trading with a strong bullish bias due to a stronger Sterling 1.3191 area. The pair has violated the intraday resistance level at 1.3159, which is now working as a support for Sterling. On the higher side, the continuation of an upward trend can lead to the GBP/USD pair until the 1.3226 area. The cable had violated the descending triangle pattern, and ever since, it’s trading with a bullish bias.

The USD/JPY pair was closed at 105.388 after placing a high of 105.645 and a low of 103.187. The USD/JPY pair surged past the 105.6 level on Monday after the risk-on market sentiment raised and weighed on the Japanese Yen. The safe-haven Japanese Yen came under fresh pressure after the Pfizer and its German partner BioNtech announced that their vaccine candidate was proved more than 90% efficient in its last-stage trials. Both companies announced that they would seek U.S. approval for the emergency-use of vaccine later this month.

The pair USD/JPY witnessed a sharp rise in its prices of almost 3-4% on Monday after the vaccine optimism raised the risk appetite in the market that weighed heavily on the safe-haven Japanese Yen. This ultimately pushed the USD/JPY pair to the highest level since October 20.

The gains in USD/JPY pair were also supported by the victory of Democratic Joe Biden in U.S. elections. Biden was expected to deliver a massive stimulus package that had been weighing on the U.S. dollar. Still, after the news of vaccine development and its efficiency, the need for the massive stimulus package dropped and raised the U.S. dollar onboard.

The Bank of Japan released the Summary of opinions that stated that one member said that the bank needs to ensure its purchases of exchange-traded funds are sustainable. Other members said that BOJ must be ready to ramp up stimulus to cushion the economic blow from the coronavirus pandemic. The Cleveland Federal Reserve Bank President Loretta Mester said that the emergency lending programs the Fed set up during the coronavirus pandemic had reduced distress in financial markets. She also said that there was still a need for lending programs.

Mester also noted that Fed Chair Jerome Powell would be working with the Treasury Department to determine if the programs should be extended beyond the end of the year. She also stated that the Fed was not out of ammunition to stimulate the economy. The Fed could provide more accommodation by adjusting its asset purchase program and using other tools. She said that the economy recovered more strongly than expected, but gains have not been evenly spread. Mester said that economic growth would be more slowly despite the optimistic news about the vaccine. These comments kept the markets under pressure and capped further gains in the USD/JPY pair.

The USD/JPY has violated the descending trendline at 104.950 area, and on the lower side, it’s testing the support area of 104.840 level. The USD/JPY pair has recently entered the overbought zone, and now investors may experience a bearish correction in the market. The USD/JPY pair needs to violate the 104.900 level. Below this, we may see the USD/JPY pair falling until the 104.220 level, and a further breakout can lead it towards 102.400, which seems a bit hard. However, we may see buying over 104.950 levels today until 105.600. Good luck!