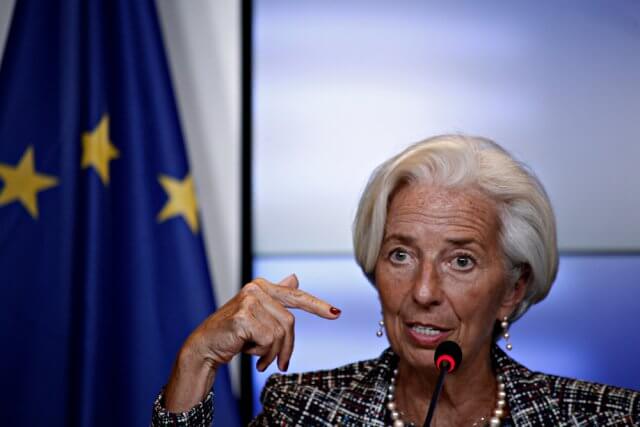 On the news side, the economic calendar is likely to offer another round of central bankers’ speeches worldwide. BOC Gov Council Member Lane, U.S. FOMC officials, is due to speak today. Simultaneously, the main highlight of the day is likely to be ECB President Lagarde Speaks and Unemployment Claims from the U.S. economy.

The EUR/USD pair was closed at 1.17459 after placing a high of 1.17708 and a low of 1.17197. Overall the movement of the EUR/USD pair remained flat yet slightly bullish throughout the day. The EUR/USD pair followed its previous day’s bearish trend and extended its decline in the first half of the day but started to recover losses in the second half of the day as the U.S. dollar became weak. However, the gains were also limited due to the increased uncertainty in the market related to Europe’s coronavirus situation.

The risk sentiment in the market supported the consolidated movement of the EUR/USD pair on Wednesday and turned the prices on the upside after the European Union agreed to pay more than 1 billion euros, about 1.2 billion dollars to Gilead GILD.O. The amount will be paid for a six-month supply of its antiviral drug Remdesivir shortly before the publication of the coronavirus medication’s biggest trial. This news helped EUR/USD pair to recover some losses of the day on Wednesday.

Other than that, the U.S. dollar was weak across the board on Wednesday after the Federal Reserve Vice Chairman Richard Clarida said that the U.S. economic data since May has been surprisingly strong; however, it will still take another year for output to reach back to its pre-pandemic level.

The rising uncertainty about the economic recovery weighed on risk sentiment and dragged the EUR/USD prices on Wednesday to the downward direction.

On the data front, at 14:00 GMT, the Industrial Production from Eurozone dropped to 0.7% from the expected 0.8% and weighed on the Euro currency. At 17:30 GMT, the Core PPI & PPI data from the U.S. for September raised to 0.4% from the projected 0.2% and supported the U.S. dollar. The macroeconomic data from both sides weighed on EUR/USD pair and kept the pair under pressure on Wednesday.

On October 14, the European Central Bank President Christine Lagarde said that European countries would need to invest 290 billion euros each year to meet their commitments under the 2015 Paris climate agreement.

The little gains in EUR/USD could also be attributed to the latest Brexit optimism that emerged after U.K. Prime Minister Boris Johnson suggested that the U.K. continue to work on Brexit deal past the October 15 deadline. This raised hopes that no-deal will be out of option soon and raised EUR/USD pair on Wednesday.

Furthermore, the downward pressure on the EUR/USD pair was due to the latest moves from Eli Lilly and Co. to halt the government-sponsored clinical trials of its coronavirus vaccine. This move after a day when Jonson & Johnson halted its vaccine’s clinical trials due to an unexpected illness found in one participant raised economic recovery concerns and weighed on the riskier EUR/USD pair.

The EUR/USD pair traded sharply bearish to break below a solid support area of 1.1780 extended by an upward channel. On the lower side, the EUR/USD is gaining support at the 1.1732 level, and the bearish breakout of the 1.1732 level may lower the EUR/USD price further than the 1.1697 level. The MACD and RSI favor selling bias, but we may see a slight upward movement until the 1.1764 level before seeing further selling in the pair.

The GBP/USD closed at 1.30113 after placing a high of 1.30642 and a low of 1.28627. Overall the movement of the GBP/USD pair remained bullish throughout the day. The currency pair GBP/USD raised on Wednesday amid the renewed hopes of a Brexit deal and the U.S. dollar weakness. On Wednesday, the U.S. dollar was weak as the U.S. Treasury Secretary Steven Mnuchin said that the U.S. stimulus package would not be delivered before November Presidential elections. The hopes for stimulus measure faded away and weighed on the U.S. dollar, ultimately helping the GBP/USD pair’s upward momentum.

Meanwhile, the upward trend in GBP/USD pair was also supported by the latest extension to the reach a Brexit deal by PM Boris Johnson. The U.K. government allowed Brexit talks to extend beyond the former deadline of October 15, announced by the PM Boris Johnson.

The extension raised renewed hopes to reach a Brexit deal and supported the local currency that favored the additional gains in GBP/USD pair.

However, the gains were limited by the rise of coronavirus cases in the United Kingdom, as it reported almost 20,000 new coronavirus cases on Wednesday. PM Boris Johnson said on the issue of coronavirus spread that the latest three-tier regional approach was productive in controlling the spread as the aim was to avoid the nationwide lockdown.

Moreover, the Brexit headlines overshadowed the coronavirus threats, and the pair kept moving in the upward direction on Wednesday. The main operator of the GBP/USD pair on Wednesday was the optimism about the Brexit deal in the market. On the flip side, the Bank of England chief Andy Haldane said that he was hopeful that Britain’s economic recovery from coronavirus’s initial impact would persist despite the risks. He said it because of the adaptability of businesses and households in the region.

He said that the consumption patterns and work practices of Britain’s had been changed since March lockdowns. This positive comment also raised the British Pound bars that helped the GBP/USD pair’s upward movement. The Core PPI for September and the PPI data rose to 0.4% from the forecasted 0.2% and capped further gains in GBP/USD pair from the U.S. side.

However, the comments from Federal Reserve member Clarida that it will take another year for economic output to reach its pre-pandemic level weighed on the U.S. dollar that helped additional gains in GBP/USD pair on Wednesday.

The USD/JPY currency pair successfully stopped its previous day losing streak and took some fresh bids near two-week highs, around the 105.30 regions in the last hour. However, the reason for the pair’s prevalent bullish bias could be attributed to the stronger U.S. dollar. Hence, the U.S. dollar remained supportive on the back of fading hopes over additional U.S. fiscal stimulus measures and surging COVID-19 cases in the leading European countries, which keeps the market trading sentiment under pressure and increase demand for traditional safe-haven assets. Apart from this, the latest halts in the COVID-19 vaccine trials are also weighing on the market risk tone. On the contrary, the prevalent risk-off market sentiment underpinned demand for traditional safe-haven assets, including the Japanese yen, which could be considered one of the key factors that kept the lid on any additional gains currency pair. At this particular time, the USD/JPY is currently trading at 105.25 and consolidating in the range between 105.10 – 105.30.

However, the market risk sentiment extended the previous two-day slumps to 3,478, down 0.08% intraday on the day. The market trading sentiment was being pressured by the fears of no U.S. stimulus ahead of the U.S. presidential election. Moreover, the S&P 500 Futures’ losses were further bolstered by the intensifying coronavirus (COVID-19) conditions in Europe amid pauses in the (COVID-19) virus vaccine trials. In the meantime, the on-going Brexit woes and downbeat U.S. inflation also exerted downside pressure on the market trading sentiment, which underpinned the demand for traditional safe-haven assets, including the U.S. dollar and Japanese yen.

As per the latest report, the U.S. Treasury Secretary Steve Mnuchin blamed the opposition Democratic Party to stop the stimulus package from keeping President Donald Trump lagging the election polls. Across the pond, the rising COVID-19 cases in notable European countries, such as Spain, France, Germany, and the U.K., orders for strict local lockdowns in recent days. Whereas, Johnson and Johnson’s pause in vaccine trials and Eli Lily also dragged the market sentiment down.

Moreover, the market risk-off sentiment was further bolstered by the reports suggesting that no deal was signed between the European Union (E.U.) and the U.K. Furthermore, the intensifying tussle between the U.S. and China also exerted downside pressure on the market. This, in turn, underpinned the safe-haven Japanese yen, which becomes the key factor that kept the lid on any additional gains in the currency pair.

The broad-based U.S. dollar managed to keep its gains throughout the Asian session as the traders still cheering the risk-off marker mood. However, the U.S. dollar gains seem rather unaffected by the intensifying political uncertainty ahead of the upcoming U.S. presidential election on November 3. However, the incoming polls suggest a clear-cut presidential victory for the Democrat candidate Joe Biden, which might cap further upside momentum for the U.S. dollar. However, the U.S. dollar gains become the key factor that helps the currency pair to stay bid. Simultaneously, the U.S. Dollar Index that tracks the greenback against a bucket of other currencies inched up 0.02% to 93.398 by 9:58 PM ET (1:58 AM GMT).

Looking forward, the traders will keep their eyes on the weekly U.S. Initial Jobless Claims, which is expected 825K versus 840K prior. Apart from this, the continuous drama surrounding the US-China relations and updates about the U.S. stimulus package will not lose their importance.