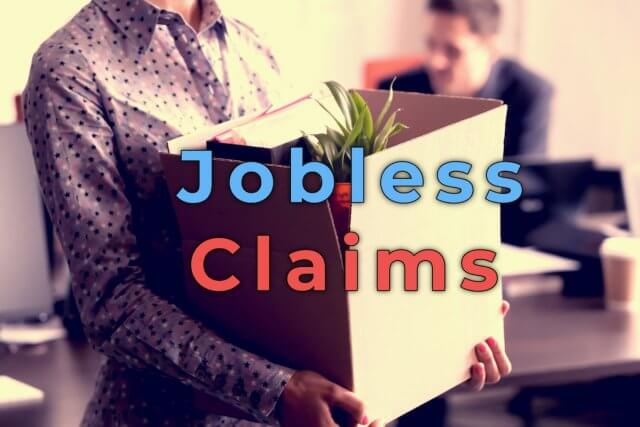 The news site of the market is likely to offer high impact events from the U.S. while the major focus will remain on the Philly Fed Manufacturing Index and Unemployment Claims. U.S. dollar may exhibit mixed bias until the release of these events as Philly fed manufacturing is expected to perform badly, and the Jobless claims are likely to perform well.

The EUR/USD currency pair has stopped its previous day bearish streak and recovered from the 27-month lows amid speculative interests and strong bond auction. However, the recent declines in the currency pair from near two-year highs of 1.1956 were mainly directed by a broad-based U.S. dollar recovery. As of now, the broad-based Us dollar has erased some of its gains but still hovering on the bullish track. This, in turn, the currency pair became able to put some modest bids and stop its previous losing streak.

On the EUR side, the ongoing rise in new coronavirus cases in Spain, Germany, France, and Italy has been fueling the fears over the second-wave of the virus across Europe, which might put the shared currency under pressure and become the key factor that will cap any upside in the currency pair. At the moment, the EUR/USD currency pair is currently trading at 1.1843 and consolidating in the range between the 1.1831 – 1.1857. Moving on, the traders seem cautious to place any strong bids ahead of U.S. Jobless Claims and ECB minutes.

The broad-based U.S. dollar has many things to cheer on the day. Be it the weaker pace of surge in the COVID-19 cases from New York and Florida or hopes of the U.S. stimulus package, not to forget the latest Federal Open Market Committee (FOMC) minutes, which showed that the officials lacked support for the yield curve control, as one of the policy options. However, the broad-based U.S. dollar was being supported by all these things.

However, the ongoing worries about the growing coronavirus case in most places and worsened US-China relations also helped the U.S. dollar put the safe-haven bids. Despite the ongoing coronavirus (COVID-19) and Sino-American tensions, the U.S. President Donald Trump gave the latest warning during the daily press conference that the U.S. is going to announce punitive measures Iran. As per the keywords, “U.S. intends to restore nearly all U.N. sanctions on Iran.” In the meantime, the American Secretary of State Mike Pompeo also warned the Dragon Nation and Russia not to interfere in this matter to save Tehran as they did in the recent past. However, these lingering tension kept the market trading sentiment under pressure and provided support to the U.S. dollar as safe-haven status.

It is worth mentioning that the minutes from the July Fed meeting released Yesterday pushed back against additional measures like the yield curve control, under which the central bank targets a specific yield level at the short or long end of the curve. Meanwhile, the Federal Reserve indicated that it would think about changing its monetary policy to stick to dynamic monetary policy for far extended than previously expected.

Across the pond, the intensifying coronavirus virus cases in Germany and France fueled the fears of fresh lockdowns in Europe’s biggest economies, which might weigh on the shared currency. As per the latest report, the reported coronavirus cases increased to 226,914, with a total of 9,243 deaths on Wednesday. Whereas, the cases raised by 1,510 in Germany on Wednesday against Tuesday +1,390. The death toll rose by 7, as per the German disease and epidemic control center report, Robert Koch Institute (RKI).

Looking forward, the market traders will keep their eyes on the U.S. Jobless Claims, Philly Fed Manufacturing Survey, and the European Central Bank (ECB) policy meeting minutes, which is scheduled to release later today. The headlines concerning the US COVID-19 aid package, virus figures, and Sino-American trade will not lose its importance.

The GBP/USD pair was closed at 1.30986 after placing a high of 1.32670 and a low of 1.30934. Overall the movement of GBP/USD pair remained bearish throughout the day. The GBP/USD pair lost all of its previous day gins and declined on Wednesday amid the broad-based U.S. dollar strength after the FOMC meeting minutes were released.

In the early daily session, the GBP/USD pair rose to its highest since last week of December 2019 on the back of better than expected macroeconomic data from the United Kingdom but failed to maintain gains and dropped below 1.310 level. The decline was backed by the sudden strength in the U.S. dollar after the Trump administration proposed another stimulus relief bill.

In the early trading session, the Consumer Price Index from Great Britain was released at 11:00 GMT that rose to 1% from the expected 0.6% and supported GBP. The year’s Core CPI also rose to 1.8% against the estimated 1.3% and the previous 1.4% and supported GBP. The Sterling was again supported after the release of PPI Input for July that surged to 1.8% from the forecasted 1.1%. In July, the PPI Output also rose from the expected 0.2% but remained flat with the previous 0.3%. The Raw-Material Price Index for the year from the U.K. increased to 1.6% from the previous 1.1% and exceeded the expectations of 1.2%. AT 13:30 GMT, the Housing Price Index for the year came in as 2.6%.

The positive and better than expected macroeconomic data from the U.K. gave strength to Pound that took the currency pair GBP/USD to its 8th month highest level at 1.32670. However, in the late trading session after the release of FOMC meeting minutes, the GBP/USD pair started to decline and lost all of its gains from Tuesday.

Furthermore, as opposed to the $1 trillion or $3 trillion stimulus package, a new stimulus relief bill was proposed by the Trump administration on Wednesday of worth $500 Billion. It came in as the consensus on previously recommended bills by Democrats and Republicans has not been achieved yet. This raised hopes and U.S. dollar bars in the market and added additional losses in the GBP/USD currency pair.

Meanwhile, the Brexit talks have been resumed, and outlook of talks still suggested differences as several media reports suggested that U.K. wanted British truckers to be able to pick up and drop off goods both inside E.U. countries and between them. But Brussels has denied as they consider the proposal fundamentally unbalanced, this also weighed on GBP/USD pair on Wednesday.

On Thursday, the GBP/USD pair is trading at 1.3250 level, and the pair was trading in between an ascending triangle pattern that has now been violated. The triangle pattern was extending resistance at 1.3125 level, and above this, the next resistance is pretty much likely to be found around 1.3267 level. At the same time, the support stays at 1.3186 and 1.3137 level. Bullish bias seems dominant today.

The USD/JPY pair was closed at 106.111 after placing a high of 106.150 and 105.101. Overall the movement of the USD/JPY pair remained bullish throughout the day. After falling for three consecutive days, the USD/JPY pair rose sharply and reached above 106.00 level on Wednesday amid broad-based U.S. dollar strength.

The FOMC minutes of the July meeting revealed that policymakers supported to cap bond yields and made it unlikely for the Fed to introduce yield curve control in September. In response to Fed minutes, the U.S. Dollar Index rose above 93 levels, and the U.S. 10-year Treasury yields rose about 0.9% and supported the U.S. dollar that ultimately gave strength to USD/JPY pair on Wednesday.

The sharp rally in USD/JPY was also supported by the comments of a senior Trump administration official who said that a new stimulus relief bill of small amount than $1 trillion or $3 trillion could be agreed upon and provide strength to the economy. He proposed a new bill of $500 billion as the previously expected stimulus bills proposed by Republicans & Democrats was failed to reach a consensus. This new bill also raised hopes and supported the U.S. dollar that pushed USD/JPY prices further on the upside.

On the data front, at 04:50 GMT, the Core Machinery Orders in June from Japan declined to -7.6% from the previous 1.7% and fell short of the expected 2.1% and weighed on Japanese Yen that added strength to the advancing USDJPY pair. Whereas, the Trade Balance from Japan showed a deficit of -0.03T against the forecasted -0.44T and the previous -0.41T and supported Japanese Yen.

On the other hand, the US-China relations were further dented after Donald Trump revealed the main reason behind the delay in review meetings between U.S. & Chinese officials on August 15 on Wednesday. According to Trump, he was very angry over Beijing’s handling of coronavirus situations and disturbing the global economy, and that was the reason he canceled the review meeting. He said that he did not want to meet China for now.

The negative statement a day after blacklisting the Chinese telecom Huawei group in America escalated the tensions further and weighed on risk sentiment. This helped the U.S. dollar to gain strength against its safe-haven status and raised the USD/JPY pair in the market.

Mark Meadows, the White House Chief of Staff, informed on Wednesday that no new high-level talks were rescheduled between the U.S. & China as two sides were already in touch regarding the implementation of the phase-one trade deal. This raised the risk sentiment and weighed on Japanese Yen that ultimately added gains in USD/JPY pair.