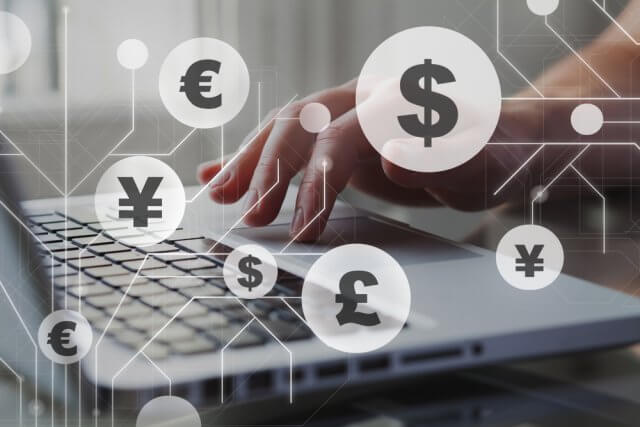 On the news front, the U.S. GDP figures will remain the main highlight of the day. It’s expected to be weak, which may drive weakness in the U.S. dollar. The durable goods orders are also likely to come out during the U.S. session and may drive bullish bias in gold and bearish trend in USD.

The EUR/USD pair was closed at 1.10090 after placing a high of 1.10307 and a low of 1.09337. Overall the movement of the EUR/USD pair remained bullish throughout the day. The EUR/USD pair followed its previous day’s move and posted gains on Wednesday for the 3rd consecutive day on the back of new plans of European Union to borrow 750 billion euro to aid economic recovery. The pair EUR/USD climbed to its highest level of 1.10307 since early April on Wednesday.

If member states approve the proposal, some funds will take effect from 2020, but the most significant portion of the proposal would come next year when the first bonds were issued. However, some market participants raised concerns about the lack of details on how the bonds issued will finance the funds.

The proposal was announced ahead of the European Central Bank’s monetary policy meeting, which is due next week, which will provide the bloc’s economic outlook in coronavirus crisis. The proposal lifted the demand for a single currency across the board and supported EUR/USD prices.

Furthermore, on Wednesday, the President of European Central Bank, Christine Lagarde, said that the 19 member euro area economy would likely contract by 8%-12% this year. She said that the previously estimated contraction in the Eurozone economy was recorded as 5%, which has probably become outdated now. She added that Eurozone might be somewhere between medium and severe scenarios.

In April, ECB estimated that the euro area’s GDP could fall by between 5% and 12% in 2020 due to the coronavirus pandemic, which had medium scenario as 8% contraction. This was depended on the duration of containment measures and the effectiveness of policies and measures to diminish the crisis.

Lagarde also announced that European Central Bank would soon publish a fresh forecast about GDP in early June. On the other and, U.S. dollar faced some pressure on Wednesday, and after dropping to its lowest level in 23 days at 98.72, the U.S. dollar Index raised beyond 99.00 and settled there in late session.

The U.S. economic data showed that the Richmond Fed Manufacturing Index advanced to -27 in May from -53 of April and beat the market expectations of-47. This supported the U.S. dollar across the board ad limited the EUR/USD pair’s gains on Wednesday.

Sterling’s mood was generally soured after the comments of chief economist Andy Haldane and Governor Andrew Bailey, who seemed to put the possibility of negative interest rates on the table.

According to Haldane, the consequences of Britain’s banks and lenders’ negative interest rates were the key factors for the Bank of England to consider before making any decision. Haldane said that reviewing and doing were different things, and Bank of England was currently in review phase and has not reached on doing phase yet.

On Tuesday, Haldane said that some of the data came in just a shade better than the “scenario for the economy,” which was published by BoE earlier this month. Haldane added that risks remained there that the recovery could be slower as companies and consumers were still cautious because of the possible second wave of coronavirus.

Apart from possible negative interest rates, the Brexit trade agreement’s lack of progress also added to the downward movement of Pound on Wednesday. The United Kingdom has refused to extend the transition period beyond the end of the year, which has increased the odds of a no-deal Brexit, which has exerted negative pressure on British Pound.

However, there were reports on Tuesday that the E.U. might give up its demand for access to the U.K.’s fishing waters to push the paused trade negotiations between the U.S. & E.U. On the U.S. dollar front, the U.S. Dollar Index rose beyond 99.00 and settled there in late session on Wednesday and added the daily losses of GBP/USD pair.

The GBP/USD slipped lower after facing resistance around 1.2360 level, which was extended by an upward channel. On the 4-hour timeframe, the 50 EMA is still bullish, but the MACD is suggesting odds of selling bias in the GBP/USD pair as the histograms are forming below zero levels. Today, the Sterling may find immediate support around 1.2225 level while the closing of candles above this level may drive buying until 1.2300 and 1.2360 level. While the violation of support is likely to push the cable further lower until 1.2160 level. Consider taking buying trades over 1.2162 and selling below the same level today.

The USD/JPY pair was closed at 107.714 after placing a high of 107.945 and a low of107.364. Overall the movement of the USD/JPY pair remained bullish throughout the day. The USD/JPY pair surged on Wednesday on the back of the increased mixed market sentiment; the market participants were caught between the opening up of global economy from COVID-19 lockdown and the pressure of the second wave of the virus, emerging trade wars and the long term effects of Hong Kong fight.

On Wednesday, the cold war between China & the U.S. escalated after U.S. Secretary of State; Mike Pompeo reported the U.S. congress that Trump administration no longer consider the status of Hong Kong autonomous from China.

The decision to revoke the Hong Kong autonomous status from China by the United States came in against the new security law introduced by China recently. The law will be presented to the Chinese Parliament on Thursday for approval.

The relation between China and the United States was already disturbed due to the U.S. allegations on China about the spread of coronavirus pandemic and pressuring WHO to refrain it from taking any early action to combat the virus. China has denied such allegations and blamed them back on the U.S. that it was covering its failure to contain the virus by blaming it on China. The safe-haven demand increased after this news, and Japanese Yen gained traction, which kept a lid on any additional gains of the pair USD/JPY.