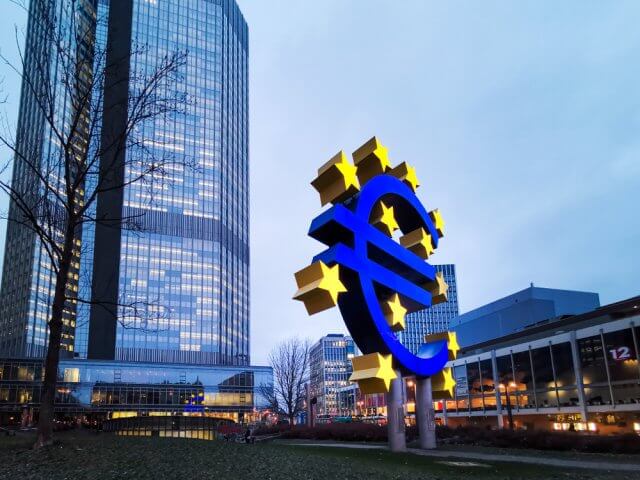 The market’s news is likely to offer high impact events from the U.S., while the major focus will remain on the Philly Fed Manufacturing Index and Unemployment Claims. U.S. dollar may exhibit mixed bias until the release of these events as Philly fed manufacturing is expected to perform badly, and the Jobless claims are likely to perform well.

The EUR/USD continues to trade higher at the 1.2160 level, and a bullish breakout can extend buying trend until the 1.2229 level. The market trading sentiment still represents positive performance on the day as the positive environment around the Asia-Pacific stocks. All-time high upticks in the S&P 500 Futures highlight the risk-on mood, which was being supported by optimism over a potential vaccine/treatment for the highly infectious coronavirus.

Meanwhile, the increasing hopes over more U.S. stimulus package under Joe Biden’s presidency also played its major role in supporting the market trading sentiment. The hopes of further U.S. stimulus package sparked after the Biden entered the White House, without any losses, which could be considered as one of the major reason behind the latest positive mood in the market,

In response, the broad-based U.S. declined to stop its long bearish bias and remained bearish on the day. The dip in the greenback was further sparked by the optimism over vaccines’ rollout for the highly contagious coronavirus disease, which eroded demand for safe-haven currencies. Therefore, the losses in the U.S. dollar becomes the key factor that kept the currency pair lower. The U.S. Dollar Index that measures the dollar versus a bucket of other currencies dropped by 0.19% to 90.300 by 11:26 PM ET (4:26 AM GMT).

As per the report, the Secretary of the Treasury nominee Janet Yellen urged Congress to “act big” on the Coronavirus relief program and shouldn’t worry about debt through her Senate confirmation hearing. These positive remarks helped the market trading bias to stay bid.

The EUR/USD is trading with a bullish bias at 1.2128 level. The EUR/USD is holding right below 50 periods EMA on the hourly timeframe, extending the EUR/USD pair’s resistance. On the lower side, the support level continues to hold around 1.2120 and 1.2062 level. The MACD and RSI are suggesting a mixed bias for the EUR/USD pair. Buying can be seen over 1.2115.

The GBP/USD continues to hold its bullish tone through the first half of the day as the pair ran into the weekly highs around the 1.3710 mark. It’s mostly due to the weaker U.S. dollar. The trader hopes for further U.S. fiscal incentive immediately intensified after the U.S. Treasury Secretary candidate Janet Yellen urged lawmakers to act high on the COVID-19 relief package and not bother too much regarding debt. The remarks of Yellen were was seen as one of the critical factors that weakened the safe-haven U.S. dollar and added to the GBPUSD gains.

Besides this, the dollar losses bolstered by the confidence over the rollout of COVID-19 vaccines, which confer some further support to the GBP/USD pair. The U.S. failed to stop its long bearish bias and remained bearish on the day. The losses in the U.S. dollar were further sparked by the optimism over vaccines’ rollout for the highly contagious coronavirus disease, which eroded demand for safe-haven currencies. Therefore, the losses in the U.S. dollar becomes the key factor that kept the currency pair lower. The U.S. Dollar Index that tracks the greenback against a bucket of other currencies dropped by 0.19% to 90.300 by 11:26 PM ET (4:26 AM GMT).

Conversely, the anxieties regarding increasing COVID-19 cases and economically-painful hard lockdowns in the U.K. keep questioning the pair’s upside impulse. The U.K. coronavirus strain has been discovered in at least 60 countries so far, as per the WHO report. The Kingdom announced 33,355 fresh virus cases and 1,610 deaths on the day. Globally, the number of cases has exceeded 96 million, prompting the pair’s upside momentum. Besides, the reports of likely shortage of vaccine in New York and postponement of Pfizer’s vaccine to Canada also seems to question the Sterling bullish bias.

The GBP/USD is also heading north amid a weaker dollar, as it trades at a 1.3655 level. Continuation of an upward trend can lead the Cable towards the next target area of 1.3700 level. At the same time, the Cable may find support at 1.3628 level today. On the higher side, the bullish breakout of 1.3701 level can extend buying trend until 1.3736. The GBP/USD is supported by 10 and 20 periods EMA on the two-hourly timeframes, suggesting further buying in the pair. Let’s consider trading bullish over 1.3715 level today.

Today in the early European trading session, the USD/JPY currency pair failed to stop its previous-session selling bias and remained depressed around two-weeks low around below 103.5 level as the U.S. dollar faced some follow-through selling pressure, which, in turn, was seen as one of the key factors that exerting downside pressure on the USD/JPY currency pair. The bearish bias surrounding the U.S. dollar was mainly sponsored by the increasing optimism over the massive U.S. stimulus measures under the newly inaugurated Joe Biden administration, which undermined demand for safe-haven currencies.

Simultaneously, the prevalent risk-on environment undermined the Japanese yen and helped the currency pair limit deeper losses. Meanwhile, the dovish comments by the BoJ Governor, Haruhiko Kuroda, added further burden on the JPY and extended some additional support to the USD/JPY currency pair to halt its bearish rally. Currently, the USD/JPY currency pair is currently trading at 103.47 and consolidating in the range between 103.33 – 103.67.

Conversely, the equity market’s positive performance weakened the Japanese yen and helped the currency pair limit its deeper losses. Also capping the currency pair’s losses could be the dovish comments by the BoJ Governor, Haruhiko Kuroda, which further weighed on the JPY and extended some support to the USD/JPY pair to stop its bearish rally. As per the latest report, Kuroda repeated that the BoJ observes the coronavirus’s impact very closely and will not hesitate to ease further if needed. The Japanese central bank updated its GDP target for the fiscal year 2020 to -5.6% from the previous projection of -5.5%.

On the different page, the concerns about rising COVID-19 deaths and re-imposing the economically-painful hard lockdowns keep challenging the upbeat market mood, which could change the currency pair’s direction.

Looking forward, the market traders will keep their eyes on updates from the Biden administration. Meanwhile, the European Central Bank’s (ECB) monetary policy and U.S. Unemployment Claims will also be key to watch. In addition to this, the risk catalyst like geopolitics and the virus woes will not lose their importance.

The USD/JPY continues to trade sideways in between a wide trading range of 104.340 – 103.560. The USD/JPY has formed a sideways channel on the 4-hour timeframe, and it has the chance of leading the pair towards the next resistance level of 104.800 upon the breakout of 104.810. The 50 periods EMA supports the bullish trend, and we may have odds of taking a buying trade over the 103.570 level today. Good luck!