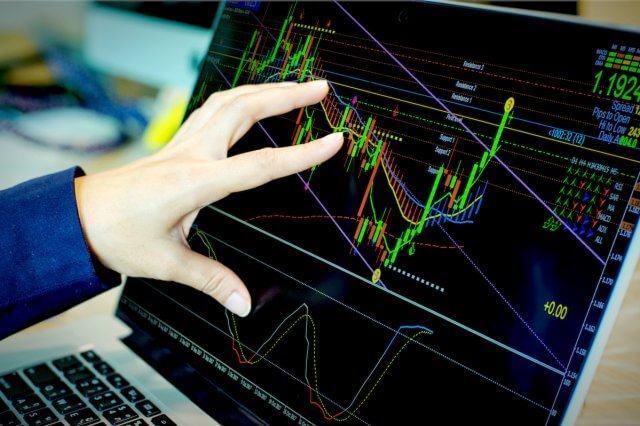 On Tuesday, the market’s fundamental side is mostly muted as we don’t have any significant economic data scheduled from any economy. The S&P/CS Composite-20 HPI y/y will be released during the U.S. session; however, it’s low-impact and may not drive any major movement in the market today.

The EUR/USD pair was closed at 1.22142 after placing a high of 1.22501 and a low of 1.21809. EUR/USD pair posted gains on Monday; however, some of the gains were lost in the late trading session. On the first day of the new trading week, the EUR/USD pair moved on the upside on the back of a weak U.S. dollar and the rising risk sentiment in the market. The global risk sentiment remained well supported by the latest optimism over a last0-minute Brexit deal and got an additional boost after the U.S. President Donald Trump finally signed the $2.3 trillion pandemic aid and spending package.

On Sunday, U.S. President Donald Trump signed the bipartisan bill of $2.3 trillion packages, including $900 billion for stimulus checks and $1.4 trillion for government funding. Trump, who first called this bill a disgrace, signed the bill and made it legislation as the government was near to shut down. However, he urged the U.S. Congress to increase the stimulus check amount to $2000 from $600. Given his calls, the House of Representatives led by Democratic leaders approved the CASH Act on Monday. The Act was designed to support Trump’s decision to increase the stimulus checks. The House voted 275-134 on Monday to increase the proposed $600 payments to more than triple $2000 and send it to Senate.

All these developments in the U.S. stimulus measure raised the market’s risk sentiment that ultimately added strength in the risk perceived EUR/USD pair. Meanwhile, another reason behind the EUR/USD pair’s upward momentum was the sharp rise in European markets on Monday. At the start of the last trading week of 2020, the Brexit developments and the U.S. stimulus measure raised the risk sentiment that supported the European stocks to move higher levels added in the EUR/USD pair. France’s CAC40 rose by 1.3%, the Swiss SMI surged by 1.8%, and Germany’s DAX index finished up by 1.5% on Monday.

On Tuesday, the EUR/USD consolidating in a narrow trading range of 1.2259 – 1.2205. On the 2 hour timeframe, the EUR/USD has formed an ascending triangle pattern supporting the pair around 1.2204 and a resistance at 1.2259. The MACD and RSI have now shifted to the bullish zone, supporting a bullish trend in the EUR/USD pair. Additionally, the 50 periods EMA supports the pair at 1.2204, and it’s also expending bullish sentiment for the EUR/USD pair today.

The GBP/USD pair was closed at 1.34574 after a high of 1.35760 and a low of 1.34289. On Monday, the currency pair GBP/USD fell sharply as market participants showed concerns that the post-Brexit trade agreement will slow the trade after the crucial services sector was largely excluded from the deal. The mayor of French fishing port has warned that Thursday’s historic Brexit trade deal between the U.K. and E.U. still left the fishing sector with many key questions unanswered. The mayor of Boulogne-sur-Mer, Frederic Cuvillier, said that the agreement left French fishermen wondering how it will impact them once the festive season was over.

The long-awaited agreement between the two parties was resolved after granting a five-year transition period over fisheries, after which E.U. fish captures ought to be reduced by 25%. The concession was given from the U.K., who has initially demanded 60% at the start of the negotiations. Furthermore, on financial services, the Brexit deal is said to go in favor of the E.U. According to Boris Johnson, the agreement on financial services has fallen short of U.K. hopes. He said that perhaps the financial sector did not go as far as the U.K. would like. After these comments, Rishi Sunak offered financial services firms the prospect of closer access to E.U. markets than outlined in the Brexit trade deal.

Sunak said that he hoped that a planned memorandum of understanding on this issue between the U.K. and E.U. would smooth over many obstacles in the next few months. However, all these tensions weighed on the local currency British Pound and dragged the GBP/USD pair to the downside.

Meanwhile, the U.K. reported its highest day of new coronavirus infections on Monday with 41,385 new COVID-19 cases. The surge was driven by the new variant of the virus that is more transmissible and has forced the hospitals to cancel non-urgent procedures and scramble to find the space. Even though the new variant does not appear to make people sicker, it is believed to be up to 70% more contagious, resulting in an increased number of coronavirus infections in the U.K.

The rising number of coronavirus in the country and its faster rate affected the local currency, as hopes for an economic recovery dampened and weighed on the GBP/USD pair. It was another reason behind the downward momentum of the GBP/USD pair on Monday. However, the pair’s losses were limited on Monday due to the weakness of the U.S. dollar. The greenback was weak across the board as the U.S. President Donald Trump has signed the new coronavirus relief bill, turning it into law on Sunday.

Whereas, the House of Representatives, which is led by Democrats, held a vote on the CASH Act on Monday, approved the Act, and passed it to the Senate. According to CASH Act, the number of stimulus checks in the bipartisan bill of $600 will be increased to $2000 as demanded by U.S. President Donald Trump and supported by the House of Democrats.

All the U.S. stimulus relief bill developments weighed on the U.S. dollar and capped further losses in the GBP/USD pair on Monday in the absence of any macroeconomic data release.

The GBP/USD is trading at 1.3485, having supported over 1.3443 level. The support level is extended by an upward trendline on the two-hourly timeframes. The GBP/USD pair is likely to face resistance at the 1.3525 level, and a bullish crossover of 1.3525 level can drive Sterling’s price towards 1.3620. The bullish trendline is likely to support the pair today at the 1.3443 level, and violation of this can extend the selling trend until the 1.3343 level.

The USD/JPY pair closed at 103.778 after placing a high of 103.896 and a low of 103.402. The currency pair USD/JPY extended its gains on Monday and raised for the second consecutive day as the market’s risk sentiment increased. The risk-on market sentiment was driven by the latest decision of Donald Trump to sign the bipartisan stimulus bill of $2.3 trillion that he had initially refused to pass.

The U.S. President Donald Trump turned the bill of $2.3 trillion, including $900 billion for pandemic aid and $1.4 trillion for spending package on Sunday as the government was near to shut down in less than 30 days. However, despite signing the bill, Donald Trump continued urging Congress to increase the number of stimulus checks from $600 per person to $2000. Followed by his calls, the House of Representatives with a Democratic majority approved the CASH Act on Monday to allow the rise in payment of stimulus checks demanded by Donald Trump. The CASH Act was approved by Democrats and sent to Senate for further proceedings.

This added in to the risk sentiment as it raised hopes for economic recovery in a depressing environment and weighed on the safe-haven Japanese Yen that ultimately added in the USD/JPY pair’s upward momentum on Monday. Furthermore, the Bank of Japan released the summary of opinions at the December rate review that showed that the B.O. policymakers were divided on how far to go in changing its stimulus program, with some calling for an overhaul of its strategy achieving 2% inflation.

The Governor of the Bank of Japan, Haruhiko Kuroda, said that the policy review would not lead to big changes to yield curve control (YCC) instead of focusing on fine-tuning the framework to make it more sustainable. However, some BOJ board members called for a more ambitious review as the hit to grow from coronavirus stokes fears of a return to deflation.

On the data front, at 04:50 GMT, the Prelim Industrial Production reduced to 0.0% against the forecasted 1.4% and weighed on the Japanese Yen that added gains in the USD/JPY pair. Meanwhile, the USD/JPY pair’s gains were limited on Monday as the U.S. dollar was weak across the board due to the second round of stimulus relief package issuance. The bill will restore unemployment benefits to millions of Americans and averted a partial federal government shutdown that would have begun on Thursday. It raised the risk sentiment and weighed on the U.S. dollar that ultimately capped further upside in the USD/JPY pair on Monday.

The USD/JPY is trading sideways at the 103.700 level, supported by an ascending triangle pattern. On the 2 hour timeframe, the USD/JPY pair is gaining support at 103.600 and 103.400 levels along with a resistance level of 103.860, which is extended by a triple top pattern. The pair is now closing a series of doji and spinning top candles, suggesting neutral bias among investors. It’s common during such a timeframe of December as most of the traders are on holiday. Let’s consider taking a buy trade over 103.860 level and selling below the same as this level is of major importance today. Good luck!