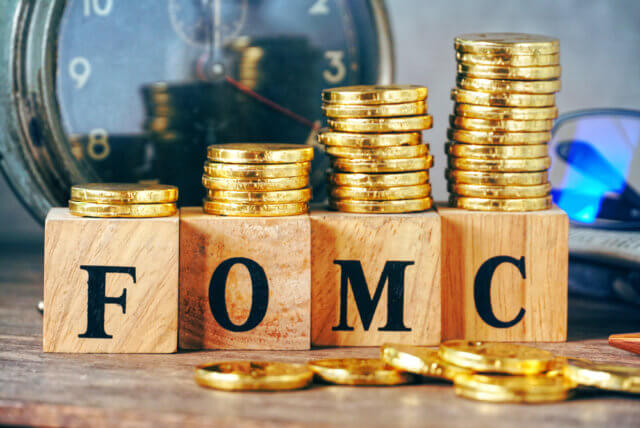 The forex market extends trading sessions mostly with the mixed sentiments as the trader’s eye remains on the Fed Policy decision and CPI rate today. The FOMC will publish its policy statement, and Chairman Powell will be giving his comments on the policy standpoint. Ahead of this event, the U.S. Dollar Index is down 0.22% at 97.45 on Tuesday, supporting the pair stay relaxed above the 0.6800 handles.

Today, the trader’s focus will stay on the U.S. Monetary Policy and CPI rate from the U.S. Let’s brace for it.

The AUD/UD currency pair flashing green and rose to 0.6835, mainly due to the upbeat data from Australia and unexpectedly higher inflation figures from China. As of writing, the AUD/USD pair is currently trading at 0.6814 and consolidates in the range between the 0.6800 – 0.6837.

The currency pair struggled to maintain its recovery rally due to a lack of progress surrounding the United States and China trade war and fell to a fresh weekly low of 0.6800 before recovering modesty.

The National Australia Bank’s Business Conditions Index remained unchanged at 4 in November, but it beat the expectations of 2. On the other, the annual House Price Index for the third quarter came in at -3.7%, after a second quarter’s figure of -7.4%, which supported the Australian Dollar.

In the second half of the day, the Wall Street Journal (WSJ) reported that the U.S. and China’s trade negotiators are working toward delaying the December 15 tariff hike. That gave a boost to the market sentiment and trade-sensitive AUD.

During the Asian session on Wednesday, Westpac Consumer Confidence Index from Australia, which is expected to drop to -0.7% in December from 4.5% in November, will be keeping under the eyes.

Following in the day, the FOMC will release its policy statement, and Chairman Powell will be delivering his remarks on the policy outlook. Ahead of this event, the U.S. Dollar Index is down 0.22% at 97.45 on Tuesday, supporting the pair stay relaxed above the 0.6800 handles.

While reviewing Wednesday’s FOMC meeting, “after three cuts in a series, we expect the Fed to remain on hold (target range 1.50-1.75%) when it meets next week,” said Danske Bank analysts. “FOMC members have made it clear that they think the ‘current stance of monetary policy is appropriate’ and that they now want to wait some time and see how everything plays out before acting again.”

A bearish breakout of 0.6795 level can extend selling until 0.6775. The MACD is holding below 0, suggesting the chances of a bearish trend continuation in Aussie. Let’s look for buying above 0.6775 and selling below 0.6820level.

The GBP/USD currency pair flashing green and hit the seven-months high from the bearish level of 1.3132 to 1.3189 while heading toward the United Kingdom elections on Thursday, and the result of elections will be released early Friday morning. As of writing, the currency is currently trading at 1.3188 and consolidates in the range between the 1..3132 to 1.3197.

According to the current situation, the Tories are ready to win the U.K. election, which may put the Brexit deal to bed. Today, the United Kingdom’s economic data don’t take a front seat due to the election hype, despite flat figures for Gross Domestic Produce for October.

It should be noted that after this week’s snap December election, the next difficulty for the United Kingdom markets is next week’s Bank of England decision. However, the United Kingdom data continues to fall at a moderate rate since the last BoE meeting, which drives the dovish sentiment regarding the next rate decision.

Looking forward, the markets will keep their focus on the Federal Open Market Committee and the Federal Reserve after the interest rate decision. Rates are expected to remain stable at 1.50-1.75%, while patience rhetoric will follow previous Federal Reserve speeches and statements furnished with preconditions before rate cut again in the future.

The cable pair holds a bullish tone, but it is showing some short-term bearish signals after being unable to stay on top of 1.3160. Nevertheless, the trend in the pair points clearly to the upside, and consolidation of the GBP/USD above 1.3180 would expose the pair towards 1.3200. The prices need to cross May month high near 1.3180 to target 1.3200 and 1.3270 figures to the north, declining to do so highlights Wednesday’s top surrounding 1.3120 as immediate support.

The USD/JPY currency pair hit the bullish track and reached 108.75, mainly due to the Wall Street Journal reported that the United States and China trade talks are working toward delaying the tariff hike. After fastening to a fresh daily bullish of 108.75, the pair USD/JPY currency pair reversed slightly and was last seen trading at 108.62, where it was up 0.05% on a daily chart.

The U.S. and Chinese trade negotiators are planning for a delay of a fresh round of tariffs set to impose on December 15, according to officials on both sides. The market reaction to this headline also provided the ten-year United States Treasury bond yield to cancel its daily losses and helped the S&P 500 futures to move into the positive territory, pointing out to a positive shift in the market sentiment.

Meanwhile, the U.S. Dollar Index remains to move sideways a little above the 97.50 marks to allow the risk perception to continue to drive the pair’s action.

At the starting of today, the NFIB Business Optimism Index in the U.S. increased to 104.7 during November from 102.4, but the Unit Labor Costs rose 2.5% in the 3rd-quarter to drop short of the market expectation for an increase of 3.3%. But, these readings were largely ignored by the market members ahead of the FOMC’s monetary policy announcements on Wednesday.

On Wednesday, the USD/JPY is likely to trade sideways until the release of FOMC and U.S. inflation rates. The pair is trading above 108.550, which is working as a double bottom support level. A bearish breakout of this level can trigger selling until 108.250. The USD/JPY has already completed 81% retracement on three hourly charts, and this level can give some support to USD/JPY. Above this, the pair may find resistance around 108.900. Let’s wait for FOMC to determine the further trend of USD/JPY.