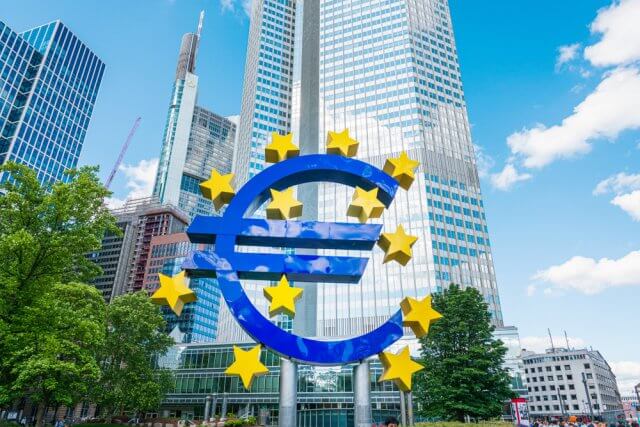 On the news side, the economic calendar is likely to offer another round of central bankers’ speeches worldwide. BOC Gov Macklem, BOE Gov Bailey, and SNB Chairman Jordan are due to speak today. Simultaneously, the day’s main highlight is likely to be ECB Monetary Policy Meeting Accounts and Unemployment Claims from the U.S. economy.

The EUR/USD pair was closed at 1.17637 after placing a high of 1.17816 and a low of 1.17248. On Wednesday, the EUR/USD pair recovered most of its previous day’s losses after the U.S. dollar became weak on the back of U.S. President Trump’s support to multiple aid measures. This raised the risk-on market sentiment and helped the EUR/USD pair to gain traction in the market.

On Tuesday, the U.S. president called off negotiations with Democrats over the next round of stimulus measure and spurred the risk-off market sentiment that weighed on currency pair. Just a day after this announcement, Trump flipped and changed his statement and called for checks to all Americans, especially Airlines and payroll protection.

On the data front, the German Industrial Production for August dropped to -0.2% against the forecasted 1.5% and weighed on Euro. At 11:45 GMT, the French Trade Balance dropped to -7.7B against the projected -6.5B and weighed on single currency Euro. At 13:00 GMT, the Italian Retail Sales for August increased to 8.2% from the projected 3.8% and raised the EUR/USD pair.

Meanwhile, the European Central Bank’s President Christine Lagarde said that ECB would not remove monetary support until the coronavirus crisis remains. She reinforced that the central Bank and fiscal authorities must work together. Lagarde said that ECB should guard against premature withdrawal of stimulus and stated that the risk of more divergence in the euro area would remain even after the coronavirus crisis. Lagarde’s comments did not have any major impact on the EUR/USD currency pair as she did not provide any new information.

Whereas, on the U.S. front, the FOMC published its September meeting minutes on Wednesday. Minutes revealed that economic data was recovering faster than expected from the Q2 decline. The outlook for the Eurozone economy assumed additional fiscal support, and Fed lawmakers urged U.S. Congress to deliver the next round of aid packages. However, the Federal Reserve September meeting minutes also had no major impact on the EUR/USD pairs.

Moreover, as the U.S. President Donald Trump has repeatedly pushed for approving a vaccine before elections, the U.S. Food and Drug Administration (FDA) said that a coronavirus vaccine would not be approved by Election Day. This news raised the risk sentiment in the market and appreciated the EUR/USD pair.

On Thursday, the EUR/USD is trading with a slight bullish bias around 1.1740 level, holding within an upward channel providing support at 1.1759 level and resistance at 1.1800. Bullish trend continuation may lead the EUR/USD exchange rate towards 1.1840 mark, and continuation of upward movement may lead the pair towards 1.1865. While on the lower side, support stays at 1.1760 and 1.1725 level today. The ECB Monetary Policy Meeting Accounts will be in highlights to determine the next movement in the market.

The GBP/USD pair was closed at 1.29181 after placing a high of 1.29294 and a low of 1.28449. The GBP/USD pair followed its previous day bearish trend dropped further in the earlier trading session; however, the pair managed to reverse its direction in the late session and posted gains for the day. The improving risk sentiment in the market helped GBP/USD pair to move upward on Wednesday.

The U.S. President Donald Trump flipped from its Tuesday’s statement that negotiations between Republicans and Democrats will not proceed until after the election. On Wednesday, Trump backed from it and called for additional support to Americans, especially Airline workers. This turn back from Trump was not expected and supported the risk sentiment that ultimately added strength to the GBP/USD pair.

Meanwhile, the statement by Michael Gove gave new optimism about the Brexit deal and supported British Pound. The Chancellor of Lancaster’s duchy said that there were 66% chances that a Brexit deal would be reached amid fresh optimism over a breakthrough on one stocking point of state aid.

It seems like just like state aid, other sticking points will break, and the Brexit deal will be reached before the end of this year. This optimism lifted British Pound in the market against its rivals and pushed GBP/USD pair on the upside. However, some concerning news also circulated about the European Union being hard on fisheries issues in the market. E.U. had hardened its stance over the fisheries issue and said that Britain should be forced to hand over the same amount of fish as it used to do when it was an E.U. member. The rising concerns over fisheries sticking point limited the British Pound gains on Wednesday.

On the data front, at 12:32 GMT, the Halifax HPI from the United Kingdom for September rose to 1.6% from the projected 1.5% and supported British Pound. At 13:30 GMT, the Housing Price Index for the year in August dropped to 2.3% from the forecasted 3.4% and weighed on British Pound.

From the U.S. side, the Federal Reserve issued its meeting minutes from September, which showed that lawmakers were urging U.S. Congress to deliver the next round of stimulus package, and they were stressing the need for it.

The economic data was recovering much better than expected in Q2, but the fiscal government still needed support. Minutes failed to impress the U.S. dollar, and the pair GBP/USD continued to move higher.

British Pound investors will closely look forward to the speech of Governor of Bank of England Andrew Bailey to find fresh clues about the U.K. economic condition. On the data front, the Unemployment Claims form the U.S. will also greatly impact the GBP/USD pair’s prices on Thursday.

The GBP/USD is trading at 1.2930 level, heading north to complete Fibonacci retracement, especially after breaking the bullish channel at 1.2930. For the moment, the same level is anticipated to produce resistance to the GBP/USD pair. We may notice a bullish movement in Sterling, particularly in the wake of bullish correction unto 1.2930. Failure to violate this mark or closing candles beneath the 1.2930 mark is anticipated to drive selling bias unto the 1.2865 level. The MACD and RSI support bullish bias. However, the recent smaller histograms of MACD advise neutral bias among traders. Let’s consider taking buy over 1.2956 or selling below the same.

The Federal Reserve issued minutes from its recent meeting, which showed that officials were worried about what would happen if financial aid decreased or disappeared. Furthermore, on Wednesday, the Minneapolis Federal Reserve President Neel Kashkari said that the U.S. economy would face enormous consequences if the next round of stimulus packages were not approved soon. He stated that there were no moral hazards in issuing more aid, and further delay would cause a much worse downturn.

Kashkari added that unlike the 2008 financial crisis, the 2020 pandemic crisis was not born of financial system weakness, so financial aid must be approved to support airlines and other industries that were facing big damages. The comments from Kashkari raised concerns and helped improve risk sentiment that supported the USD/JPY pair’s bullish stance on the day.

Meanwhile, the Bank of Japan’s Governor Haruhiko Kuroda said that Japan’s economy was difficult, but it has started to pick up. He said that the impact of COVID-19 would be watched carefully to take additional steps in monetary easing. He added that Bank would not hesitate to further assess in time of need. Kuroda said that the Consumer Prices in Japan are likely to fall for the time being and will start to increase as the economy will improve. The comments from Kuroda also failed to provide any meaningful impact on the USD/JPY pair prices.

On the data front, the Leading Indicators from Japan were released at 10:00 GMT that came in line with 88.8% expectations. Furthermore, the U.S. President Donald Trump said that Republicans would not proceed with the negotiations on the U.S. Stimulus package with Democrats as they were proposing a $2.4 trillion package and Republicans were ready for only a $1.6 trillion packages. However, on Wednesday, Trump backed from his statement and asked for more aid from U.S. Congress for Americans, especially for airline workers and small businesses.

The flip of Trump raised risk sentiment in the market and weighed on the safe-haven Japanese Yen that lifted the USD/JPY pair. Moreover, the risk-sentiment was further bolstered by the news that the US FDA has said that the developed vaccine’s availability will be delayed until after the U.S. presidential elections on 03rd November. It also affected the Japanese Yen due to its safe-haven status and supported the USD/JPY pair is an upward trend.

The USD/JPY pair has violated the ascending triangle pattern at 105.800 level, and now the same level is working as a support for the safe-haven pair. On the higher side, the USD/JPY pair can continue its bullish bias until the 106.270 level. However, we can expect USD/JPY to retrace back until the support level of 105.800 level before showing us a bullish trend. Let us wait to buy over 105.800, but if the pair breaks below this level, the next support will prevail at the 105.450 level. Good luck!