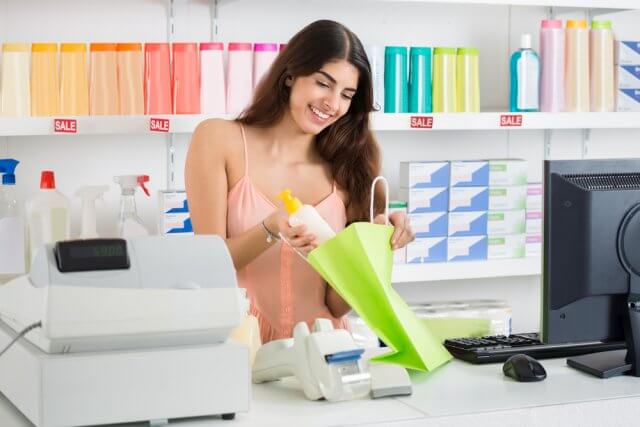 On the news front, the focus will remain on the U.S. Prelim Consumer Confidence and C.B. Leading Index m/m, which are expected to report mixed outcomes and drive choppy movement in the U.S. dollar. Let’s focus on technical levels today.

The EUR/USD pair closed at 1.18402 after placing a high of 1.19058 and a low of 1.17997. The EUR/USD pair rose to its highest since November 9 and reversed its direction after that, and continued placing losses for the day. The decline in the EUR/USD pair despite the improved risk sentiment was due to the U.S. dollar’s strength. The risk-on market sentiment was supported by the latest optimism from various vaccine developments. In contrast, the strength in the U.S. dollar was derived from better-than-expected U.S. macroeconomic data on Monday.

A British pharmaceutical AstraZeneca announced that its potential vaccine was more than 90% effective in its clinical trials for protecting the coronavirus. The first dosage of its vaccine provides 70% protection, while the second dosage could increase the efficacy rate to 90%.

AstraZeneca also said that it would be cheaper than its rival Pfizer vaccine as it can be stored at refrigerator temperature while Pfizer’s vaccine requires a frozen temperature that could make its cost of distribution higher.

Meanwhile, the risk sentiment was also supported by the reports that the US FDA has approved the antibody-drug used by U.S. President Donald Trump last month during his treatment of coronavirus for emergency use. These optimistic reports gave the EUR/USD pair strength in the earlier session and pushed its prices to their highest since November 9.

The mixed data from Eurozone related to business activity failed to provide any significant movement in EUR/USD pair while the currency pair followed the U.S. dollar movement after the release of macroeconomic data in the American session.

The EUR/USD traded sharply bearish, falling from 1.1866 level to 1.1816 support level, which is extended by double bottom level. Closing of a candle over 1.1816 is supported by bullish correction, but at the same time, the EUR/USD pair may also head further higher until the 1.1866 resistance mark. On the 2 hour timeframe, the EUR/USD pair was supported by an upward trendline, which got violated on Monday, and now the same trendline is supporting EUR/USD pair. Let’s look for a selling trade below the 1.1866 level today.

The GBP/USD pair closed at 1.33222 after a high of 1.33975 and a low of 1.32636. The British Pound raised to its 10-weeks high level and then gave up some gains against the U.S. dollar in late trading sessions on the back of U.S. dollar strength. The rise in GBP/USD pair came in after the rising optimism over a Brexit deal after the European Commission reportedly told E.U. ambassadors that 95% of a post-Brexit deal had been agreed. The deal might be announced over the coming days to allow sufficient time for ratification by the European Parliament before year-end, possibly just the week after Christmas.

Meanwhile, on Monday, the Governor of Bank of England Andrew Bailey said that the long-term effects of a no-deal Brexit on the economy would be worse than the coronavirus pandemic’s long-term impacts. He added that he was relatively optimistic about the economy’s ability to recover from the coronavirus outbreak, but it would be more difficult to adjust with the U.K. trading with the E.U. on World Trade Organization terms.

These concerns added pressure on risk-on market sentiment and made GBP/USD pair to lost some of its earlier daily losses.

Furthermore, Prime Minister Boris Johnson confirmed that the England lockdown would be lifted on December 2, though regional restrictions would be kept to stop coronavirus spread. The second lockdown miscued the U.K. economy that the economy could slip into a double-dip recession and these concerns also added pressure on the GBP/USD pair that lost some of its earlier daily gains.

The GBP/USD traded bearishly at 1.3290, but it now seems to bounce off over the support area of the 1.3292 level. On the higher side, the pair may go after the resistance level of 1.3394. Over there’s an upward trendline that is supporting Sterling on the 2-hour timeframe. Below the 1.3292 level, the Cable may find support at the 1.3240 level while the RSI and MACD are in support of buying. Thus we should consider taking buying trade over the 1.3292 level to target 1.3394.

The USD/JPY pair closed at 104.544 after placing a high of 104.635 and a low of 103.681. The USD/JPY pair rose by about 100 pips on Monday after the U.S. dollar became strong across the board. The strength of the greenback was derived from the release of macroeconomic data from the U.S.

The better-than-expected U.S. business activity data showed that it was expanded in November at its fastest rate in more than five years and boosted optimism about the U.S. economy’s health that lifted the U.S. dollar, and provided strength to the rising USD/JPY pair.

Other than economic data, the USD/JPY pair was also supported by the market’s rising risk sentiment. The risk sentiment was supported by the latest optimism regarding vaccine developments from different countries. AstraZeneca, the British pharmaceutical, said that its vaccine was 70% effective on the first dosage and 90% effective on the second dosage.

On Monday, another positive news was that Regeneron’s coronavirus antibody cocktail that President Donald Trump used last month when he was hospitalized with COVID-19 had been approved for an emergency authorization use by the US FDA. There were also reports that the vaccine developed by Pfizer and BioNtech will likely be approved by the US FDA by December 11 and will be available for Americans to use.

With more progress in the vaccine area, lifting the lockdown restrictions increased along with the chances for an economic recovery that raised the risk sentiment and weighed on the safe-haven Japanese Yen that added gains in the USD/JPY pair. However, the pandemic hit economy still needs further support from governments to go through the crisis, and that is why investors were hopeful that the Fed and European Central Banks would likely issue more stimulus aid in December. The USD/JPY pair will likely rise as the risk sentiment has been improved after vaccine development progress.