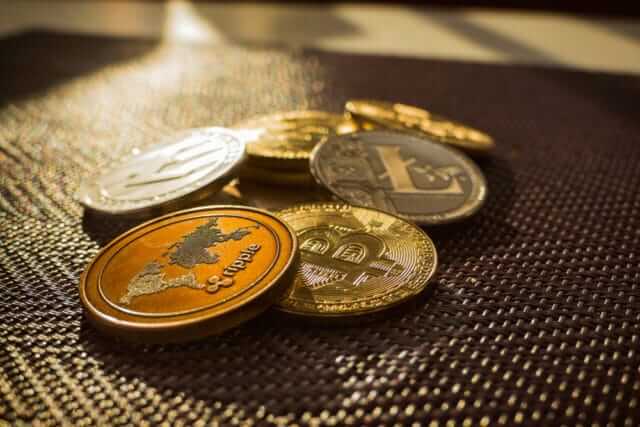 The cryptocurrency market had an interesting weekend. Most cryptocurrencies had a price spike at the start of the weekend, followed by a sharp decline after it. If we take a look at the past 24 hours, Bitcoin went down 0.47%, and it is now trading at $8,440. Ethereum gained 0.67%, while XRP went down 0.39%.

Of the top100 cryptocurrencies by market cap, the biggest gainer is Dx Chain Token, with 18.17% daily gain. The biggest loser of the day was Aurora, which lost 8.91% of its value.

Bitcoin’s dominance remained at the same place from the last time we checked the markets. Its dominance now sits at 65.72%. 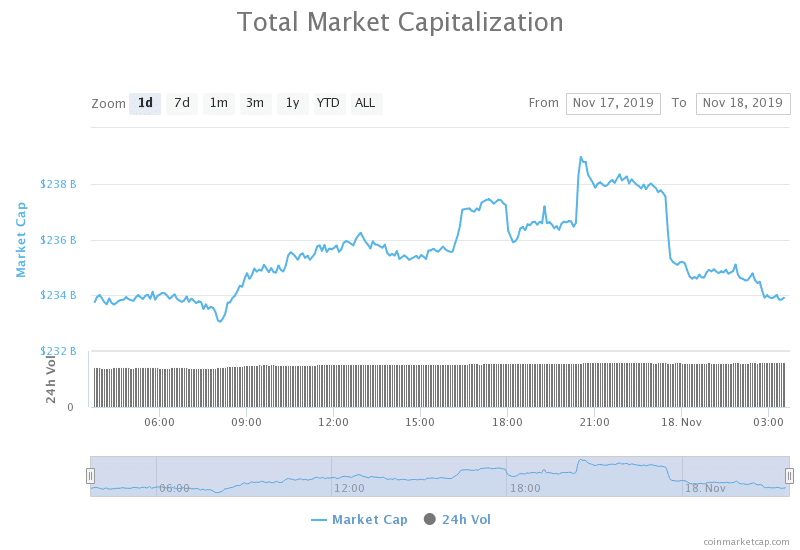 The cryptocurrency market as a whole now has a market capitalization of $233.84 billion, which represents a slight decrease when compared to the value it had before the weekend.

Wyoming passed legislation that authorized charters for Special Purpose Depository Institutions (or SPDI banks), the first-of-their-kind commercial-grade bank that allows companies dealing in cryptocurrencies to conduct its business in the same manner as any other non-cryptocurrency company would.

In other news, Venezuelan President Nicholas Maduro announced that the retirees and pensioners will receive their Christmas bonus in the form of the newly-created national cryptocurrency Petro.

Bitcoin had a turbulent weekend. As the weekend started, its price tried to overcome the $8,820 level but failed. It passed $8,640 to the downside as a response to the lack of bull power. This move paints a very unclear picture of the future Bitcoin movements as there are no clear-set support lines that the price can anchor to.

Bitcoin’s volume is even lower than before the weekend, with RSI heading towards the oversold territory. Key levels have not changed, as there have been no significant price movements.

Ethereum broke the range it was trading at before the weekend started. As the price fell below the $185 line, it found new support at $178.6. The price tested the newfound support at one point during the weekend, but the bulls quickly reacted and brought Ethereum above it. Ethereum is currently retesting the resistance level of $185.

XRP is, similar to Bitcoin, stuck in a price limbo. As it fell below its major support of $0.266, it had no clear support lines to anchor to. With the first major key support level being $0.245, XRP is now roaming freely between this level and the $0.266 level, which now became resistance. At one point during the weekend, XRP attempted to break the resistance level to the upside, but failed and tumbled down from 0.266 to the current $0.26.

The key levels remain the same as they were before the weekend as XRP didn’t pass any key levels up or down.