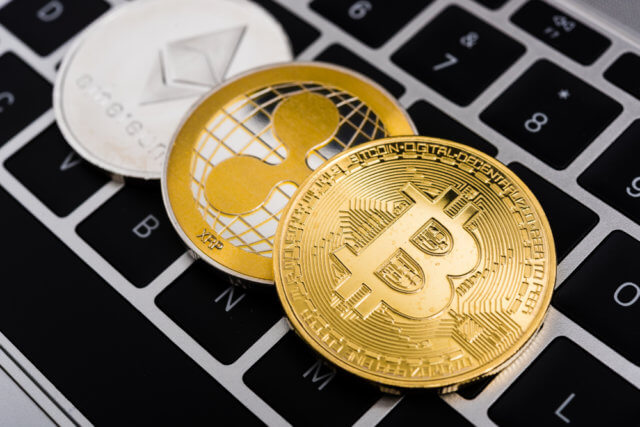 The cryptocurrency market had yet another great day. The majority of the crypto market ended up in the green and made some great progress to the upside. As far as daily price changes go, Bitcoin’s price went up 4.24%. It is currently trading for $7,887. Meanwhile, Ethereum gained 1.19%, while XRP gained 3.81% on the day. 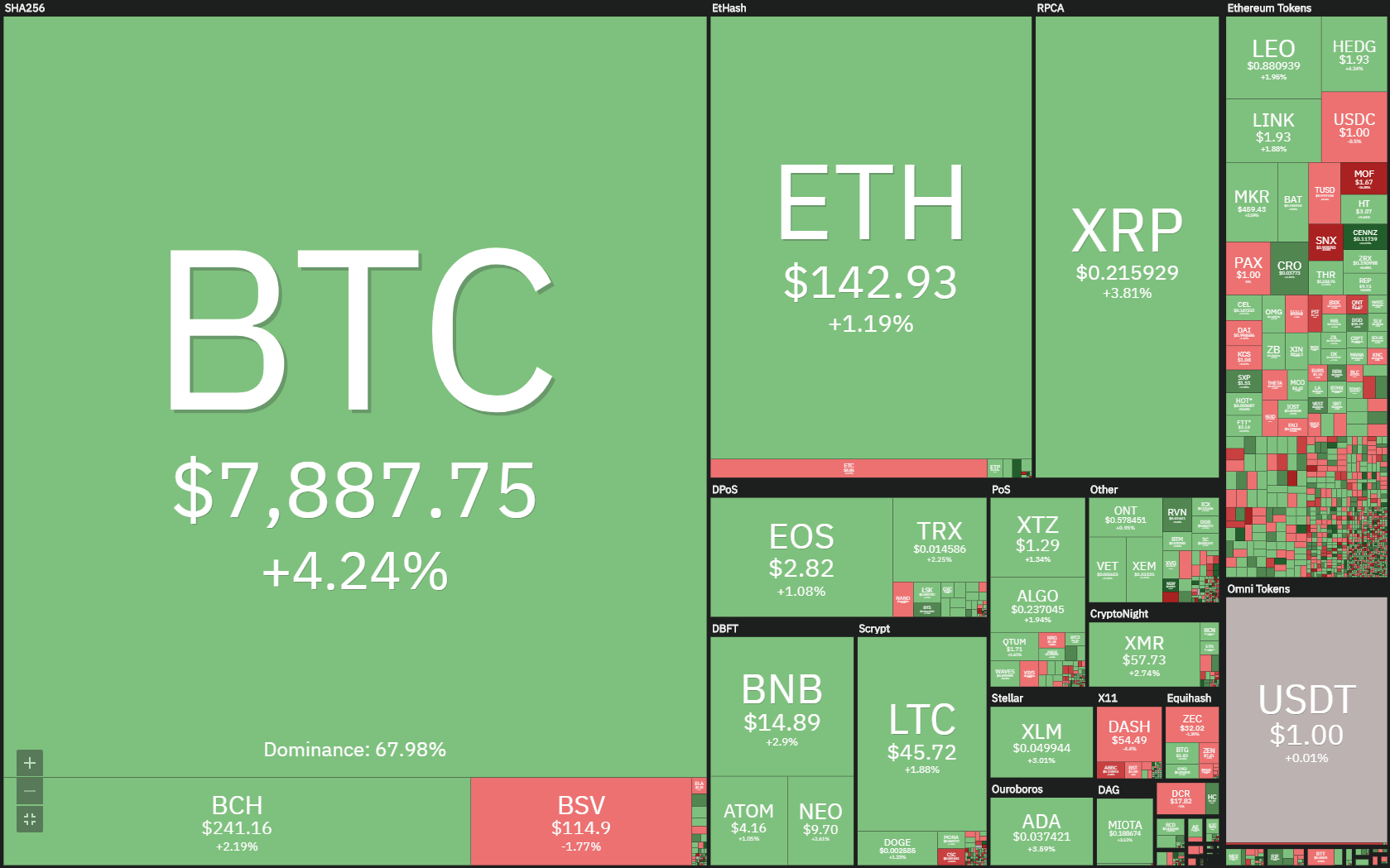 Bitcoin’s dominance increased by a fraction of a percent in the past 24 hours. Its dominance is now at 67.98, which represents an increase of 0.29% from Friday’s value. 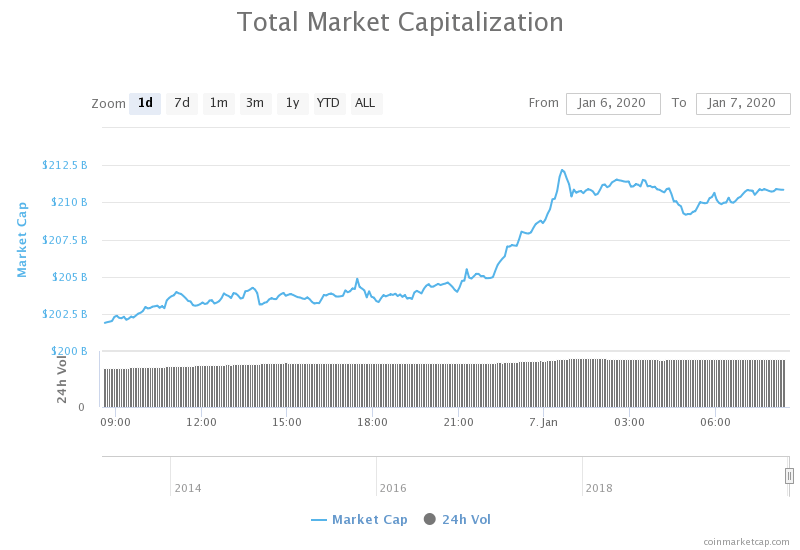 The cryptocurrency market capitalization increased by almost $10 billion just in the past 24 hours. It is currently valued at $210.92 billion. This value represents an increase of $8.24 billion when compared to the value it had when we last reported.

The United States’ state of Virginia is looking into studying blockchain to improve its election process and voting.

A new bill which involved a request to study blockchain-based elections was prefiled on Dec. 27 and scheduled for offering on Jan. 8. The bill is called House Joint Resolution 23 and asks the Department of Elections to investigate and dettermine whether blockchain technology will improve the security of voter records and election results.

Bitcoin bulls were not stagnant today either. After Bitcoin’s price moved explosively to the upside yesterday, it did the same today as well. During the yesterday’s price increase, Bitcoin broke the $7,260, $7,415 and $7,525 resistances. In the most recent price movement, it managed to break the $7,780 resistance as well. It is now consolidating right above $7,780 whcih now turned support.

Bitcoin’s RSI is deep inside the overbought territory, while its volume was extremely high during the spike and is currently reducing to average daily levels.

Ethereum did not stay stagnant either. It continued its move to the upside after breaking the descending trend line and made some solid gains yet again. Ethereum ended the move right below the $141.15 resistance line yesterday. In the past 24 hours, that line of resistance was broken, and Ethereum is now consolidating above it.

Its RSI stepped into the overbought territory but went out of it shortly after. Ethereum’s volume is above average for a couple of days already.

XRP’s move to the upside went from $0.185 to $0.211 yesterday. Most analysts thought that this is where the move would end, but XRP pushed through and broke the $0.211 resistance line. On top of that, it gained more momentum and broke the $0.221 resistance as well. However, once it could not break through its next obstacle ($0.227), the price tumbled down at $0.216. XRP is now trying to consolidate.

XRP’s RSI left the overbought territory once the price started going down. Its volume is extremely high throughout the day.