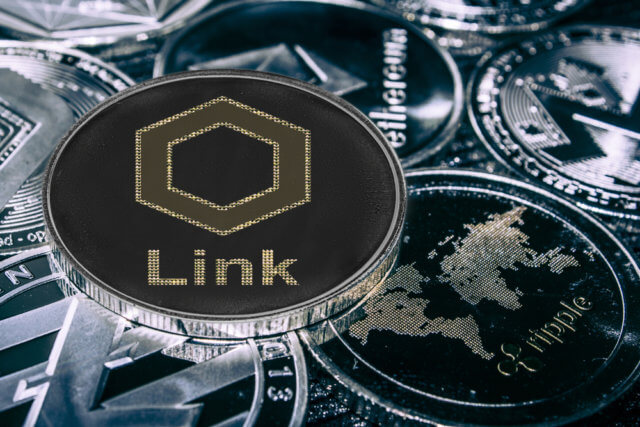 The crypto market continued its path down and lost some value as a whole. Bitcoin is currently trading for $9,170, which represents a 3.78% decrease on the day. Meanwhile, Ethereum lost 6.59% on the day, while XRP lost 7.89%. 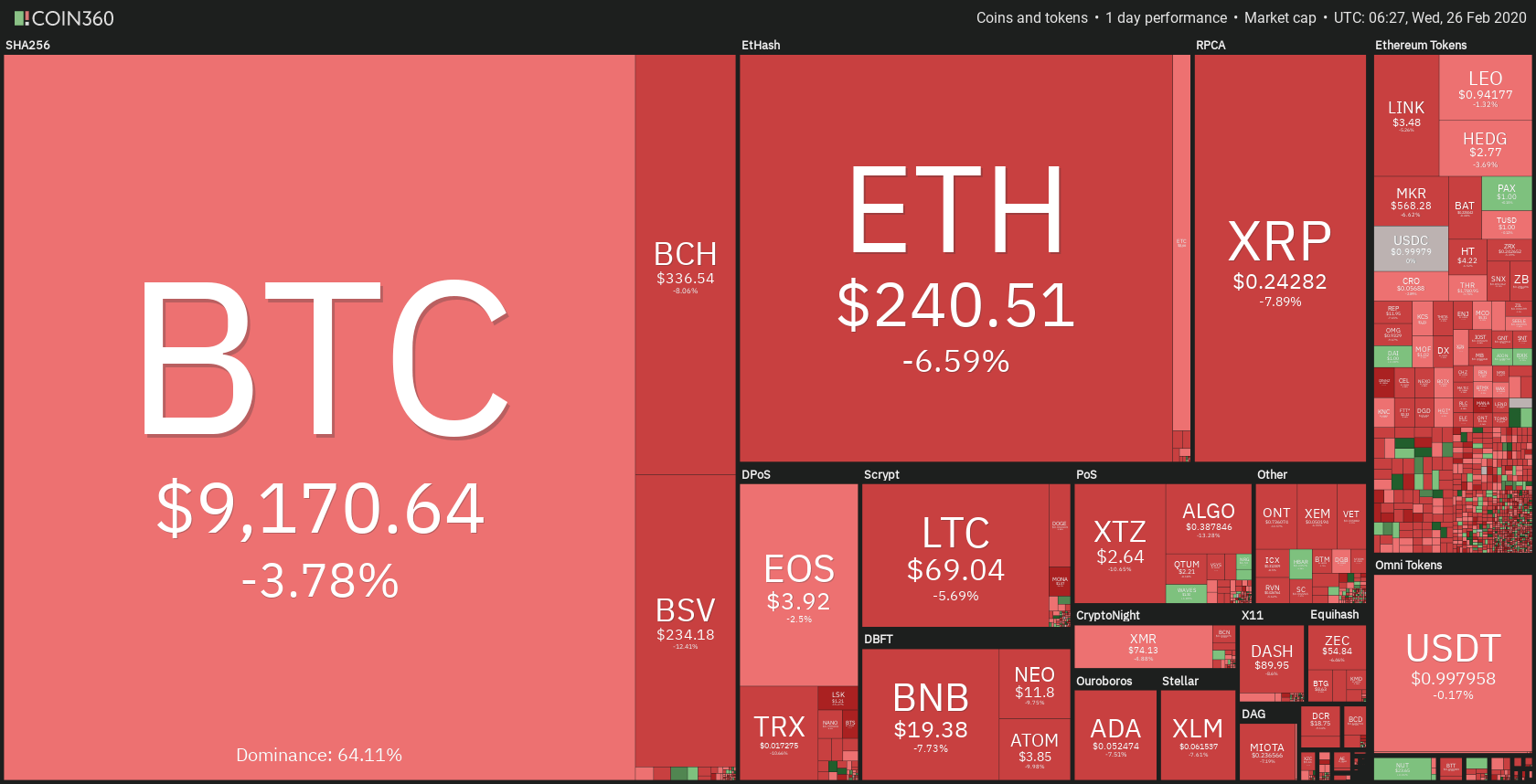 Bitcoin’s gained some dominance in the past 24 hours. Its value is now 64.11%, which represents a 0.73 difference to the upside when compared to the value from when we last reported. 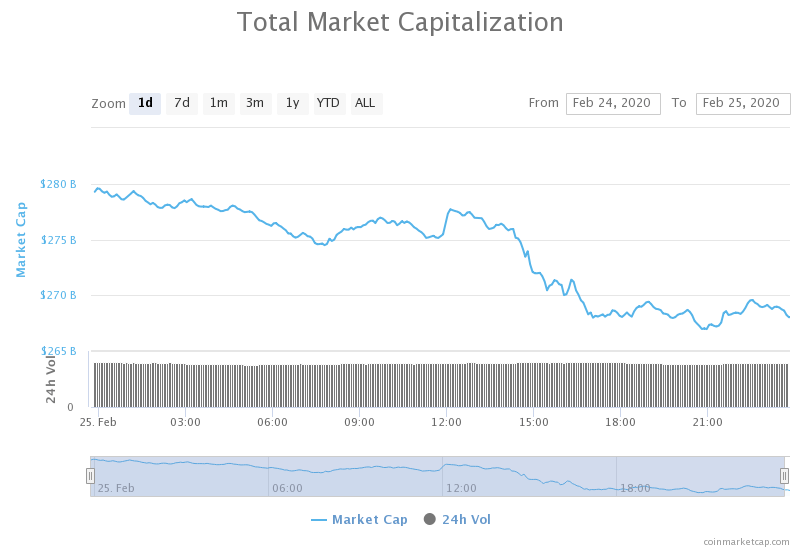 The cryptocurrency market capitalization a lot of its value over the past 24 hours. It is currently valued at $261.62 billion, which represents a decrease of $13.63 billion when its value is compared to the value it had yesterday.

Coinbase announced that the company became a principal member of Visa on Feb 19. Coinbase, which is one of the biggest crypto exchanges in the world, is now able to issue their own debit cards without involving any third parties.

While Coinbase didn’t share what it would do in the future, its new status grants it the possibility to issue debit cards to other cryptocurrency firms. This development certainly marks an important milestone for the cryptocurrency payments sector.

Polkadot is preparing for its upcoming network launch after the reveal that they will be integrating with Chainlink. The integration of Chainlink oracles could be crucial for the development of DeFi (Polkadot decentralized finance) as well as other advanced smart contracts.

Chainlink has completed its initial integration on Kusama, which is a canary network for Polkadot (similar to a testnet).

Bitcoin continued to move downwards as a prolonged Feb 24 bearish move. The largest cryptocurrency fell under the $9,255 support, which could not hold the bear pressure for long. The RSI finally entered the oversold area where the bear move stopped (for now) and BTC started consolidating.

Bitcoin’s volume is average for this week. It’s RSI level is currently in the oversold territory.

Ethereum’s price took an even bigger hit than Bitcoin’s. The second-largest cryptocurrency continued its move down and dropped under the $251.3 support as well as under the $240 one. However, bulls came to the market and pushed the price slightly above the $240 support, which is where ETH’s price is at right now.

Ethereum’s volume average when compared to volumes from this week, while its RSI level is currently just above the oversold territory on the 4-hour chart.

XRP performed the worst out of the top3 cryptos in the past 24 hours. After its price fell below the $0.266 major support (now resistance), the outlook quickly became bearish. However, the drop did not end there, as XRP managed to break $0.2454 to the downside as well. Its price is now right under this level.

XRP’s volume quite low, with the exception of one candlestick, which brought its price below $0.2454. Its RSI level is currently sitting in oversold territory.