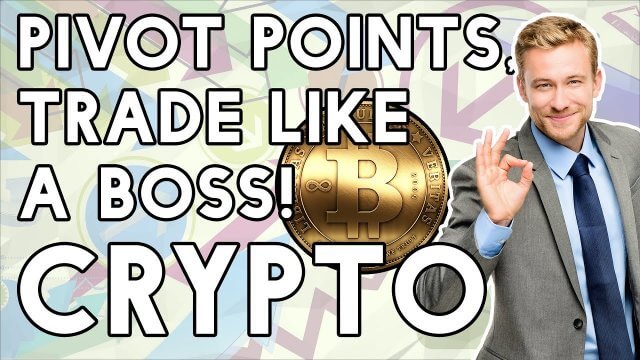 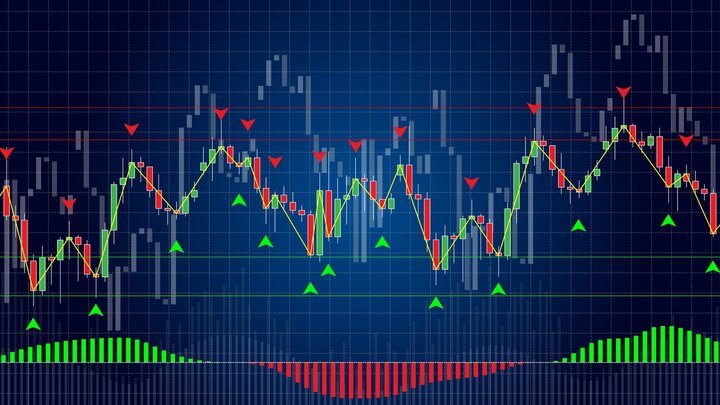 What are pivot points?
Pivot points are a pattern repetition indicator that is used to predict support and resistance levels. They can also help determine the overall market trends.
The most common way to use and calculate a pivot point is the so-called “five-point system.” This system comprises of an average of the numerical high, low as well as close of the previous trading period. These numbers are used to plot a course for five levels: two sets of resistance levels, two sets of supports, and a “pivot point.”

While it is possible to utilize pivot points on longer time frames, common practice looks at the smaller time frames such as 4-hour, 1-hour, 30, and 15-minute charts.
When used alongside other indicators such as the MACD and the RSI, traders can ensure the legitimacy and significance of their predictions. 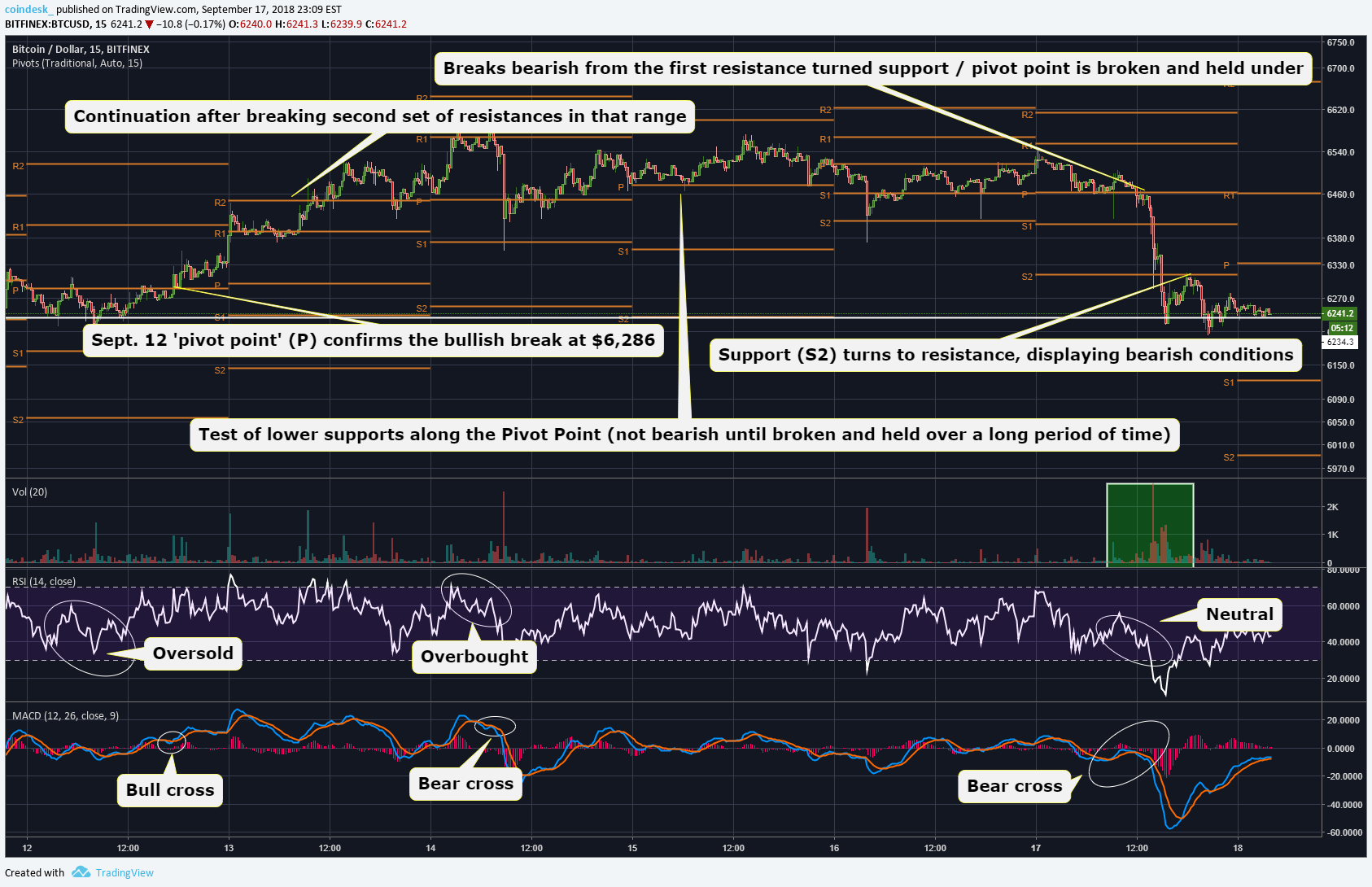 An example shows the Bitcoin chart above with resistance levels marked as “R1” and “R2,” and support levels marked as “S1” and “S2.” The pivot point is marked as “P.”
Some traders end up using up to four resistance and support levels.
The first example shows that the pivot point acted as a threshold for prices to go bullish for continuation, therefore confirming the legitimacy of the move $6,285.
The RSI showed oversold conditions just before the breakout, and the MACD printed a bull cross, which added an additional layer of confirmation to this bullish move.
After a few unsuccessful attempts to surpass the R1 resistance level, Bitcoin plummeted on Sept. 14.
Finally, Bitcoin’s price went under the pivot, as well as both supports on Sept. 17.
Each of these moves had multiple indicators that confirmed the market sentiment moves as either a support and resistance test or a legit rally or breakdown.

Pivot points are certainly a useful addition to a trader’s technical toolbox that allows them to confirm the support and resistance levels, as well as to judge the strength of big price moves.