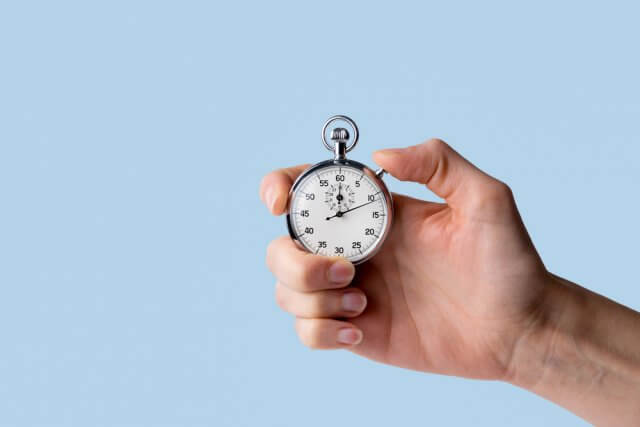 Divergence is a powerful tool in trading. It works like a charm when used correctly. However, traders enter right after they spot a divergence, which is an incorrect method to trade it. Early entry can lead to spikes or wrong comprehension; as a result, executing your stop loss. Thus, precise entries are as crucial as understanding divergence. This shall go over some tips and tricks to not enter early in a trade.

When we spot a regular divergence, the market does not reverse immediately. The majority of the time, it goes through a consolidation phase. And patiently waiting through the price action is necessary. Here is an example that explains how long a trader must wait before taking the trade.

Below is the chart of GBP against CAD on the 15mins time frame. Reading from the left, the market was in a downtrend, making lower lows and lower highs. In the second lower low, we see that the indicator failed to make a lower low but made a higher low instead. There are several ways through which the market can reverse its direction. The double confirmation rule is for the situations when the market holds above the S&R level (purple ray).

According to the rule, the price must successfully hold above the S&R level two times. This is a confirmation that the S&R level has potentially turned into Support. So, when the rule is satisfied, you can place a buy order right at the S&R level. A logical Stop Loss must be maintained a few pips below the start of the buyer who broke above the S&R. Whereas a safe Take Profit can be at a strong Supply area.

The previous case dealt when the scenario when the market held above the S&R level. Conversely, this is a scenario when the market holds below the S&R. Let us understand the spike confirmation entry with an example from real charts. Below is the chart of EUR against USD on the 15mins time frame. Initially, the market was trending down with lower lows. From the most recent low, we see that the price moved down, but the MACD indicator is faced up, indicating divergence. 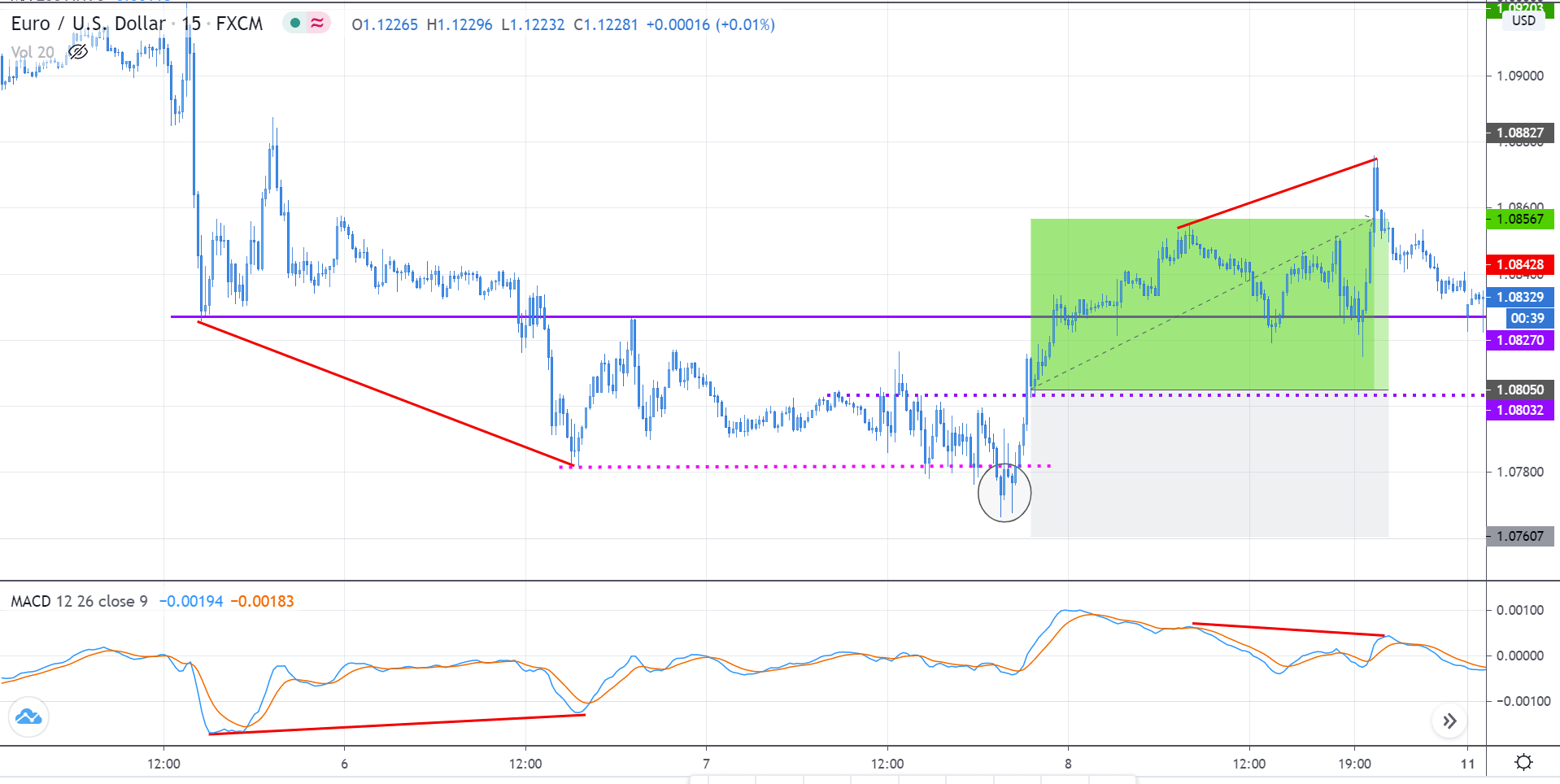 Once the buyers come up strong, you can trigger a buy at the most recent S&R (dotted line). The Stop Loss will go right below the area where the sellers had failed. Take Profit can be at a potential supply area. But in this case, we see a divergence when the price made a higher high. Thus, the positions must be liquidated in the area shown in the chart.

Note that the same principles can be applied to an uptrend as well. These were only a couple of effective ways to enter using divergence. As you gain experience, you come with your own rules too.