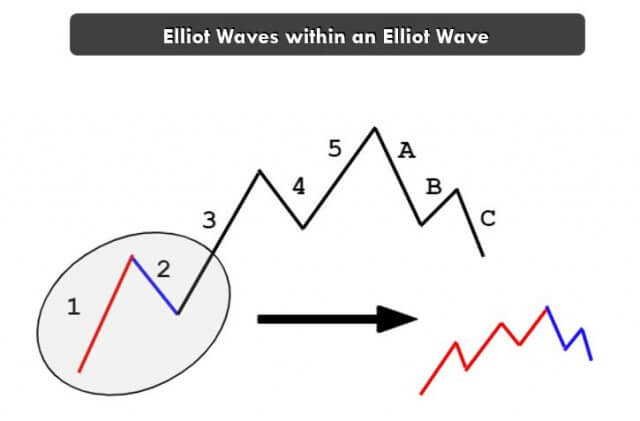 The Top-down approach can be considered as a synonym for fractals. In the Elliot wave theory, each wave is made of sub-waves and so on. In an uptrend, the 5-wave impulsive pattern faces upside. In these five waves, waves 1, 3, and 5 are towards the overall trend, while waves 2 and 4 against the trend. 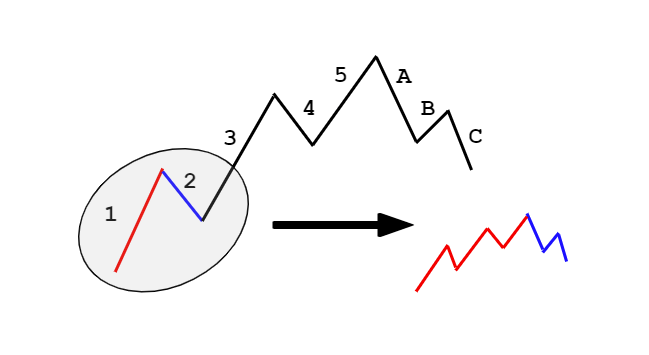 The Ordering and Labelling of Elliot Waves

We know that every wave can be broken into smaller waves and so on. But referring to these waves becomes the challenging part. So, to make simplify the labeling of these waves, Elliot has assigned a series of categories to the waves in terms of its size (from largest to the smallest).

We saw that every Elliot wave is made up of another miniature Elliot wave, and this break-down goes forever. But, according to Elliot, the degree identification is not a necessary factor in Elliot wave analysis. As a trader, our goal is not to assign the right degree to the wave pattern but to just understand the timeframe in which it is occurring. In the end, all that matters is the basic analysis of the wave theory. The identification of degree always remains secondary. Cheers.